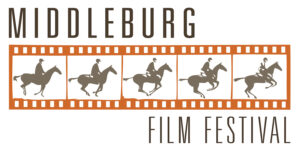 Founded in 2013, the Middleburg Film Festival, like many similar events, was forced into virtual screenings last year. Now it is back, Thursday-Sunday, October 14-17, running live and in person (albeit with social distancing, vaccinations, and COVID-test protocols in place), with 34 feature films on its docket. I’ll be there again, and am looking forward to returning to a festival that always offers interesting movies, complete with terrific Q&As with filmmakers and actors, all in a beautiful setting less than an hour from our nation’s capital. The first film, The Rescue, screens Thursday at 3pm, with the official opening night headliner, King Richard, following at 7:30pm. From there, more terrific selections follow, including Kenneth Branagh’s Belfast, Paolo Sorrentino’s The Hand of God, Jane Campion’s The Power of the Dog, Sean Baker’s Red Rocket, and Pablo Larraín’s Spencer, among many others.

I haven’t seen any of those last five, but I have seen the five movies listed below (as well as others) and can recommend them all. What follows are brief capsule reviews of them, all but one taken from reviews written at previous film festivals, either for this site or for Hammer to Nail, where I also contribute. Remember to check out the festival’s website for complete details on ticketing and more. Enjoy!

15-year-old Chiara seems like a typical affluent teen, content in her privilege and not particularly sensitive towards those who have less. The middle daughter of three, she is ready to grow up, already, a bit envious of her older sibling, Giulia, who turns 18 soon after we meet her. It’s at that latter’s birthday party that Chiara’s ostensibly charmed life falls apart, the family patriarch disappearing that night, his car exploding in the aftermath. Nothing is quite how it has appeared, and Chiara will soon have to indeed grow up, though not in the way she imagined. Such is the set-up of Jonas Carpignano’s A Chiara, his third feature in a loose trilogy—begun with his 2015 Mediterranea and continued with his 2017 A Ciambra—set in the southern Italian region of Calabria (the tip of mainland Italy’s boot). In it, the director takes a sometimes-unlikable protagonist and puts her through her paces, delivering a fascinating portrait of the human capacity for change. Though a little long and sometimes narratively uneven, it offers a mostly gripping drama of loss and quasi-redemption.

There have been some terrific animated documentaries in the past two decades, among them Ari Folman’s Oscar-nominated Waltz with Bashir and Keith Maitland’s Tower, not to mention the likewise Oscar-nominated short Last Day of Freedom, from Dee Hibbert-Jones and Nomi Talisman. Now comes Jonas Poher Rasmussen’s Flee, which tells of an Afghan refugee from the early ‘90s civil war and his journey to Denmark. Rasmussen (What He Did) went to high school with his protagonist, Amin, and the two have an easy rapport, though there are many details to the story that the director only learns through the process of filmmaking. The animation brings the narrative alive, Amin’s interview seamlessly blending into evocative recreations of his past. An examination of the inequities of immigration and asylum-seeking, the movie is also a coming-out chronicle, as Amin is gay, something that proved difficult for him to admit to himself and to his family. That’s just one of the many elements that make Flee so consistently moving and engaging.

Lyrical images in soft shades of gray, composed with exacting precision, grab our attention from the start, carrying us inexorably forward towards a surprising, if inevitable, tragedy. Such is the stunning visual landscape of actress Rebecca Hall’s directorial debut, Passing, an adaptation of Nella Larsen’s eponymous 1929 novel of the Harlem Renaissance. Each frame is a work of studied art, the meticulous attention to detail an apt metaphor for the carefully constructed reality of the onscreen characters. Hard-fought African-American success is always a tenuous thing (witness the Tulsa massacres of 1921), made more so here by a central figure who both rejects and longs for her heritage. Beyond the racial dualities, there are those of gender, sexual identity/preference, and class; everyone is “passing” for someone else, in a way. As complex a story as they come, Passing immerses the viewer in both beauty and melancholia, a catharsis for examining our fraught national history.

In Petite Maman, French director Céline Sciamma (Portrait of a Lady on Fire) crafts a fable that is as lovely as it is powerful. To all who have ever wondered what their parents were like when young, the film offers an answer simultaneously self-evident and revelatory: they were like us, but different. And so begins an adventure that fills the soul with joy even as it practices remarkable emotional restraint. There is no cloying cinematic sentiment here—no swelling music to tell us how to feel—just raw feeling in all its eloquent perfection. Though there are supernatural forces at work, what makes the story work is the gentle naturalism of the affair. The performances of all involved, especially of the two girls at the center, feel like regular behavior, rather than acting, the camera never intrusive in its almost casual observation of this ordinary, beautiful world. Imagine a fairy tale shot like a documentary, and you’ll have a sense of the appeal. No matter how one describes it, however, Petite Maman is pure magic.

Who We Are: A Chronicle of Racism in America (Emily Kunstler/Sarah Kunstler) [excerpted from my Hammer to Nail review out of the 2021 SXSW Film Festival]

Jeffery Robinson has a lot on his mind. He not only comes to the issues of civil rights and systemic racism from a personal vantage point as an African American, but with a deep knowledge of our nation’s legal history thanks to his work for the ACLU. He’s their deputy legal director and director of the ACLU Trone Center for Justice and Equality. Despite these qualifications, he nevertheless admits that even he did not know all the sordid details of how Blacks in the United States have been subjugated since their arrival as slaves. Now, though, he is ready to talk. The result, Who We Are: A Chronicle of Racism in America, is a gripping, if long, lecture-cum-documentary, supported by copious interviews and other material gathered as Robinson travels the U.S. to visit various markers of both his and America’s journey to the present.

Other films playing that I also recommend include Becoming Cousteau, Bergman Island, Bernstein’s Wall, Jockey, and Julia. Whatever you decide to see, there’s a good chance it will prove interesting. Enjoy!