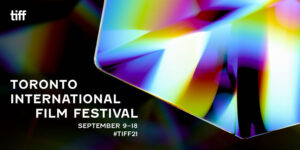 Luckily for me (and for you, dear reader), I had a chance to watch, ahead of time, six films playing at TIFF 2021. Some are making their world premieres at the festival, while others have already played at SXSW and Telluride. Below are brief capsule reviews of each, in alphabetical order.

Fresh off its Telluride premiere, Liz Garbus’s portrait of the great French undersea explorer Jacques-Yves Cousteau proves comprehensive in its examination of the man’s many achievements, if a little less so of his emotional life. Though I grew up watching his many television programs and films, I had no idea that he was both co-inventor of the Aqua-Lung (that regulated breathing apparatus that allows people to scuba dive) and creator of the first waterproof cases for film cameras. That latter invention makes especial sense given that Cousteau once declared, “The only field in which I feel gifted is cinema.” And it’s true that, thanks to his media output, he did more to transmit a love for the oceans than anyone else of his generation, though it was only later in life that he would become an environmentalist, realizing how much damage he and others had done to our planet. Garbus (All In: The Fight for Democracy) makes sure we know all about the early research (including destruction of seabeds) Cousteau and his team did on behalf of oil companies (which he would later regret, though he needed the money at the time). To all his fans, this documentary is a true treasure. To everyone else, it serves as a perfect introduction to his work.

Another documentary, this one premiering at TIFF, Stefan Forbes’s Hold Your Fire dissects, in great detail, the ill-fated 1973 robbery of a Brooklyn, New York, sporting-goods store. By the end, after an almost 48-hour standoff, there would be one dead police officer and many traumatized hostages (as well as some traumatized robbers, too). Out of it would come a firmer commitment on the part of the New York Police Department (NYPD) to further develop their growing hostage-negotiation team, though it would mainly be the FBI and foreign departments that would take up that mantle. Using copious survivor interviews, including with both perpetrators and police, Forbes (Boogie Man: The Lee Atwater Story) creates a powerful meditation on crime, racism, violence, and the power of conversation. Best of all, he shows that everybody, no matter how they appear in actions or words, is capable of great complexity. To be watched and savored.

Ah, the wonderful Julia Child … Born into high privilege and equally great ennui in Pasadena, California, in 1912 , she sought adventure and travel during World War II, eventually meeting an older man, Paul Child, whom she would marry but hardly settle down with. Together, they moved to France for his foreign-service job, and there Julia would, at long last, find her calling in an appreciation of the country’s culinary delights. Enrolling in cooking classes, she labored hard to learn the craft of haute (and more ordinary) cuisine, eventually working even harder as an ambassador of French food in the United States. Teamed up with two other women, she published her seminal volume Mastering the Art of French Cooking in 1961 (a second volume followed later. In 1962, she debuted on Boston’s WGBH television station in “The French Chef,” and a star was born. Tall, 50 years old and with a highly distinctive voice, she was an unlikely new media celebrity, yet so she became, remaining in the spotlight until close to her death in 2004, at 92. In their latest documentary, Julia, which premiered at Telluride, directors Julie Cohen and Betsy West (RBG) do it again, offering a moving and profound tribute to yet another inspiring icon.

Making her feature debut with To Kill the Beast (another TIFF premiere), Argentinian director Agustina San Martín delivers a lyrical dose of cinematic fabulism. Nominally about both an evil spirit wandering the border between Argentina and Brazil and the disappearance of a young man, the movie is as much exploration of sexual identity as anything else. Filling her world with jungle mists and sounds, San Martín wraps the viewer in a dreamscape where soul-searching is a sweaty, sensuous exercise. Protagonist Emilia (first-timer Tamara Rocca) spends much time looking for her lost brother, only to discover her own true self along the way. Gorgeously photographed, often in long-duration takes, this experimental narrative defies expectations of plot and resolution, preferring to marinate in the juices of long-held gazes, pregnant pauses, and explosive liberation. Is the beast that emerges from the trees real or just the symbol of oppression (patriarchal or otherwise)? I’m not sure, but in the asking lies the pleasure of the experience.

Another experimental work that examines the fraught realities of female identity, Violet, from actress-turned-director Justine Bateman (here making her feature debut behind the camera), which premiered at SXSW, stars Olivia Munn (Love Wedding Repeat) as a woman so consumed by fear that her thoughts are filled with the voice of a badgering man (Justin Theroux, Mute) telling offering constant criticism. At the same time, onscreen text fills in additional desires, sometimes in opposition to, and at other times in agreement with, the voice’s instructions. A film executive at a small production company, Violet should be confident of her upward career trajectory, but is instead hobbled by insecurities and self-loathing. Should she date her hunky childhood best friend, Red (Luke Bracey, American Dream), a mere screenwriter but the man she really wants, or the studio suit whose blessing would open up further opportunities? Should she make the small arthouse project she dreams about or jettison it in favor of more commercial fare? Guess which way the voice pushes her? In all cases, she is not worthy of joy, so no use in bothering. In powerful bursts, however, Bateman changes the narrative in unexpected ways … though at the end of the day they’re not all that surprising. Nor does the movie entirely avoid schematic posturing. Nevertheless, it is effective even when didactic, and Munn is terrific.

Finally, there is The Wheel, from Steve Pink (Hot Tub Time Machine), premiering at TIFF, which similarly traffics in expositional overreach yet features such strong performances that we quickly ignore that which feels like a polemic. Taylor Gray (Thunderstruck) and Amber Midthunder (The Ice Road) star as Walker and Albee, a twentysomething couple who married young and are now, 8 years later, very much on the fritz. Walker’s planned weekend getaway in the mountains quickly turns sour (or, more accurately, never has a chance to start sweet), yet he perseveres, despite Albee’s clear reluctance to repair that which is broken. The owners of the bed and breakfast, soon to be married, try to help—or at least one of them, Carly (Bethany Anne Lind, Blood on Her Name), does—but they have their own issues which soon come to light. Through painful conversations, staged like couples therapy, we slowly learn what might lie at the heart of everyone’s various conflicts. Healing takes understanding and, more importantly, listening; in often heartrending moments, our characters struggle with that last directive above all. There are no easy solutions, so hang on to your emotional hats.

For tickets to these and other films, check out the festival website. Enjoy!