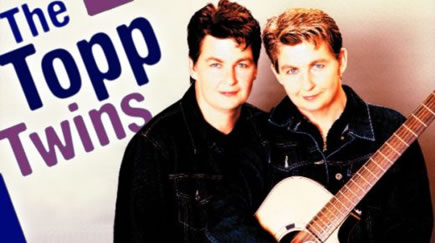 While Amsterdam certainly boasts its own unique cast of characters that one can observe on the streets, in the stores and the coffee shops, some of the most intriguing people I met during my stay at IDFA were on the film screen. When you immerse yourself in as many films as I did (an average of four per day), one comes away with a contact high from the encounters with unique individuals with unique stories and circumstances that stay with you (with me, at least). And while I am already at a new film festival event in Tallinn, Estonia this week, my mind is still driting back to some of the people I “met” on screen in Amsterdam.

In no particular order:

–The three survivors of a 9 months ordeal of being stranded in a boat in the Mexican film 9 MONTHS, 9 DAYS (directed by Ozcar Ramirez Gonzalez), whose strange and sad tale is exploited by media hucksters ready to make a quick buck on the tragedy of others.

—The Afghan drug addicts Jabar and Zahir in the film ADDICTED IN AFGHANISTAN (Jawed Taiman), who are two of that country’s millions of drug addicts, another casaulty of war not reported on in  the news media.

–The soulful young boy in the Danish short film ALBERT’S WINTER (Andreas Koefoed) who must cope at such an early age with the subjects of life and death, as he cares for his mother undergoing aggressive chemotherapy.

–The long lost Palestinian cousin who reaches out to her Israeli relatives who eventually abandon her in BLOOD RELATION (Noa Ben Hagai).

–The Estonian family who learns about the West via their illegal antennae hookup to Finnish television during the darkest days of the Cold War in DISCO AND ATOMIC WAR (Jaak Kilmi).

–The journey of Cambodian refugee Theth Sambath into the heart of darkness of the atrocities of the Khmer Rouge in the bracing ENEMIES OF THE PEOPLE (Rob Lemkin, Theth Sambath).

–The dreamers and melancholy losers who make up an amateur rugby team in northern Finland in FREETIME MACHOS (Mika Ronkainen).

–The 007 exploits of Joan Pujol Garcia, the shadowy spy who worked for both the Allies and the Nazis in World War II in the film GARBO: THE SPY (Edmon Roch)

–The family with the autistic son who travel to the wilds of Mongolia in search of help from local shamans in THE HORSE BOY (Michel Orion Scott).

–The 81-year-old Japanese inventor who intends to live to the ripe old age of 144 in THE INVENTION OF DR. NAKAMATS (Kaspar Astrup Schroder)

–The dignity of a young married couple with down’s syndrome in their first year of marriage in MONICA AND DAVID (Ali Codina).

–The rapper and social worker in working class Pittsburgh who converts to Islam but does not lose the rhythm in NEW MUSLIM COOL (Jennifer Taylor).

–The son torn between loyalty and disgust for his father, the Chilean drug czar Pablo Escobar, in SINS OF MY FATHER (Nicolas Entel).

–The haunted faces of wives, mothers and children when describing their spouses and fathers who flee the grinding Mexican poverty for “el norte” in THOSE WHO REMAIN (Carlos Hagerman, Juan Carlos Rulfo).

We met only once, but still these people and their stories have touched me more than I realized and I can’t seem  to get their faces out of my mind…….