As the Fort Lauderdale International Film Festival (affectionately known as FLIFF) enters its first weekend, its reputation as a supporter of American Independent cinema remains intact. FLIFF audiences love a good indie and this weekend’s roster is as interesting and diverse as they come. 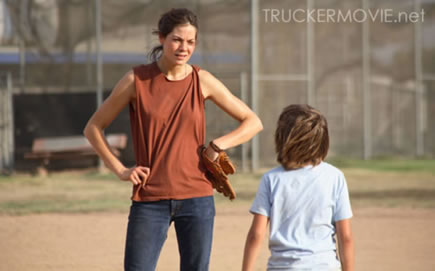 The Opening Night film, TiMER, took an unusual look at romance in the near future, as tempered by a technological timer device that predetermined when the characters would meet their soul mates. As written and directed by Jac Schaeffer, the film ponders the tension between hoping to get what you want and accepting what comes your way, all within a clever sci-fi patina that points to the limitations of technology in determining love.

TRUCKER, written and directed by newcomer James Mottern, also has much to say about the state of romance but also has as its most central interest the growing affection of a disaffected mother for the son she abandoned years before. Michelle Monaghan, who received the Festival’s Star On the Horizon award on Friday evening, plays a working class woman who owns her own rig and does long-haul trucking gigs to make money…..she is as tough as the rednecks she encounters on the road. When her divorced husband is stricken with cancer and her 11-year-old son re-enters her life after a lengthy absence, her isolation and nihilistic lifestyle no longer is appropriate and she learns some valuable life lessons. Monaghan, who has appeared opposite such superstars as Tom Cruise and Matt Damon, transcends her usual eye-candy image to offer a gritty and realistic portrait of a hard-bitten woman who softens when she rekindles the love in her life.

In the comedy thriller DON McKAY, Thomas Haden Church (the horndog in SIDEWAYS) has another great comedic role as a school janitor who rekindles a love affair with an old high school flame, played by Elizabeth Shue. When he plans a reunion with his sweetheart, he finds her in the midst of a mystery wih her caretaker, physician and others in the town having an unnaturally tight hold on her life and activities. Melissa Leo, who was nominated for an Oscar last year for the indie FROZEN RIVER, has a hilarious turn as a dominant nurse whom everyone is scared of. This off-kilter film, written and directed by New Yorker Jake Goldberger, has enough twists and turns in it that the conclusion is far from foregone.

Equally dark and equally hilarious is HUNGRY YEARS, a collaborative comedy by Isaak and Eva James. With a nod to Robert Altman’s ensemble comedy of the 1970s HEALTH, this satire explores the ambitions and motivations of a group of do-gooders who are trying to change the world. After a sudden breakup with her mentor, Ellen, a nutrionist who preaches the gospel of restricted calorie diets, embarks on a journey to discover the meaning both in and outside her diet obsessed world. She encounters a series of craackpots and conspiracy theorists that lays bare the ridiculousness of both “new age” and Obama-era progressive politics. 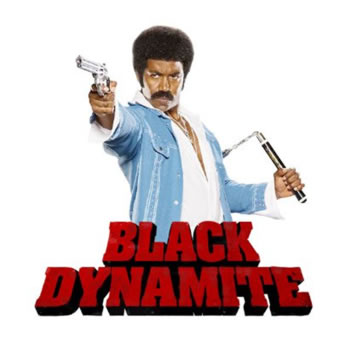 And now for something completely different….as the old Monty Python troupe used to like to say. BLACK DYNAMITE, a spoof of 1970s blaxploitation movies directed by Scott Sanders, takes all the conventions of that sub-genre (strapping black heros, Afro-wearing femme fatales, cheesy scenery and costumes, all set to a wa-wa blues score) and makes them the object of both admiration and ridicule. In the simplistic plot, a “bad brutha” takes his revenge on “the man”, in a chase through blood-soaked city streets to the hallowed halls of the Honky House. Very politically incorrect in terms of its racist stereotyping, sexism and overall funky attitude, the film is a definite hoot.

FLIFF brings on the diversity of American Independent cinema this weekend, with more highlights to come over the coming days.