Premiering in the Competition section of the Montreal World Film Festival this week are two American independent producers from directors with long histories in the indie arena.

TWELVE THIRTY, the latest film from writer/director Jeff Lipsky, whose films have been major hits at film festivals worldwide. TWELVE THIRTY is drama about a family with adult children that is broken, and a self-centered young man who, in the span of a week, becomes entangled in each of their lives, wreaking havoc in the process. The film stars Jonathan Groff (GLEE), Mamie Gumer (Meryl Streep’s talented daughter), Karen Allen, Barbara Barrie, Reed Bierney and Portia Reiners. 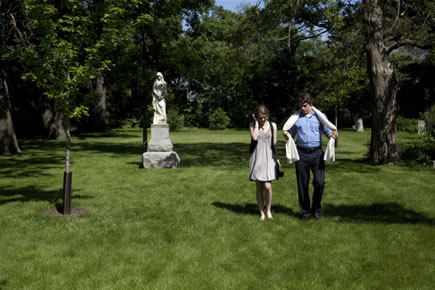 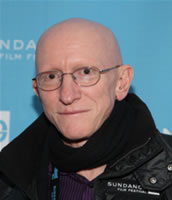 Lipsky has had an unusual arc as a filmmaker. He started off as a movie executive and film distributor, involved with the marketing of films by such icons as Rainer Werner Fassbinder, Mike Leigh, Jean-Luc Godard, Louis Malle, Jim Jarmusch, Wayne Wang and Greg Araki. In 1996, he made the decision to turn his efforts to writing and directing, finishing his debut film CHILDHOOD’S END, which was presented at the Montreal World Film Festival and other major venues. His follow up film FLANNEL PAJAMAS debuted at the 2006 Sundance Film Festival. He returned to Sundance in 2009 to debut his musical dramedy ONCE MORE WITH FEELING, starring Chaz Palminteri and Linda Fiorentino.

LAND OF THE ASTRONAUTS, written and directed by Carl Colpaert, is a psychological drama about a former hotshot screenwriter who takes on the demeaning job as a limousine driver to support his family. The film stars David Arquette who teams with Vivica A. Fox and Jordan Levine. Both Arquette and Levine will be in Montreal to promote the film.

Carl Colpaert, who is also Montreal-bound, has been involved with indie cinema since the 1980s, starting as a film editor before making his feature directing debut with IN THE AFTERMATH (1988). Aside from his own directing and writing chores on such films as THE CREW (1994), DROWNING ON DRY LAND (1999) , THE AFFAIR (2004) and G.I. JESUS (2006), his Santa Monica-based production company Cineville has produced a slew of indie films over three decades, including such indie milestones as GAS FOOD LODGING (1992), MI VIDA LOCA (1993), THE VELOCITY OF GARY (1998), SURVIVING EDEN (2004), and STEAL ME (2005).