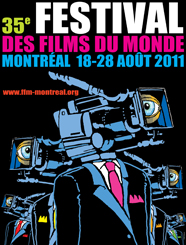 It was a big year for Belgium at the 35th Montreal World Film Festival. The edgy comedy HASTA LA VISTA! (Come As You Are) won three prizes including the Grand Prix des Ameriques, the Festival’s top prize. In addition, the gay coming-of-age drama NORTH SEA, TEXAS took two more at the official awards ceremony on Sunday night.

HASTA LA VISTA tells the tale of three young disabled men who go on a road trip down Spain’s wine route to visit a brothel catering to people with special needs. The film not only won the top jury prize, but also was voted the most popular film by the public and received a special mention by the Ecumenical Jury. The film

has been picked up for Canadian distribution by K Films for release this fall. “Merci beaucoup,” said director Geoffrey Enthoven at the ceremony. “I’ve been dreaming of this moment and of this prize. I’ve known for a few years that the Montreal public is fantastic, but I felt it a thousand times more this week . I know the distributor wants to get it out as soon as possible, so I hope this will be a big film for Montreal and Canada.”

Bavo Defurne’s touching debut feature NORTH SEA, TEXAS is the story of a timid teenage boy in rural Belgium who falls in love with his best friend, a rugged motorcycle enthusiast. The film won a Silver Zenith for first fiction feature, and a FIPRESCI (international film critics) Prize for first feature film. “This is my first time in Montreal,” Defurne said at the ceremonies. “The public was very generous. This is a love story, but it’s special. It required courage from those who financed it, courage from the young actors, courage from their parents, from the festival and the jury.”

Other major awards of the event included; BLACK THURSDAY, a political thriller by Polish director Antoni Krauze that won the FIPRESCI International Critics Award for best feature film in the World Competition; and CHRONICLE OF MY MOTHER by Japanese director Masato Harada won the Jury’s Special Grand Prize. German director Brigitte Maria Bertele snatched Best Director honors rightfully for her gripping thriller on the consequences of a rape, THE FIRE ((Der Brand), one of the more controversial films in the Festival. about a rape victim who goes to great lengths to obtain justice. Iranian actress Fatehmeh Motamed-Arya was named Best Actress for her sparkling role as the dominating mother in HERE WITHOUT ME, an Iranian adaptation of the Tennessee Williams family drama THE GLASS MENAGERIE. Best actor honored was shared by Borys Szyc in the Polish thriller THE MOLE (Kret) and by Danny Huston for his portrayal of an Israeli basketball coach who goes to work in Germany in the Israeli drama PLAYOFF. The Best Screenplay award was won by Emmanuel Mouret for the French sex comedy L’ART D’AIMER (The Art of Love). 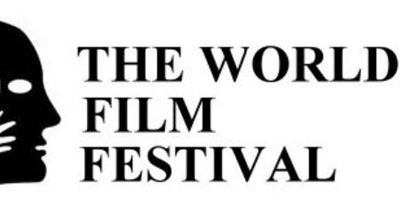 French screen legend Catherine Deneuve, who almost was a no-show due to the effects of the hurricane and how it played havoc with travel plans, was given a Prix special des Amériques for her career achievement in French and world cinema. “It’s a bit exaggerated,” she said, bashfully, after accepting the trophy from heritage minister Christine St-Pierre. “But it makes me happy.” Holding to tradition, Festival president Serge Losique closed the proceedings by announcing next year’s dates, returning to traditional Labor Day Weekend dates of August 23 to September 3. For a complete list of winners and other details, visit: www.ffm-montreal.org