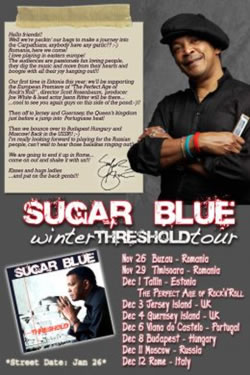 Harmonica blues legend Sugar Blue, a protege of the iconic Muddy Waters, rocked the house on Tuesday night in a wall-shaking concert held at the Tallinn Black Nights Film Festival to support the film THE PERFECT AGE OF ROCK N ROLL, an American indie musical drama that is making its European Premiere here. The film, written and directed by musician-turned-director Scott Rosenbaum, features a dynamic cast led by the twin leads, Kevin Zegers (of TRANSAMERICA fame) and Jason Ritter, who was in Tallinn to promote his performances iin this film and the comedy drama PETER AND VANDY.

THE PERFECT AGE OF ROCK N ROLL, which also stars screen legend Peter Fonda and actors Lukas Haas, Taryn Manning and Kelly Lynch has been shown to capacity crowds at the Festival, with director Scott Rosenbaum, producer Joseph White and lead actor Jason Ritter making the scene all week at various film festival events and gatherings. An article on THE PERFECT AGE OF ROCK N ROLL and interview with the director and producer will appear in these Dailies tomorrow. For more information on the film, visit: http://www.theperfectageofrocknroll.com/index.php 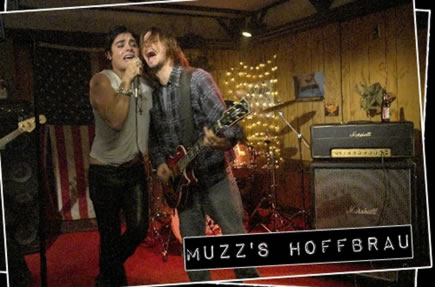 Sugar Blue and his amazing band members have been touring with their particular mix of classic blues and raging rock in Eastern Europe and will be playing dates in the UK, Portugal, Hungary, Russia and Italy for the next two weeks.  For more information on the band and its newest music cd THRESHOLD, visit their website: www.beeblemusic.com.