Ryan Gosling, the nova hot actor, is a native Canadian and the biggest film festival in his country is indulging in a bit of Gosling-fever. The actor, who grew up in southern Ontario, appears in two high profile films at the Toronto International Film Festival, which opens on September 8. THE IDES OF MARCH, a behind-the-scenes political thriller directed by George Clooney, gives its biggest role to Gosling’s young press secretary, who does all things legal and illegal to protect the presidential candidate he works for (Clooney) from a potentially devastating scandal. The film is poised to be a major player this awards season, with Gosling a very strong possibility for a Best Actor honor nomination (something denied him last year in the intense relationship drama BLUE VALENTINE). In addition, Gosling is the lead in DRIVE, a psychological thriller in which the actor stars as a Hollywood stunt car driver who gets in over his head with illicit goings-on. The film, the English-language directorial debut for hotshot Danish director Nicolas Winding Refn, won him a Best Director prize at the Cannes Film Festival. 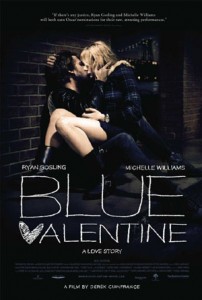 News now comes that select international buyers attending the Festival are invited to a sneak peak of THE PLACE BEYOND THE PINES, a new generational thriller starring two of the hottest young actors in film today, Ryan Gosling and Bradley Cooper. The film is directed by Derek Cianfrance, who made his directorial debut with BLUE VALENTINE. In the movie, Gosling plays a professional motorcycle stunt rider who turns to bank robberies to support his newborn son, but when he crosses paths with a rookie police officer, played by Cooper, their violent confrontation spirals into a tense generational feud tracing the intersecting lives of fathers and sons, cops and robbers, heroes and villains. The production is currently shooting and features a high profile cast that also includes Rose Byrne and Eva Mendes. 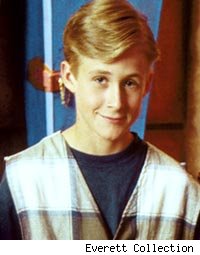 Gosling, along with fellow Canuck Ryan Reynolds, is the latest film superstar with origins in Canada. For the 30-year-old actor, his personal journey began in London, Ontario, near Niagara Falls. When he was just 12 years old, his parents took him to Montreal for an open casting call for child actors for a new version of the 1950s television classic The Mickey Mouse Club. He was chosen out of 15,000 applicants and moved to Orlando, where he sang and danced in three seasons of the kiddie series, alongside then-unknown Brittany Spears, Justin Timberlake and Christina Aguilera. In his teenage years, the rookie actor broke into Canadian series television including a breakthrough role on Breaker High. He moved to Los Angeles in the 1990s intent on becoming a big screen presence. 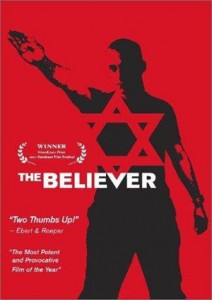 In 2001, he made his big screen debut in the controversial drama THE BELIEVER, playing a Jew so full of self-loathing that he becomes a violent neo-Nazi. The film made its debut at the Sundance Film Festival, where it won the Grand Jury Prize. Gosling’s nuanced and incendiary performance got noticed, even though the film was a major box office disaster (probably due to its controversial topic and treatment). However, Gosling’s big screen career began in earnest. He gained a worldwide following as the heartthrob in the adaptation of the best-seller THE NOTEBOOK and gained his first and only Oscar nomination as a drug-addicted teacher in the indie film HALF NELSON. He was easily the best thing in the decidedly quirky LARS AND THE REAL GIRL, playing a hermit who falls for a female mannequin. In last year’s BLUE VALENTINE, his intense portrayal of the male half of a troubled couple in relationship meltdown was widely praised but he came up short as Oscar time (although the Academy did recognize his female co-star Michelle Williams with a nomination). This summer, he played a lothario in the ensemble dramedy CRAZY STUPID LOVE, one of the few hits of the season. 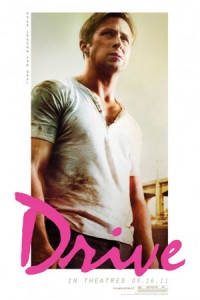 He recently turned down a bundle of cash to play the lead role in a big screen version of the 1950s television series THE LONE RANGER, losing out to Johnny Depp. It was a canny move, as it turned out, since the entire production has been scrapped, or at least stalled, on account of budget disputes. However, Gosling has expressed his interest in playing more beefed-up, hyper masculine and edgy roles, such as is evidenced in DRIVE. He also wants to work again with some of the directors who have brought out the best in him, including Refn and Cianfrance. In interviews, Gosling has expressed that he most wants to emulate the career of his screen idol, Steve McQueen, who cannily mixed big budget epics and testosterone-driven racing dramas with a hearty mix of topical dramas and light comedies. The scrawny boy from The Mickey Mouse Club has come a long way, and evidence of how far a distance he has travelled is evidenced in Toronto this week.