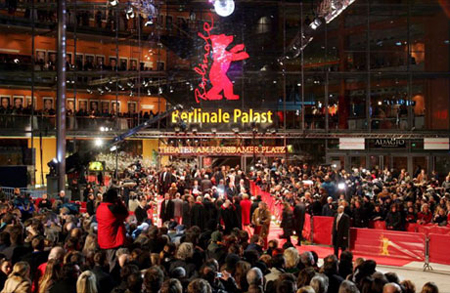 In the grip of the coldest winter weather in a century, the Berlin International Film Festival will open its doors to thousands of filmmakers, programmers, distributors and buyers in what is one of the key events on the international film calendar. The Berlinale, as it called in German, celebrates its 62nd anniversary as one of the world’s oldest and leading film events. Not only does it showcase several hundred films in its various programs, but it also hosts a true film market, the European Film Market, which will see thousands of sellers and buyers participating out of the historic Martin Gropius Bau and adjoining luxury hotels. The Festival’s move a few years ago to Potsdamer Platz, the futuristic center of the city’s cultural life that was a “no man’s land” during the years of the Berlin Wall, has made it one of the festival world’s most dazzling and easy to navigate events. Everything is contained in a few block radius (although public film screenings happen all over the city)…..a fact that will especially appreciated this year with a wind chill expected of -5 degrees Celsius (cold even by Berlin standards). 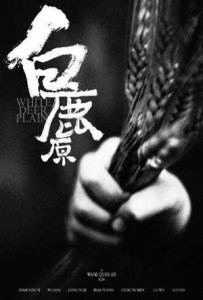 While there is certainly a good amount of glitz and glamour, Berlin has a reputation for more serious and artful film fare (certainly as compared to its cousins Cannes and Venice). Last year’s winner of the Gold Bear was the Iranian film A SEPARATION, one of the indisputable art house hits of the year and well on its way to receiving the Oscar later this month for Best Foreign Language Film. Berlin does not shy away from the controversial or the radical, and its sidebar programs, the Panorama and the Forum, are legendary venues where true art house auteurs can showcase their latest works. While the Festival will see luminaries such as Meryl Streep, Tom Hanks, and other celebrities walk the red carpet of the Berlinale Palast, the emphasis is definitely on more obscure cinema gems, often from countries with very small production outputs. American indies mix with European mavericks and there is a healthy dose of new wave cinema from Asia, Africa and beyond. In this sense, Berlin is a great leveler that elicits as much excitement for the latest wunderkind as it does for reverential auteurs.

While aficionados salivate at the idea of discovering the “next big thing” in the Panorama, Forum or Generation 16 children’s section of the Festival, the pomp and circumstance is definitely reserved for the films making their red carpet premieres in the Official Competition section. This is a section generally reserved for recognized film giants whose latest offerings receive their world or international premieres at the event. However, the Festival has also delighted in introducing younger talents and filmmakers in mid-career into this vaulted arena this area. In total, 23 films will be shown in the Official Competition section, of which 17 are vying for the Gold and Silver Bears (all world premieres). The films hail from such diverse locations as  Brazil, Canada, Denmark, the Czech Republic, Germany, the People’s Republic of China, France, Greece, Great Britain, Hong Kong/China, Hungary, Indonesia, Italy, Ireland, Norway, the Philippines, Portugal, the Russian Federation, Sweden, Switzerland, Senegal, Spain, and the USA.

The films competing for Golden and Silver Bears include: 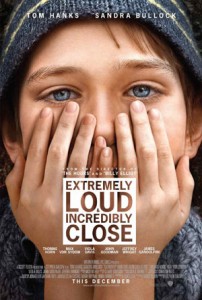 In our Berlin Dailies (click on photo at the very right of this screen), we will cover the highlights of this sprawling event. The weather may be cold, but the films are hot, and the freezing temperatures will create a fever pitch of networking, if only to warm up next to another body. Stay tuned……..