In only its third year, the BAMcinemaFest, presented by BAMcinématek at the Brooklyn Academy of Music in New York, has become an important film event on the cultural calendar and a festival with a reputation for innovative programming. The third annual BAMcinemaFest, which runs June 16 to 26, will 19 New York premieres and a world premiere in a program that celebrates emerging voices in American independent and international cinema and highlights repertory classics.

Opening the festival on June 16 is the New York premiere of the SXSW Audience Award and Nashville Film Festival Grand Jury Prize winner, WEEKEND. Written, edited, and directed by Andrew Haigh, the film follows Russell (newcomer Tom Cullen—Nashville Best Actor award winner), who after casually picking up an artist, Glen (Chris New) at a bar on a Friday night, develops a strong bond with him over the course of 48 hours. This heartrending and naturalistic romance, with its immaculate cinematography of a hazy Nottingham, England by young Polish DP Urszula Pontikos, has drawn comparisons to Richard Linklater’s BEFORE SUNRISE. Haigh made the leap to director after cutting his teeth as an assistant editor on such diverse films as Ridley Scott’s GLADIATOR and BLACK HAWK DOWN to Harmony Korine’s MISTER LONELY. Following its New York premiere, WEEKEND will open theatrically as a Sundance Selects release. 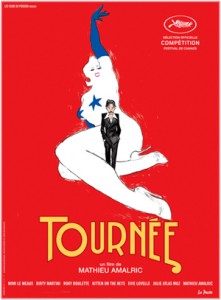 Closing the Festival 11 days later will be TOURNEE (On Tour), the directorial debut of French actor Mathieu Almaric (THE DIVING BELL AND THE BUTTERFLY), which won him both the Best Director and the FIPRESCI Critics prizes at last year’s Cannes Film Festival. The film, also a New York premiere, is the riotous story of an exiled impresario (Amalric himself) who returns to his native France with a troupe of American dancers—Mimi Le Meaux, Kitten on the Keys, Dirty Martini, and others—to unveil “the new burlesque” to an unsuspecting French public, all set to a raucous soundtrack featuring Screamin’ Jay Hawkins and The Sonics. 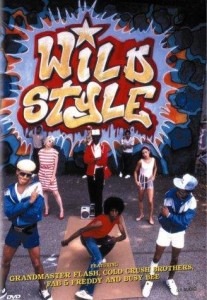 Another highlight of the program is the return of Charlie Ahearn, one of the seminal indie filmmakers of the 1980s whose documentary WILD STYLE captures a potent moment of New York street life. The veteran director will unveil the world premiere of JAMEL SHABAZZ STREET PHOTOGRAPHER, the definitive portrait of the titular Brooklyn native who made a career of documenting New York urban street culture. From graffiti artists to rappers, homeless to hipsters, Shaazz’s photographs provide a time capsule of a changing New York,. The film includes interviews with Shabazz himself, graffiti pioneer and hip-hop historian Fred “Fab 5 Freddy” Brathwaite, legendary rapper KRS-One and others.

Aside from the international premieres, the Festival also a particularly strong roster of films from local directors including such titles as ANOTHER EARTH, THE COLOR WHEEL, GREEN, ON THE ICE and SEPTIEN. The event also will present the newest films of previous participating filmmakers, including the Safdie Brothers, Azazel Jacobs and Christopher Munch. “Not only has Brooklyn become a premiere venue for showcasing important works of global cinema, it is home to an active new wave of filmmakers. We’re happy to see BAMcinemaFest, in just its third year, be at the forefront of both these movements” Florence Almozini, BAMcinématek’s Program Director commented in a prepared statement. The complete roster of films titles will be up on the BamCinematek website in the coming days: www.bam.org