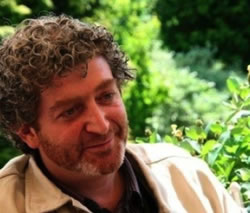 Israeli filmmaker Eyal Sivan has been asked by IDFA to program a personal Top Ten List of his favorite films for this year’s event. Sivan is in Amsterdam for the premiere of his latest film Jaffa, The Orange Clockwork, which screens in the IDFA Competition for Feature-Length Documentaries. During the festival, Sivan will also present a masterclass in which he will explain his choices for his list.

Eyal Sivan grew up in Jerusalem and worked as a photographer in Tel-Aviv until moving to Paris in 1985. Since then, he has lived and worked in Europe and Israel. Sivan has directed and produced a range of political documentaries, which have won awards worldwide, including Izkor, Slaves of Memory (IDFA 1991) and Route 181, Fragments of a Journey in Palestine-Israel (IDFA 2003). His latest film, Jaffa, The Orange Clockwork, deals with the history of the symbol of the Zionists and Israel: the Jaffa orange.

The films chosen for the Top Ten list have a connecting thread that explores the areas of  ethics and the ways in which memory is used for political purposes. Amongst the films in his Top 10 are Mother Dao, the Turtlelike by Vincent Monnickendam (1995), Philips Radio by Joris Ivens (1931), Ma’loul by Michel Khleifi (1985) and The Girl Chewing Gum by John Smith (1976).