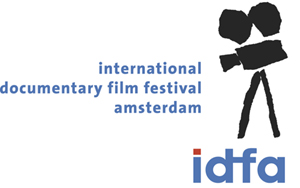 IDFA, the International Documentary Festival Amsterdam, concluded this past weekend with a record attendance by the audience and a slew of juried awards for films that stressed humanism over politics. Heralded as the world’s largest and most prestigious documentary film event, the Festival boasted over 200,000 attendees, a record and a significant 20% boost over last year’s attendance figures. The event also hosted over 2500 professionals, ranging from film producers to commissioning editors to sales agents to buyers. While the mood was mainly jubilant at this must-attend meeting of the documentary tribe (which included the Festival, the IDFA Academy, the Docs For Sale market, the IDFA Forum, the IDFA Doclab and a nightly series of media talks and chic soirees), the sober economic conditions sweeping Europe were very much part of the conversation. While documentary films are becoming more difficult to make, an ever expanding array of distribution choices are emerging, most notably IDFA’s own IDFA.TV online platform, that already has a library of several hundred titles.

Winning the VPRO IDFA Award for Best Feature Length Documentary was PLANET OF SNAIL, a powerful and intimate portrayal of the everyday life of a deaf and blind young man and the love of his life. The film, directed by Seung-Jun Yi of South Korea, received a cash award of 12,500 Euros. The film was first pitched at the IDFA Forum in 2010, and comes back a year later to claim the top prize. The jury also voted a Special Jury Award to 5 BROKEN CAMERAS, a portrait of a Palestinian village resisting encroaching Jewish settlements, as recorded by an inhabitant of the village over a number of years. The film, an Israeli/Palestinian co-production by Emad Burnat and Guy Davidi, also won the IDFA Audience Award. The film received financial support from the Jan Vrijman Fund, a special fund coordinated by IDFA to assist filmmakers in smaller territories to realize their projects.

The NTR Award for Best Mid-Length Documentary (under 60 minutes in length) and the recipient of the 10,000 Euro cash prize was MONTENEGRO, a winning portrait of an old man living with his dogs on a remote island, directed by Argentine director Jorge Gaggero. The IDFA Award for First Appearance for a debut film, which also carries a cash prize of 5000 Euros, was presented to Chinese director Xun Yu for the moving THE VANISHING SPRING LIGHT, which documents the hardscrabble lives of the residents of a Chinese city who are being left behind by the economic boom times in their country.

IDFA has always championed Dutch documentaries and this year’s winner of the Dioraphte IDFA Award for Dutch Documentary, which includes a 5000 Euro cash prize, was deservedly won by filmmaker Jessica Gorter for the film 900 DAYS, in which survivors of the siege of Leningrad during World War II share their horrific personal memories. The lucky winner of the IDFA Award for Student Documentary, with a 2500 Euro cash prize, was fledgling Norwegian filmmaker Karen Winther for the film THE BETRAYAL, a portrait of a woman who made a crucial mistake as part of the Norwegian squatting scene. Other prizes announced at Friday night’s awards ceremony at the Escape Club included THE LAST DAY OF WINTER (Mehrdad Oskouei. Iran), winner of the BlackBerry IDFA DOC U Award youth jury prize; BITTER SEEDS (Micha Peled, US), winner of the IDFA Award for Best Green Screen Documentary for environmental films; INSITU (Antoine Vivani, France), winner of the IDFA DocLab Award for Digital Storytelling; and LAST DAYS HERE, a music film by American co-directors Don Argott and Demian Fenton, which won the Festival’s inaugural IDFA Award for Best Music Documentary.

Hopefully these winners and the other superb films nominated this year, will find their way to a large or small screen near you. In the meantime however, you should check out IDFA’s own online platform IDFA.TV to track when some of these titles will be available for download. Many exciting plans are ahead as IDFA prepares to celebrate its 25th anniversary in 2012. “It will be quite the party”, Festival Director Ally Derks assured attendees, and one well worth looking forward to. For more information on all the excitement of the 2011 edition of IDFA, visit: www.idfa.nl