Cinemania (www.cinemaniafilmfestival.com) has been going on for 15 years. In his introduction the festival’s spokesperson, actor Yves Jacques,  compared it favourably to Monteal’s controversial World Film Festival.  He also told the packed audience in  the Cinema Imperial, the festival’s  venue, that “the same golden rule always applies, Quality, Prestige, Originality.”

There are North American premieres, Canadian premieres, and Quebec premieres. Film-makers attending included Costa Gavras: his 40-year old classic, Z, was shown, as too was his new film  Eden is West–he held a master-class which drew several hundred avid cinéphiles.

Other challenging films reflect French society’s current concerrns.  For example, immigration—and identity— is just as much of a preoccupation there as elsewhere, and the film Francaise offers a sympathetic look at a young Moroccan desperate to get back to the France she was born and grew up in.

Another film is stirring not to say disturbing.  If you google Army of Crime you see it’s been more popular outside France than inside. Not surprising.—it shows a bunch of immigrants, largely Jews, but Armenians and others, attacking Nazi soldiers in World War Two- occupied Paris: much of the French population is portrayed in its complicity.

There are fun films too. Cinemania closed with Radu Mihaileau’s crowd-pleasing dramatic comedy Le Concert. Then one of the best French crime films since Rififi, The Bank made a mistake in our Favour, is a hilarious satire on class conflict and insider trading.

RIDM (Rencontres  Internationales du Documentaire de Montrea l– www.ridm.qc.ca) is a rather different festival.  For instance, among its 103 films from many countries, it shows the grimly detailed film Autopsie; or the equally engrossing  film Orgasm Inc. about the big pharmaceutical firms’ search for the female Viagra.

The documentary  tradition  is strong in Canada: the term was coined by Scots immigrant John Grierson, who also founded the NFB (National Film Board — nfb.ca will take you to the 13,000 audio-visual productions the NFB has made).  The NFB, which has won various Oscars over the year, celebrates it 70th anniversary  this year, while RIDM is on  its 12th outing. And RIDM 7 years ago created the Documentary Network, the only organization in the world where people from every aspect of documentary film-making and dissemination come together. 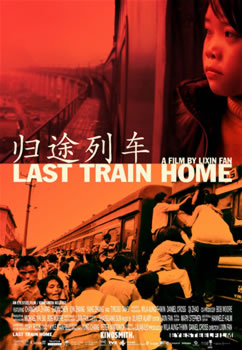 RIDM has, in addition to workshops, discussions and Special Presentations, four  different “official selections” in its  competitive section: Camera-Stylo, Camera at the Ready. EcoCamera, and DocTape. In addition, the opening film Last Train Home (Lixin Fan, the director is from the same team which made the telling film Up the Yangtse) in the comfort of their festival seats, spectators  watch millions of textile workers shuttle huge distances back and forth, “on a mass transportation system from hell”, to churn out the made in China products the West depends upon. This film won the award for the best Quebec/Canada Feature Documentary and meanwhile in Europe is was winning  the Best Feature Length Documentary at the Amsterdam Festival (IFDA)

There’s many first-class films here–hats off to the programmers.  Christopher Wong, for instance, made his first film, Whatever it Takes, about his friend Edward Tom.  The Bronx Centre for Science and Math in the South Bronx is Tom’s achievement, bringing together low achievers with high hopes.   American Radical: The Trials of Norman Finkelstein was another American film which provoked a lot of discussion. 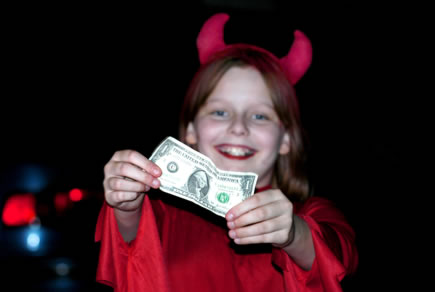 Yet another US film also had its Canadian premiere here: OCTOBER COUNTRY (United States) by Michael Palmieri and Donal Mosher. The film provides a capsule of members of the working poor, an American family so down on their luck that their lives seem surreal.  This was the closing film, and also won the top festival prize.

Marie-Anne Raulet is director of this steadily more popular festival: “There are extraordinary films I’ve seen at Rencontres over the years that disappeared – but even today, the stories are very interesting. I’m hoping platforms like the Internet will give them a second life outside the festivals.”