While covering the events and atmosphere here in Tallinn, the capital of Estonia, for POFF, the Tallinn Black Nights Film Festival, I should come clean and let readers know that I have been hired by the Festival to bring quality American and Canadian films to the event this year. In all, a record 25 films from North America will be showcased in Tallinn this year.

Here is the copy written by me as an introduction to the 10-film NORTH AMERICAN INDEPENDENTS COMPETITION, which the Festival has inaugurated this year for the first time to showcase important American and Canadian indie films that have yet to be seen or distributed in Eastern Europe:

“Hollywood has such a strong presence that it is easy to imagine that the only films coming out of North America are special-effects extravaganzas, vampire romances or star-heavy blockbusters. American film is one of the country’s most influential exports and, in many ways, defines the North American experience for most people around the globe. 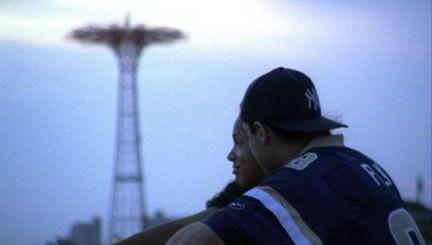 However, an alternative to the Hollywood cinema has emerged, blossomed and strengthened. Independent cinema, produced outside of the Hollywood studios and not dependent on the financial and aesthetic demands of the celebrity culture, has created its own set of rules. Independent cinema is where the new ideas, new techniques and new approaches to visual storytelling begin to take root. They may come from directors and actors with names not widely known to the general public, but for those audience members willing to take the ride, the rewards can be great.

It is in that spirit that the Tallinn Black Nights Film Festival introduces a new section to this year’s program. The North American Independents Competition brings together a group of smart, courageous and unusual films from a new generation of film artists in the USA and Canada. The goals are to generate awareness, interest and a hunger from the Estonian public for the films being produced by a new band of visual storytellers.

The 10 films in this program offer unique twists on established film genres, bringing much-needed oxygen to recognized film forms. The rewards and pitfalls of modern relationships are explored in the films SORRY, THANKS, PAPER HEART and PETER AND VANDY. Young people coming into their own form the subtext of such films as DON’T LET ME DROWN and MOMMY AT THE HAIRDRESSER’S. The bonds and rivalries between family members and friends is investigated in the films THE EXPLODING GIRL, THE PERFECT AGE OF ROCK N ROLL and UNTITLED. The theme of finding your own essential truth is movingly expressed in THE LEGACY and YOU WON’T MISS ME.

Taken together, the films have one common theme that runs through them…..the very human need for connection and community, which remains a powerful necessity for an individual and a nation. By opening themselves up to the experience of these films, hopefully audiences here in Tallinn will note the differences but also relate to the similarities of the human experience that unites us all.”

For more information on these and other films at the Festival, visit: http://2009.poff.ee/eng/films/programs/competition_of_north_american_indies