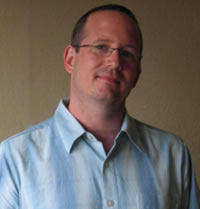 Award-winning producer Ted Hope, one of the most respected independent producers in the film industry, will be honored with the honorary Trailblazer Award at the 10th Anniversary edition of the Woodstock Film Festival, which opened today. Hope is a true indie pioneer who has shepherded dozens of American indie films over the past three decades. He will be honored at the WFF Gala Awards Ceremony on Saturday night, October 3rd.

Hope enjoys a reputation as an unparalleled spotter of new talent, producing the first films of Ang Lee, Hal Hartley, and Michel Gondry. He has produced more than 50 films that have won numerous awards, honors, and citations, including several Academy Awards, Golden Globes, and the Palme d’Or at the Cannes Film Festival. Together with partner Anne Carey, he runs the New York production company This is that, formed out of Good Machine, the groundbreaking indie production house that he co-founded with writer/producer James Schamus. In 2001, Good Machine was honored with a ten-year retrospective at the Museum of Modern Art in New York.

Among his accomplishments are the Sundance Grand Jury Prize-winner American Splendor, Todd Field’s In The Bedroom, many of Ang Lee’s films including The Ice Storm and the Academy Award-nominated The Wedding Banquet, Edward Burns’ The Brothers McMullen, and the Cannes Critics’ Prize-winning Happiness, which Hope and his partners released themselves when its distributor’s corporate parent demanded they censor the film.

Hope is a sought-out lecturer at industry events worldwide. He has been a jury member at Sundance and the Miami Film Festivals, as well as the Woodstock Film Festival. He also co-founded Hammer To Nail, a film review site focused only on independent features and writes several blogs including Truly Free Film. He was the recipient of the 2009 Vision Award at the Filmmakers Alliance/Vision Quest ceremony in Los Angeles last week.