Sofia Coppola walked away with the top prize at the Venice Film Festival this past weekend, winning the Golden Lion for her new film SOMEWHERE. The film, which inexplicably did not make the cut at the Toronto or New York film festivals (festival envy?), stars Stephen Dorff and Elle Fanning in a dramatic story of a father who tries to connect with his daughter after years of neglect. The fact that the dad is also a famous actor adds spice to this satire of Hollywood’s self-obession and, one might surmise, emotional retardation. The 39-year-old director, whose 2003 film LOST IN TRANSLATION also premiered in Venice before winning Best Screenplay honors at that year’s Academy Awards, is said to have based the film in part on her recollections of her early childhood travels with her father, famed director Francis Ford Coppola. 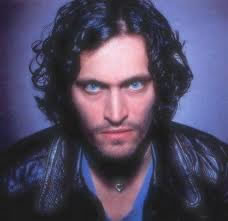 The film, which was warmly received in Venice, did spark some controversy in Italy for its unflattering portrayal of Italian television, in particular a scene when the actor, with daughter in tow, go to Milan on a promotional junket. However, all seems to be forgiven, because the film, which has since opened theatrically in Italy, has been a box office success. The film was cited by the International Jury as a “hilarious and harrowing portrait of Los Angeles today”.

Other prizes, Mikhail Krichman won the Best Cinematography prize for his work in SILENT SOULS by Russian director Aleksei Fedorchenko; Alex de la Iglesia won a second prize for Best Screenplay for A SAD TRUMPET BALLAD; and Mila Kunis, who stars opposite Natalie Portman in BLACK SWAN, the celebrated new film from American director Darren Aronofsky, won the Mastroianni Prize for Best New Actor. MAJORITY, a debut film by Turkish director Seren Yuce, won the Venice Days Lion of the Future Award. 20 CIGARETTES, which screened in the Italian sidebar Controcampo Italiano section was given the prize from the Italian Film Journalists Association. The film is the first work from Italian writer/director Aureliano Amadei. The Austrian film THE FORGOTTEN SPACE, a political essay film on global capitalism produced by Vienna-based WildArt Film, won the Special Orizzonti Jury Prize.Look for the above films to make their way through the film festival circuit in the coming months.