One of the three prestigious film competitions at FESTROIA, the Portugese festival which is nearing its mid-point, is the Primerias Obras/First Works section. This has always been a program that has attracted interested from the attending industry and public, because it points to stellar talents at the beginning of their careers.

Of the eleven films in competition, ten are from Europe and one is from Israel. Films from Eastern Europe and the Baltics are especially strongly represented. In THE OTHER BANK by Georgian director George Ovashvili, the  story focuses on a mother and son who are refugees who cannot adapt to their new surroundings and reality. Polish director Maclej Pieprzyca is presenting the tragicomedy SPLINTERS about the boring lives of three young people in a sleepy and polluted town in the Silesian industrial belt. For the Polish/Czech co-production OPERATION DANUBE, director Jacek Glomb turns the clock back to 1968, when the Warsaw Pact countries were enlisted to crush the Prague spring, to tell the tale of a Polish army unit that gets stuck in a small Czech border town and realizes that their similarities are greater than their differences. For the Romanian film SILENT WEDDING, debut director Horatiu Malele also delves into small town values as a community defies a ban on celebrations imposed after the death of Stalin in the early 1950s. In DEVIL’S TOWN, Serbian director Vladimir Paskalijevic (the son of director Goran Paskalijevic), a portrait of modern Belgrade emerges in the lives of various characters whose paths cross during an important tennis match. 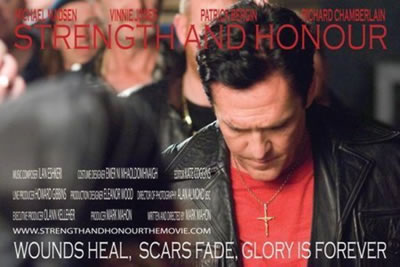 Scandinavia is represented by two films in the competition. In THE ESCAPE by Danish director Kathrine Windfield, a Danish journalist is taken hostage in Afghanistan, with her captors demanding that the Danish army withdraw from the country. In this tale of intrigue, a young Afghan man successfully frees her and eventually ends up in Denmark himself, an outcast among his own people. Will the journalist jeopardize her career to help the refugee who secured her release? In the Norwegian ensemble drama COLD LUNCH, director Eva Sorhaug presents the daily lives of five strangers who unexpectedly touch each others’ realities in the same Oslo neighborhood.

The other European films in competition include: A SIMPLE HEART, an adaptation of a Gustave Flaubert novel starring Sandrine Bonnaire and directed by newcomer Marion Laine; STRENGTH AND HONOUR, a hard-hitting tale of redemption as a washed up boxer is forced back into the ring to raise money for his son’s operation, starring Festival honoree Michael Madsen and written and directed by Ireland’s own Mark Mahon; and THE FRIEND, the story of a young man who fakes a relationship with a woman who has just died as a way of forging a bond with the woman’s family and, ultimately, her sister, written and directed by Micha Lewinsky.

Rounding out the competition is A MATTER OF SIZE, an Israeli/German/French co-production co-directed by Erez Tadmor and Sharon Maymon. The film tells the uplifting tale of overweight Israelis who rebels against the “thinness dictatorship” of the culture and find an unlikely expression in the art of sumo wrestling.