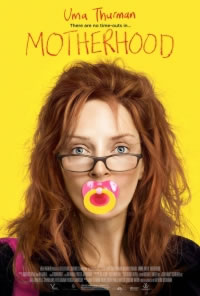 At the Woodstock Film Festival, which today concludes its five-day marathon of film premieres, industry seminars, music concerts and groovy parties, film directors generally get all the attention. However, after my own personal marathon screenings, it is the performances of several standout actors that has made the biggest impression. Of course, for an independent filmmaker, casting is a critical part of the process.

Luckily, it has been part of the appeal of independent cinema that name actors who have been pigeonholed by Hollywood (and end up being offered similar parts to the ones in which they first gained fame) have looked to the world of independent cinema to find roles that will allow them to grow. While Hollywood always seems to want its talents to simply repeat the type of parts that have made them bankable, it is in the independent world that established talents can find that quirky, unusual role that could be the polar opposite of what they are primarily known for.

This year’s Woodstock Film Festival offers a number of topline names a chance to experiment and the results are impressive. Let’s start with two women…..Uma Thurman and Robin Wright Penn. Both have hit stumbles in their Hollywood careers, mainly due to films that did not bring out their personal strengths. For Uma Thurman, with the exception of her turn in the KILL BILL series, her recent on-screen credits have not been very well received. She finds a fully dimensional role in MOTHERHOOD, a terrific dramedy by director Katherine Dieckmann. In the film, Urman finally plays her age….starring as a New York City career woman who is attempting to juggle her role as mother, writer and wife. She offers a performance that expresses the character’s frantic, fragile and frustrated nature. She reaches in deep to give a performance that is both gentle and affecting in a film that tries to find meaning in the small things in life.

A similar interior performance is given by Robin Wright Penn in THE PRIVATE LIVES OF PIPPA LEE, written and directed by Rebecca Miller. After a series of strong, somewhat repellent dramas, Miller’s touch is much lighter and more accessible in this story of a middle-aged woman’s confronting the realities of her life. Drawing on flashbacks that show the young woman coping with a mentally unbalanced mother hooked on dexadrine (also played by Wright Penn), the film presents Pippa’s current situation….married to a publisher at least 25 years her senior (played by the terrific Alan Arkin) who moves into a retirement home after suffering a series of heart attacks. While she relishes her role as caretaker for her husband and her two (rather selfish) children, there is an inner longing in her character that rebels against the restrictive climate that requires her to give much and receive little. She realizes how stultifying her situation is when she has a chance encounter with a troubled neighbor, played with great sensitivity by Keanu Reeves (in a performance not expected from the former surfer dude).

Adam Goldberg, the hirsute actor whose sad sack persona has graced such recent films as 2 DAYS IN  PARIS, finds a role with greater dimension in UNTITLED, a debut feature by Jonathan Parker. Set in the worlds of New York’s musical and artistic underground, the satire gives Goldberg a role that really plays to his strengths and brings more dimension and angst than he has to previous parts. Goldberg plays a brooding avant-garde composer (the kind who adds crumpled paper, screeching sounds and a kicked bucket to his performance pieces) whose life gets turned around with a relationship with a trendy New York gallery owner, while stoking a sense of competition with his successful (but shallow) painter brother. Goldberg, who has a great way of delivering wry commentary and under-his-breath musings, also communicates the conflicts within the character and a sense of desperation mixed with defiance for his artistic commitment. In the end, with the advice of an elderly composer who he admires, Goldberg learns that what is most important is the process rather than the result of creativity….which allows the character to find some solace amidst his neurotic balancing of creative freedom and fears of “selling out”.

Michael Cera, an actor who has been somewhat typecast as the sensitive, confused virgin in such films as JUNO and PAPER HEARTS, takes a leap beyond his accepted screen image in YOUTH IN REVOLT, the newest film from indie darling Miguel Arteta. In this irresistible coming-of-age tale, Cera plays his usual sensitive teen, who grows up in a dysfunctional family, spending hours in his own dream world (fueled by the songs of Frank Sinatra and the films of Federico Fellini). His biggest fear is that he will die a virgin. When he goes to a lake resort with his trailer trash family, his encounter with a sexy, breaking-the-rules teenage girl inspires a darker side. Cera actually plays both roles (even in the same scenes….a nice effect for a low budget indie film), one the sallow-faced innocent, the other a smoothie with pencil moustache, tight suit and dangling cigarette (a kind of Jean-Paul Belmondo meets Woody Allen). Based on a cult hit memorir by C.D. Payne, the film offers an internal look at the frustrations and hopes of this misfit via voiceover narration (a device that works remarkably well here) and literally splitting the character in two, to illustrate the conflict between the angelic good guy and the mischievous rebel who co-habitate inside Cera’s soul. It is a key transitional role for this young actor who already is in his 20s and whose ability to portray callow teenagers will need to wane if his career is to move forward into more adult roles.

A second article will reveal some of the standout performances from newcomers that have been the highlights of this week’s festival events. For more information on the above films and others in the Festival, visit: www.woodstockfilmfestival.com