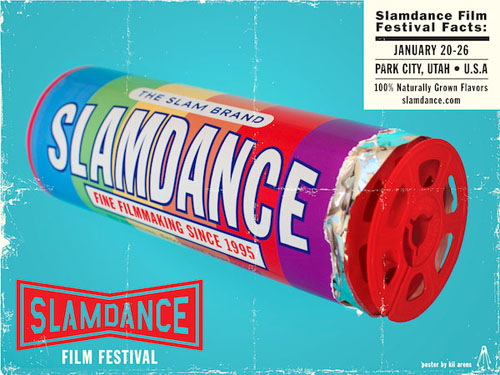 While industry insiders prepare to pack their snow shoes for next week’s Sundance Film Festival in the ski country of Park City, Utah, that “other festival” in town has announced what is a pretty interesting program for features, documentaries, short films and a dizzying array of special events. After almost 20 years, I am sure that the honchos at the Slamdance Film Festival are tired of hearing their event described as “that other festival”, but there is no doubt that Sundance gets the lions share of industry and media attention, which many times the purest nuggets of independent works are the main event at Slamdance. Savvy programmers and distributors know that interesting titles can be found at both events, with the Slamdance vibe definitely more casual and accessible. So, for those making the trip up the mountain next week, or for others who will just be reading about the high altitude goings-on, here are the details of what appears to be an exceptionally strong competition program at the Slamdance Film Festival. You may not recognize the names of the directors, writers or actors, but that what makes Slamdance the “festival of discovery” that it was always meant to be. 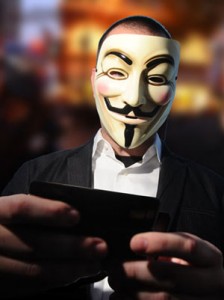 Ten narrative films and eight feature documentaries by first-time directors worldwide will compete in their individual competition sections for the 18th edition of the Slamdance Film Festival, which takes place at the Treasure Mountain Inn in Park City. Thirteen of the films are world premieres, and that fact alone will elicit a good amount of interest from assembled buyers, distributors and programmers. Awards will be presented to competition films in the following categories: Jury Award for Feature Doc, Jury Award for Narrative Feature, Audience Award for Feature Doc, Audience Award for Feature Narrative, and Filmmaker Award for Spirit of Slamdance and the Kodak Vision Award for Best Cinematography.

In addition, the Festival program includes such diverse (and deliciously demented) strands as the 75-film Shorts Program, Special Screenings, Live Action Competition, Documentary Competition, Animation, $99 Special, Anarchy Shorts, and the world premiere of a special program of new Iranian shorts never seen outside the country, Made In Iran: 7 Short Premieres. “Our competition showcase reflects new approaches to filmmaking that mirror the challenging times in which we currently live,” commented Peter Baxter, Slamdance president and co-founder in a prepared statement. “These films showcase filmmakers who have a tremendous ability to innovate, experiment, and lead us boldly into the future of independent filmmaking.” Here, with descriptions provided by the Festival, are the contenders (with more details information on the Slamdance Film Festival site: www.slamdance.com).

Three smart-mouthed high school virgins, suspended from school on a graffiti charge, flee to the inner city to live out the plot of The Catcher in the Rye.

A lonely young woman’s desperate need for emotional and physical companionship draws her into a surreal and ultimately destructive relationship with a shifting and whispering tattoo she has willed to life on her skin.

The unlikely relationship of two lonely men whose connection sets off a chain of events resulting in the loss of a thumb, the theft of a manuscript, and two appearances on a popular morning talk show.

A young Bulgarian woman, engaged to a well-off American, panics and runs back home, reuniting with her drifter friends and the wild life of her past and falling in love with her passionate but alcoholic best friend.

Sven lives with his elderly mother; Daniel is her caregiver. When she wanders off, their misadventure to find her leads them to discover their confusing affection for each other.

A series of demoralizing auditions and a cultish movement workshop push a struggling actor over the edge.

At the peak of disco-mania, three friends try and stop a local crime syndicate from turning their beloved roller rink into a video arcade.

Sam and Cara’s attempt to navigate their young marriage is complicated by miscommunication, suspicion and her deafness.

The story of the relationship between a young woman who has lost her memory and her mysterious caregiver.

A reformed drug dealer, now a claims adjuster by day and bouncer by night, receives earthshattering news that compels him to return to his past and seek transcendence beyond the Brooklyn concrete.

To achieve their version of the American dream, the Van Amburg family struggle as they fight against relentless toil, financial ruin and the harsh reality of dairy farming.

After being diagnosed with Lou Gehrig’s disease and rendered almost completely paralyzed, Tony “Tempt” Quan, a legendary L.A. graffiti artist, regains his voice through technology that reads the movement of his eyes and enables him to create art and write once again.

I WANT MY NAME BACK (Roger Paradiso, USA, Utah Premiere)

Thirty years after the historic recording of the iconic mega-hit “Rapper’s Delight,” Master Gee & Wonder Mike come back to reclaim their identities and rightful place in Hip Hop history.

Having fled a provincial past, a young, transgender prostitute searches for love and acceptance in a landscape of broken Hollywood Dreams.

A locker room expose about young basketball players in Hagen, Germany who face their fears of losing and challenge enormous odds to succeed.

WE ARE LEGION: THE STORY OF THE HACKTIVISTS ( Brian Knappenberger, USA, World Premiere)

An intimate look inside the world of Anonymous, the radical “hacktivist” collective that has redefined civil disobedience for the digital age.