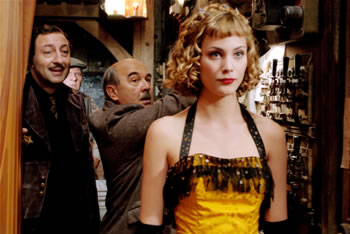 Says Mara Manus, the new executive director of The Film Society, “We are thrilled to be a part of the celebrations for the re-opening of Alice Tully Hall. The breathtaking new Grand Foyer and theatrical space will be an incomparable home for our community of film lovers for years to come.”

“Paris 36” (“Faubourg 36,” France/Germany/Czech Republic, 2008; 120m) screened at the 2008 Toronto Film Festival. A vibrant period musical comedy from the writer/director of “The Chorus,” it stars veteran French comedian Gérard Jugnot as the manager of a threadbare ’30s music hall that is scheduled to close. Inspired by the electoral victories of socialist Léon Blum and The Popular Front, he leads a movement against a local gangster to take over the hall and transform it into a cooperative in which everyone, from the actors to the stagehands, has a stake. Their success hinges on a promising new act, the velvet-voiced chanteuse Douce (Nora Arnezeder). Sony Pictures Classics will release the film in the U.S. beginning April 3.

The 14th edition of Rendez-Vous with French Cinema will continue through March 15th. Each year, the showcase–one of The Film Society’s most popular annual series–offers New Yorkers a decent overview of both popular and significant French films release throughout the previous year. These works from one of cinema’s most prolific and accomplished film cultures highlight both established cinematic masters and inspiring new talents.

“Rendez-Vous’s goal has been to provide as broad a panorama as possible of contemporary French cinema,” says Richard Peña, program director at The Film Society. “This year, the aesthetic and stylistic spread of the program is more impressive than ever.”

Frequent Rendez-Vous director Agnès Varda will present “The Beaches of Agnès,” a fascinating personal take on the beaches and cities that have influenced her creative life. Other long-time cinematic favorites complement newer voices, as Costa-Gavras tackles the economic hardships faced by illegal immigrants to Europe in his newest social critique, “Eden Is West,” and Samuel Collardey makes a lively directorial debut with “The Apprentice,” about the growth and family life of a young student in rural France.

Following similar social themes through more traditional methods, Pierre Schoeller’s lauded debut “Versailles” stars the late Guillaume Depardieu as a vagrant seeking redemption while caring for a five-year-old boy in the woods outside of France’s most opulent palace. 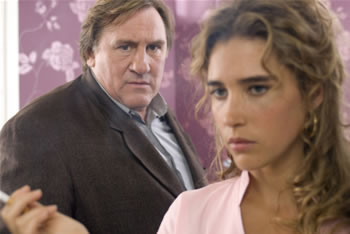 Claude Chabrol, whose “Bellamy” will receive its North American premiere during Rendez-Vous, was honored with the prestigious Berlinale Camera during this year’s Berlin International Film Festival.

Finally, new this year to Rendez-Vous, a program of prizewinning short films by emerging filmmakers will provide “an exclusive introduction to the next generation of French cinema,” says Peña. The seven titles in Tout Court: New French Shorts will screen together, Friday, March 13, at 4:00 p.m. and Sunday, March 15, at 3:15 p.m.

Tickets for screenings at the IFC Center are $12.50; $9.50 for IFC Center members; and $8.50 for children and seniors. They are available online at filmlinc.com and ifccenter.com, and at the box offices at The Film Society’s Walter Reade Theater and the IFC Center.

Tickets for the Opening Night screening of “Paris 36” at Lincoln Center’s Alice Tully Hall are $20; $15 for Film Society members.

Tickets go on sale on February 19th at noon. For info on how to buy tix, visit filmlinc.com or call (212) 875-5601 for Film Society screenings, or visit ifccenter.com for IFC Center shows.

Rendez-Vous with French Cinema 2009 Schedule at a Glance (all times p.m.)

(note: Due to construction taking place around Lincoln Center, access to the Theater is near Amsterdam Avenue. Once there, take the escalator, elevator or stairs to the upper level.)