A far cry from their past lavish affairs, the 2009 American Film Market and American Film Institute Film Festival appeared restrained. In keeping with the current global recession, both events were toned way down this year.

Gone were the free shuttles to and from AFI and AFM. Instead, both market and festival goers were left trying to figure out how to get from Santa Monica to Hollywood (12 miles away), or vice versa. But AFI came to the rescue by screening some of their films at Santa Monica theaters near AFM hotel headquarters. 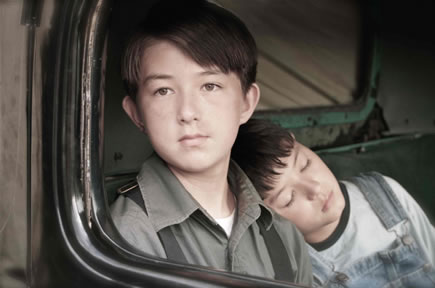 This year’s continued strategic partnership between AFI and AFM seemed to host fewer extravagant parties, as well as filmmaker panels and workshops. But not everyone was proceeding with caution.

Despite a sense of economic foreboding, the Media Development Authority of Singapore seems oblivious to the harsh fiscal climate. Instead, the MDA (a government agency set up to promote the financing of film productions) has plans galore for co-productions, 3D development, and innovative financing schemes through its Media Fusion entity according to CEO Kenneth Tan. With an emphasis on animation, films, games and publishing, Media Fusion makes Singapore a hot location for shooting. The island state is already at the forefront of technology by providing free wifi to its entire population.

By pumping $300 million USD into projects over the next five years, the MDA’s strategy is to be an aggressive and competitive player. In the area of co-production, it’s releasing the first Singapore-China-Korea film. Strongly focused on 3D business, the six year-old MDA, which hosted the world’s first 3D film festival last year, is funding the production of at least nine new 3D films.

JETRO is also focusing on co-productions and moving forward despite the gloomy global economy. Another government group, the Japan External Trade Organization was established in 1958 to promote mutual trade. In that capacity, it also nurtures Japanese filmmakers and studios like Dream Kid Inc. and Siglo Ltd. Yanagawa Nao, sales director at Siglo, attended AFM and spoke cheerfully about several movies slated for release, while producer Ohwada Hiroki of Dream Kid added his positive spin.

Without a doubt, some of the more entertaining films at AFI and AFM this year hailed from Japan. Below is an example.

The AFI screening of Kanikosen (Crab Cannery Ship) was sparsely attended, probably because it took place on a weekday morning. But it was worth getting out of bed early to watch this Sabu directed narrative about a working class revolt. On a crab processing ship, laborers are cruelly mistreated by a sadistic overseer representing the capitalist owners. Soon, a rebellion is brewing complete with hachimaki (headbands) and ginkoya (banners) displaying the workers’ new logo—a cog encircling three hands in unity. But after the Imperial Navy is summoned, the revolution is defeated.

Based on a 1929 agitprop novel by Kobayashi Takiji, this tale has strong socialist leanings especially evident by a scene where two Japanese runaways are rescued by a Russian ship and plied with dancing, food, and fun by its communist sailors. Another scene where an entire group attempts suicide by hanging is laughing-out-loud funny without being morbid.

While leaving the theater, I got a call from publicist Lauren Boye who offered a screener of The 8th Samurai. Having just missed its reception at the Official Residence of the Consulate General of Japan, Los Angeles, I was thrilled to be able to watch it. The 28-minute Japanese language film directed by American Italian Justin Ambrosino is a clever tribute to Akira Kurosawa’s famous Seven Samurai.

Landing the role of one of eight samurai in an upcoming film, an actor is grateful to receive his big break. On the set, he rehearses intensely. But while talking to his mother’s ghost, he realizes he should ensure his newly gained status by personally thanking the director. Unbeknownst to him, the director is sitting in his trailer contemplating a dream he’s had that urges him to dump one of the samurai. Both poignant and amusing, this film is shot in black and white and is, incredibly, Ambrosino’s AFI master’s thesis project.

Another AFI master’s project is Half Kenneth directed by Ken Ochiai.

A 21-minute short, it’s the engaging tale of two mixed race boys in search of their mother. While interned at a Japanese relocation camp, the brothers’ father dies. Not wanting to end up in an orphanage, the older boy runs away to find his white mother while his younger brother secretly follows. Besides having Yoko Ono Lennon as its executive producer, this film also boasts genuine multiethnic actors playing biracial kids.

Another film, Gururi no Koto (All Around Us), is a moody chronicle directed by Hashiguchi Ryosuke. Although he’s married with a pregnant wife, a shoe repairman can’t seem to stop flirting with women–especially the customers at his shop. Out of the blue, he’s offered a job as a courtroom artist just around the time he and his wife lose their baby.  While sketching some of the harshest, most unrepentant, criminals on trial, the man begins to dread going home to his depressed wife. Some of Japan’s most sensational cases of the 1990’s are used as a backdrop. As the man’s wife sinks deeper into a childlike state, he is forced to grow up to be the husband she desperately needs.

The Code is part of the Detective Office 5 series that includes two feature films and 48 Internet episodes. Featuring 100 crime-solving detectives, it’s been around for 60 years–making it one of the longest running detective series in the world. In this Shanghai co-produced episode directed by Hayashi Kaizo, a detective tries to solve the complicated code engraved in a beautiful singer’s back while constantly under attack.

Nisesatsu (Counterfeit) is an intriguing study of how a small mountain village known for its handmade paper deals with economic hardships in post WWII. Based on a true story, the film features an elementary school principal who lives alone with her mentally disabled son. Convinced by a former student to join a ring of locals attempting to make counterfeit money, she eagerly signs on with the idea of buying more books for her school. Meticulously, and with much effort, the group begins their well–planned operations. But everything goes wrong. Directed by Kimura Yuichi, this film is a lesson in character flaws and how greed leads to betrayal. An ensemble cast portraying ordinary folks struggling for better lives makes the film engrossing.

Hikidashi no naka no Love Letter (Listen to My Heart) is about love in modern Tokyo. Directed by Mishiro Shinichi, the story centers around a woman deejay burdened by her own unresolved issues who solves the problems of her audience by reading their letters on the air and offering them advice. Calling her program Love Letters from the Drawer, the deejay focuses on a young boy who is torn between his bitter grandfather and his intolerant father. When the deejay’s advice begins interfering with the family’s life, she visits their ocean-side home to offer help even as her own relationship with her boyfriend suffers. Meanwhile, some of the deejay’s listeners—an unmarried pregnant woman, an incompetent tax driver who can’t support his family, and a young doctor whose supercilious parents refuse to accept the lower caste woman that he loves—are all affected by her radio program.

Although both AFI and AFM appeared to be mere shadows of their old selves this year, there’s hope for the future. The incredible films being released in spite of the economic downturn are a good indication that the festival and market will one day return to the extravagant events they once were.