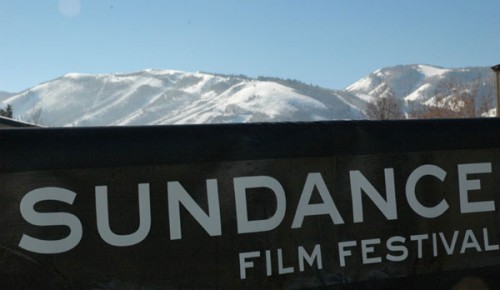 The world comes to the Sundance Film Festival from January 19 to 29. In the past several years, the Festival, which first made its reputation with American Indie cinema, has put as much emphasis on its World Cinema competitions, including sections for Dramatic Feature and Documenary Feature. By laying out a red carpet for international filmmakers and industry professionals, Sundance has been able to go mano-a-mano with such prestigious European-based film festivals as Berlin, Cannes and Venice. And since Sundance insists on world or international premieres (as do the three biggie festivals mentioned above), there has been a very interesting shift in the marketing strategies of international sales agents and distributors, who now see Sundance as key to their international promotion efforts. If a film hits it big in Sundance, and secures a U.S. or North American deal, then the stage is set for these companies to hawk the film at the European Film Market at the Berlin Film Festival (which follows just a few weeks later) and also at Cannes in May. So, Sundance has taken advantage of its January dates to encourage international film sellers and buyers to make their way up to the mountains of Park City as their first stop of the new year. This is quite a sea change in strategy (European films premiering in Utah before they premiere in Europe) but one that has expanded the reach of the Sundance Film Festival and which offers attending professionals and general public a chance to review the cinema output around the globe. Below is the list of dramatic and documentary films competing at Sundance, with descriptions provided by the Festival.