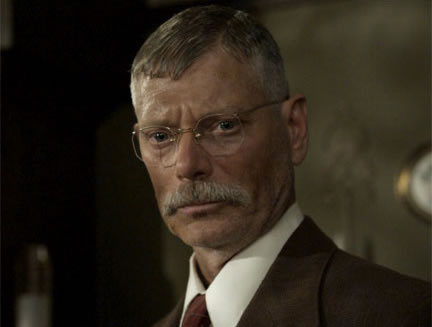 New York City, (May 12, 2010) – VISIONFEST 10: The Other Festival (VFX), which runs June 23-27, 2010, at Tribeca Cinemas (corner of Varick and Laight streets in New York City), is proud to announce the complete line-up for its 2010 Independent Vision Showcase.  The list of ‘official selections’, which exceeds 40 titles from all over the United States, includes narrative features, documentaries, shorts, and experimental & animated films.

This year’s Opening Night Selection kicks off with CONSENT, by Ron Farrar Brown, making its East Coast debut at VF10.  The film, which examines a “wealthy Manhattan family’s inability to cope with the suicide of their eldest daughter,” is a powerful drama, which pinches many tense nerves as it intimately portrays its central characters becoming entangled in a “downward spiral of drugs, alcohol, and sexual taboos that threatens to destroy them.”  VF co-director, Bruno Derlin, described the film as a “riveting tale that explores the dynamics of this particular family with uncompromising honesty and courage,” adding that: “it must have been a very challenging project for its writer-director, Ron Brown, who cast his own son,Peter Vack, and his daughter, Betsey Brown, in a tale that juggles homosexuality, adultery, and incest.”  Completing the family circle in the realization of this film, are producer Jane Brown,  who is also the director’s spouse, and many relatives and friends who contributed their own time and resources to the production of CONSENT, which also features a star-making performance by Troian Bellissario.

Official Closing Night Selection is Larry Brand’s CHRISTINA, making its NYC debut.  Already a winner of several awards at numerous film festivals, the film features three great performances by Nicki Aycox (DARK BLUE), Jordan Belfi(ENTOURAGE), and Stephen Lang (AVATAR and the upcoming CONAN).  VF co-founder, Mark Doyle, called the film “one of the best looking projects I’ve seen this year utilizing the popular RED ONE camera for image acquisition and possibly director Larry Brand’s most intimate work to date.”   Screening with CHRISTINA, is a short subject film originating from Florida State University, Stephen Bell’s THE QUARTERING ACT, an FSU Thesis project, also shot with the RED ONE camera and set during the same time period, which marks the first time a student film has ever been featured in a special “closing night” program at VF.