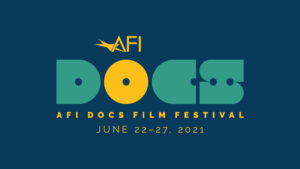 The 2021 edition of AFI DOCS runs June 22-27, with both in-person and virtual screenings. It’s the documentary film festival’s 19th iteration, and as always there is a diverse set of movies that should have something for everyone. According to the May 26 press release about this year’s slate, “The lineup features 77 films from 23 countries and 4 World Premieres, with 52% of the films directed by women, 40% by BIPOC directors and 18% by LGBTQ directors.” The program is broken into the following sections: Special Presentations, Guggenheim Symposium, Feature Films, Series, Cinema’s Legacy, Short Film Competition and Spotlight on the Hindsight Project. Though I have yet to see any new films in preparation for the fest, what follows are five recommendations, in alphabetical order, based on what I have previously seen elsewhere.

Pauli Murray (1910-1985) was many things, among them an activist, attorney, poet and priest. As a queer Black woman, she faced inordinate obstacles, yet managed not only to lift herself up, but the rest of us, too. Her writings informed the thinking of the civil-rights lawyers – among them Thurgood Marshall – who successfully argued the 1954 Brown v. Board of Education case before the United States Supreme Court. Murray also proved a huge influence on Ruth Bader Ginsburg, herself to go before the same court in the 1970s and win case after case to strike down discrimination against women. And yet, while both Marshall and Ginsburg have seen their share of encomia and other tributes, not so much Murray. She is overdue, therefore, for at least a cinematic paean, which directors Julie Cohen and Betsy West, fresh off their success with the 2018 RBG, are more than happy to give her. Enter My Name Is Pauli Murray, a stirring documentary that lays out all the reasons why its subject deserves her place in the annals of history.

In 1959, Pope John XXIII announced that the Catholic Church would soon hold an ecumenical council to address how it might adapt to the modern world and better serve its 20th-century parishioners. Known as Vatican II, the council convened over the course of three years, from 1962-65, at the conclusion of which it proposed changes to the liturgy, to its relationship with other faiths, and to the rules of conduct for its own clergy. Not surprisingly, given human nature, there were many who objected to this liberalization of an almost two-thousand-year-old institution, and some of these changes would be rolled back, or implemented weakly, given that resistance. Nevertheless, it was an exciting time for those who embraced reform, among them nuns who had long chafed at the Church’s restrictive patriarchy and now longed for greater agency. Director Pedro Kos (Bending the Arc) follows one such group, the Los Angeles-based Sisters of the Immaculate Heart, who fought the good fight in the 1960s, insisting on their due as fully realized beings.

Rise Again: Tulsa and the Red Summer (Dawn Porter*) [below capsule excerpted from a review I wrote for this website]

By now, one would hope, more Americans than ever before know about Oklahoma’s Tulsa Race Massacreof 1921, which just marked its 100th anniversary this year, on June 1. Given the press that milestone generated, not to mention the violent event’s appearance in not one, but two recent HBO series, Watchmenand Lovecraft Country, it seems like the time has come for ever-deeper analyses of the history and enduring presence of racism, systemic and otherwise, in the United States since its inception as a slave-holding nation. Despite the right-wing pushback against Critical Race Theory (which most people don’t even understand), we see a growing constituency of folks across the country willing to engage in critical discussions about our past and how it affects the present. Joining in that conversation is prolific director Dawn Porter’s latest documentary, Rise Again: Tulsa and the Red Summer, which looks back not only at what happened in Tulsa a century ago, but at the context that made such an attack on innocent citizens possible.

Looking for love in the modern world? How about in the middle of a pandemic? Where should we go and what should we do? Let’s try the same ubiquitous method that has gradually taken over the dating scene since the rise of the internet in the 1990s: online dating. Or rather, since that sounds so early 2000s, how about an app, or more than one? There is certainly no shortage of ways to date virtually these days. And I should know, since I am a veteran of this lifestyle. Which hardly speaks to its efficacy in finding true love, but a guy can dream. In Searchers, a new documentary from Pacho Velez (The Reagan Show), we explore the great variety of lonely souls out there – at least in New York City – including the director himself. Filmed with subjects looking at a screen placed between them and the camera, the movie features people gazing into our eyes as they scroll through unseen profiles. From twentysomethings to one very spry octogenarian, we cycle through needs both romantic and mercenary (this last from a pair of sugar babies looking for their daddies). Though small in scale, the film is large in spirit and heart.

Tom Petty, Somewhere You Feel Free (Mary Wharton) [below capsule excerpted from a review I wrote for Hammer to Nail]

The late Tom Petty’s 1994 album Wildflowers marked a turning point for the singer-songwriter, for both creative and business reasons. It was his second solo production (though it featured almost all the members of his Heartbreakers band) and the first such recording to be done for Warner Brothers Records (where he had previously found a home with the Traveling Wilburys). Working with a new producer, Rick Rubin, Petty was able to develop a more personal sound, and Wildflowers has ever since been considered an artistic milestone. In 2020, Petty’s estate arranged for a re-release of the album, entitled Wildflowers and All the Rest, with the many additional songs that had been cut in 1994 now added back in. During that process, Petty’s daughter Adria discovered a treasure trove of 16mm films, shot between 1993 and 1995 by cinematographer Martyn Atkins (a longtime collaborator of the musician), and these have now become the cinematic backbone of Mary Wharton’s new documentary, Tom Petty, Somewhere You Feel Free. The result is a vibrant portrait of aesthetic innovation and expressive liberation. If one is not only a lover of Petty but of this album in particular, it is also an aficionado’s dream come true.