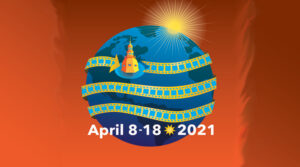 It looks like we are not yet out of the global coronavirus pandemic (please remember to get vaccinated!), and so we enter its second year with a continuation of the virtual versions of film festivals that evolved over the course of 2020. Last year, the Annapolis Film Festival had to quickly convert itself from a live event to an online one (hardly alone in that quick transformation), but now the 2021 fest, which runs April 8-18, returns with a comprehensive plan that includes many great films to watch via its virtual platform.

According to Director of Programming Derek Horne, there are 9 individual shorts programs, all “named after TV game shows, since our whole world has revolved around television to access movies since the pandemic lockdown started, and this last year’s news cycle has felt like one twisted reality TV show with the suspense of a game show.” Here is what he has named them:

What follows are my recommendations of 5 features to see, some of which I have previously reviewed at other festivals (in which case I excerpt from, and hyperlink the movie’s title to, that previous review). There’s a lot more you could watch, so get yourself over to the festival website to peruse the full list and learn how to purchase tickets.

Girl meets boy, boy meets girl, however it goes over the summer, and each lies to the other about their true identity. Lo and behold, they soon find themselves at the same high school, where the truth comes out. The love they thought they shared was based on fiction, and with hearts broken, they drift apart. Sound familiar? No, it’s not Grease, though the plot bears some more-than-superficial similarity to it. We’re talking Best Summer Ever, an equally delightful musical from directors Michael Parks Randa and Lauren Smitelli, featuring a cast of actors with and without disabilities, all integrated together in a dizzyingly fun romantic dramedy. “Tell me more, tell me more,” you say? Sit back, relax and let the good cheer wash over you.

Enemies of the State (Sonia Kennebeck)

Director Sonia Kennebeck just premiered her documentary United States vs. Reality Winner (reviewed for this website) at this year’s SXSW. Like that film, Enemies of the State (which premiered at Toronto last year) deals with the dangers of government overreach in the pursuit of national-security interests. Here, however, Kennebeck offers extraordinarily innovative techniques, taking official audio recordings from courtroom and other trial processes and having hired actors lip-sync their way through reenactments. The story focuses on one Matt DeHart, prosecuted on child-pornography and sexual-abuse charges, who claims that those crimes are nonexistent and merely a smokescreen for the CIA and FBI’s worries about top-secret files he was given as a freelance operative for WikiLeaks and the hacker collective Anonymous. Is that true or is he lying to cover some serious allegations? His parents (who give the movie’s title its plural subject) certainly believe him. Whether you will or not is less important than the mind-bending journey on display. Go ahead: enter the cinematic rabbit hole and see what happens …

Holy Frit (Justin S. Monroe) [excerpted from my Hammer to Nail review out of Slamdance]

Artist Tim Carey began his professional career as a painter, but then one day in 2003 he happened upon Judson Studios, a stained-glass production house based in Los Angeles. Instantly smitten, he gave up his former life to plunge head first into the new (to him) process. Flash forward 12 years, and as the firm’s main designer, he led the application process to win the commission for a 4000-square-foot window at a new building going up at the United Methodist Church of the Resurrection in Leawood, Kansas. If completed, it would be the largest of its kind in the world. One of three remaining finalists – the other two were from outside the U.S. – Judson Studios eventually got the gig. The only problem was that Carey’s concept, though very much to everyone’s liking, was not doable using conventional stained-glass techniques. What to do, then? That is very much the question in Holy Frit, a new documentary from director Justin S. Monroe (The Rock ‘n’ Roll Dreams of Duncan Christopher), and the fascinating answer is what takes up the nearly two-hour running time, most of which is deeply enjoyable (and educational!) to watch.

There is a place in Texas, about 70 miles north of the Mexican border, where thousands of undocumented immigrants have died making their way north, the direct result of policies put in place during the Clinton administration that force these desperate souls into the most environmentally dangerous areas of that part of the country. In order to avoid the interior check point at Falfurrias Station, the “mules” shepherding their charges drop them into a hot and dry region that has proven deadly over the years. For those tempted to shrug and assume that illegal entry deserves such a fate, Missing in Brooks County, a new documentary from Jeff Bemiss and Lisa Molomot (The Hill) offers a solid rebuke. However one might feel about border security, human lives and their loss deserve respect. In this film, we honor the dead.

Though Maryam is a licensed physician, she has trouble earning respect from some of her patients. She’s also distressed that every day, on her way into work, she has to walk over an unpaved road that has lately turned into mud, which also prevents ambulances from getting close to the hospital entrance. The reason for the first issue is that Maryam practices in Saudi Arabia, a country with a mandated strict separation between the sexes, and some older and/or conservative men find the idea of a female doctor abhorrent. The reason for the second problem is that her municipal district, for whatever reason, neglects her clinic, the only one that serves patients in her area, leaving it almost impossible to approach. While Maryam cannot solve the first situation, she can do something about the other, and so decides to run for local office. So begins The Perfect Candidate, from Haifaa al-Mansour, the lone Saudi woman director working in film. Making her first cinematic return to her homeland since Wadjda (released in the U.S. in 2013), al-Mansour shows the best kind of tough love a prodigal offspring can, offering honor and criticism, intertwined. It’s a thoroughly engaging mix.

Again, for more information on all the festival’s offering, visit its website.