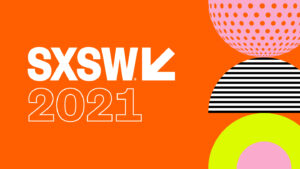 Last year’s SXSW Film Festival never happened, cancelled by the city of Austin, TX, on March 6, 2020, a week before it was slated to begin, courtesy of the then-nascent Covid-19 pandemic. This year the festival rises from the ashes of oblivion to deliver five days of virtual content, March 16-20, with a slate that offers 75 features and 84 shorts, plus assorted episodic series, virtual-cinema offerings and other special events, all grouped together under the banner of SXSW Online. Film Festival Today critic Matt Patti joins me as we each recommend 5 films to see. Read our thoughts and then check if any tickets are still available. Enjoy!

Though I will write reviews of different films (some of which I have yet to see) specifically for Film Festival Today, all five capsules below are adaptations of longer reviews soon to run at another site I write for, Hammer to Nail. I have seen these movies and can vouch for them.

Director Jeremy Workman has a cinematic nose for obsessive characters. In his 2018 documentary The World Before Your Feet, he followed subject Matt Green on his attempt to walk every stretch of New York City. Now he returns with a new film about a completely different kind of passion: dominoes. This time, his protagonist is one Lily Hevesh, whose YouTube channel, Hevesh5, has well over 3 million subscribers. Working both on her own and with a recurring team of collaborators, Lily travels the globe to make kinetic sculptures from the aforementioned blocks, many of which … nay, scratch that, all of which astound.

“My name is Paul Fronczak, but who am I really?” So asks the protagonist of director Ursula Macfarlane’s latest documentary, The Lost Sons. On April 27, 1964, a young Chicago mother, Dora Fronczak, innocently handed her newborn son over to a woman she believed to be a nurse. When, hours later, the hospital staff could not locate the baby, they realized they had a kidnapping on their hands. While poor Dora and husband Chester mourned their loss, local police and the FBI mounted a frantic search, all for naught. 15 months later and 800 miles away, in Newark, NJ, a different police force discovered an abandoned male child and, after failing to locate his parents, eventually wondered if he might not be the same boy (the woeful Chicago tale had garnered a certain amount of attention). When Dora, invited east, saw the New Jersey kid, she declared him hers. And that’s how Paul found his way home. Or did he? Watch to learn more!

Seattle director Wes Hurley concocts a stirring, visually inventive autobiographical tale in Potato Dreams of America, taking us from his Soviet childhood to emigration to America and the fraught drama of his coming out as gay. With a hyper-stylized, playful mise-en-scène, Hurley wastes little energy on naturalism, preferring instead to immerse us in the bizarro fantasy world of his real imagination. Do not be fooled, however, as no amount of purposeful defamiliarization can mask the all too familiar dangers of prejudice and closed-mindedness that lurk at every turn. We may cheer his liberation, but along the way we fear he may never set himself free.

The late Tom Petty’s 1994 album Wildflowers marked a turning point for the singer-songwriter, for both creative and business reasons. Selling over 3 million copies, it was and is a financial and artistic success. In 2020, Petty’s estate arranged for a re-release of the album, entitled Wildflowers and All the Rest, with the many additional songs that had been cut in 1994 now added back in. During that process, Petty’s daughter Adria discovered a treasure trove of 16mm films, shot between 1993 and 1995 by cinematographer Martyn Atkins (a longtime collaborator of the musician), and these have now become the cinematic backbone of Mary Wharton’s new documentary, Tom Petty, Somewhere You Feel Free. Viewers looking for a comprehensive take on the entirety of Petty’s life and work may be disappointed, given the specificity of focus here, but that is also its charm.

An inventive feminist fable, Lissette Feliciano’s feature debut, Women Is Losers, sets its simultaneously heartbreaking and inspiring narrative in the San Francisco of the 1960s and 1970s, at a time before the women’s movement of that era had garnered enough forces to effect change in the social and legal structure of the land. The stylized production design and reality-distorting moments of an actor breaking the fourth wall are grounded in a dynamic lead turn from Lorenza Izzo (Knock Knock), who is a force of nature. As the main character grows and gains consciousness, so, too, does the narrative swell in scale, achieving dramatic grandeur in its final scenes. Contrary to the plaintive lyrics of the Janis Joplin song from which the film takes its title, here the men don’t always end up on top, the women anything but losers. Whatever tomorrow may hold, Women Is Losers reminds us of the everyday battles fought to get here.

I have fond memories of attending SXSW back in 2018, on location in Austin. It was one of the most engaging experiences I’ve ever had and one of the most lively and fun events I’ve ever attended. I’d never seen a city bustle so much with activity; it was quite a sight to see, and the lineup of films was excellent. While SXSW 2021 is taking place virtually and cannot boast the same caliber of that great 2018 festival, there are still many films I’m very much looking forward to. Here are 5 that I’m excited for and am anticipating will have much success, two of which I’ve seen already thanks to advance screeners.

One of the festival’s exclusive headliners, this personal, intimate documentary dives into the events leading up to, and surrounding, the pop star Demi Lovato’s horrific overdose in 2018 and her journey since that horrific day. As someone who’s listened to and enjoyed Lovato’s music since high school but was never an avid fan, I was drawn to this film since I will now get to know more about her personal struggles. It is rare that a celebrity would fully participate in an endeavor like this, especially after such an embarrassing and painful event. But, as stated by Demi in the trailer, she’s willing to lay it all out there and make herself vulnerable.

The End of Us (Steven Kanter/Henry Loevner)

A slice-of-life drama set during the time of Covid-19, The End of Us explores the life of two exes, recently broken up at the onset of the virus, who are forced to remain living together due to California’s stay-at-home order. They now must attempt to remain civil and move past their breakup even when being forced to see each other every day. This film caught my eye because I actually have a friend that experienced something similar with his ex in the spring of last year. I’m interested to see how the struggles the characters face are brought to the screen and also how the coronavirus is portrayed in a fictitious world. While many new films coming out are not working the pandemic into their narratives, this one centers around the crisis and I’m excited to see how they present it.

This drama-thriller tells the story of a mother, Laura, who has lost her daughter Josie in a tragic accident, and her vested interest in a mysterious young girl next door, Megan, who creepily resembles the late Josie. As Megan begins to recall events that only Josie would know, Laura’s interest turns to obsession and madness as she goes a bit too far to get answers. I got to view this one already with an advance screening link and found it to be a captivating mystery with a surprising twist ending that shows how an unhealthy fixation can take over someone’s life in an attempt to fill an emotional void.

The Hunt for Planet B (Nathaniel Kahn)

Another film that I have seen already via screener, The Hunt for Planet B studies NASA’s current efforts in space exploration and the mission to find a planet similar to Earth. The film details the James Webb Space Telescope that is launching this year to explore the planets of the TRAPPIST-1 solar system some 39 light years away. Including enthralling interviews with some of the most intelligent scientists in the U.S., and showcasing advanced, cutting-edge technology that much of the population likely does not know exists, this documentary delivers the goods and shows the potential of our astrophysicists ,while also taking the time to advocate for saving the planet we’re on now.

Out of all the films on this list, I predict that this one will either be my favorite or least favorite … and that intrigues me. In this film, a young girl’s family is horrifically butchered in front of her. As a result, she gains synesthetic abilities and finds comfort in the sounds of bodily harm. Years later, she attempts to create her own twisted musical compositions through brutal murders. Sound of Violence will likely live and die by its unique, wicked premise. I’m hoping that the film is executed in a way to make it both disturbing and compelling, and that the characters are fleshed out well. However, I know there’s the possibility of this film coming off as a bloody, overly gory hodgepodge of different acts of violence with little character development. I sincerely hope that director Noyer can pull this off, as the idea has so much potential.

For further information on the festival, visit the SXSW Online portal.