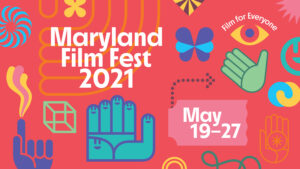 The Maryland Film Festival (MdFF) returns this year, May 19-27, in a virtual format, with a few special events that involve some more in-person activities, the details of all of which may be found on the festival website. There are the usual great variety of shorts programs (13 in total), along with 20 feature films. Tickets and passes are still available, so be sure to check out the schedule of events and make your choices now. As a Baltimore resident, I fully support the festival and attest to its importance to our cultural life here. Founded in 1999 by Jed Dietz, who served as director until 2018, the MdFF is now run by Sandra L. Gibson, joined by artistic director Christy LeMaster, and continues to bring terrific new movies to our fair city. What follows are my recommendations of what to see, based on screenings I watched at previous festivals or from my previewing of advance screeners.

At the Ready (Maisie Crow)

Teenagers in Texas have the option to take law-enforcement classes, with a special emphasis on border protection. In 2018, according to a title card at the start of director Maisie Crow’s new documentary, over 900 schools offered such training. Many of the students who enroll are Latinx, meaning that, should they follow through with a career in border patrol, they would be policing immigrants who look like them. They’re at an age where many of them have yet to think through all the ramifications of that potential decision, though, as one parent points out, most of the border patrol are Latinx, already. In addition, law enforcement is one of few fields in El Paso, where the film takes place, with wages comparable to the national average and with jobs that do not require a college degree. And so we follow Cristina, Cesar and Kassy (later Mason) as they prepare for the future, whatever that may hold, and however fraught (or not) it may be. Filled with difficult questions and no easy answers, At the Ready offers a unique take on a vital issue of our day. [link to tickets]

A delightfully odd animated narrative set in the 1960s at the very moment when hippy idealism crashed and burned, Cryptozoo offers fantastic beasts, where to find them and more. As one character cynically says, lamenting the protagonist’s attempt to safeguard mythical creatures from humanity, “Utopias never work out.” No, they don’t. We follow a motley crew of would-be saviors as they vainly try to protect legends of a magical past, even as their own actions guarantee the destruction of those very same charges. Ever strange and never dull, the film features a throwback herky-jerky animation aesthetic that is simultaneously off-putting and engaging. Always wanted to drop acid but were afraid to try? Cryptozoo is for you. [link to tickets]

Tired of the usual teen comedies and looking to spice it up with bloody mayhem? Enter First Date, in which the gentle lead’s attempt to go out with the girl he likes leads to gun battles, drug wars and more. Poor Mike (a winning Tyson Brown) wants nothing more than a date with Kelsey (Shelby Duclos, also great), yet is too shy to make anything happen … until his bestie forces his hand. Still, he needs wheels, and with his limited funds finds his options limited. Soon, new (very old) car in hand, he heads off for what he hopes will be a good time. It’s not to be, for one misadventure leads to another, and soon there are some very bad people after him. All the while, Kelsey waits, and waits, and waits … And that’s when the stuff really hits the fan. Mixing wit and violence in a kinetic mix, First Date is always that most wonderful of things: wholly unexpected. [link to tickets]

Director Jeremy Workman has a cinematic nose for obsessive characters. In his 2018 documentary The World Before Your Feet, he followed subject Matt Green on his attempt to walk every stretch of New York City. Now he returns with a new film about a completely different kind of passion: dominoes. This time, his protagonist is one Lily Hevesh, whose YouTube channel, Hevesh5, has well over 3 million subscribers. Working both on her own and with a recurring team of collaborators, Lily travels the globe to make kinetic sculptures from the aforementioned blocks, many of which … nay, scratch that, all of which astound. Beyond the joys of watching a young innovator at the top of her game, what the film also offers is a deep dive into the power of today’s influencers, most of them found on YouTube and assorted other online venues. As Jason Eppink, Curator of Digital Media at New York’s Museum of the Moving Image explains, we ignore the copious video output of and for Gen Z at our own peril. So don’t. Watch and be amazed. [link to tickets]

Two men and one woman sit in the front seat of a van, employees of STYX, the company slogan of which is “reduce, reuse, recycle.” They travel the countryside bringing death in their wake, possessors of a device that ends life with the flick of a switch. They have a schedule to maintain, and their visitations generally provoke more disappointment than alarm, one victim merely asking for a few more minutes so she can finish her task; another man wonders if they’ll keep his camper van where it is, as he found the perfect spot. Such is the German Paradies, which tells its bone-dry tale of a dispiriting dystopia in a manner that would make Greek director Yorgos Lanthimos (The Lobster) proud. The seeming order of things is irrevocably disturbed when our trio suddenly decides not to kill one of their targets. From there, everyone’s carefully cultivated routines start to fall apart. For what is life without direction? Possibly something strange and beautiful. [link to tickets]

A feature-length adaptation of directors Ivaylo Getov and Jeremy Ungar’s eponymous 2016 short documentary, Soy Cubana profiles the four women of the Vocal Vidas, an a cappella group based in Santiago de Cuba, located on the southern tip of Cuba, almost 500 miles from the capital city of Havana. In particular, it joins them on their first (and so far, only) trip to the United States, in 2017, to perform in Los Angeles at a number of venues, including one that is part of the Great Performances series. Over the course of the film’s brief 80 minutes, we follow their individual stories, along with how and why they sing, plus a little about their hometown. It’s a lovely portrait, filled with beautiful music and engaging protagonists. [link to tickets]

Not everything in Strawberry Mansion may be my narrative cup of tea, but there is no question that the visual aesthetic of directors Kentucker Audley and Albert Birney (Sylvio) offers almost limitless appeal (plus, Birney is a local, so go team!). A combination of wild fantasy and practical effects, the production design is as eccentric as it is engaging. We follow James Preble (Audley), an auditor (we assume of taxes), as he visits the titular structure to assess its adherence to guidelines. Everything is on the visual table here, with crazy dreamscapes colliding with even more bizarre realities. And then there’s love, that glorious emotion, which is perhaps the strangest (and loveliest) special effect of all. Though the story lost me, at times, I was ever captivated by the spectacle. [link to tickets]

An inventive feminist fable, Lissette Feliciano’s feature debut sets its simultaneously heartbreaking and inspiring narrative in the San Francisco of the 1960s and 1970s, at a time before the women’s movement of that era had garnered enough forces to effect change in the social and legal structure of the land. The stylized production design and reality-distorting moments of an actor breaking the fourth wall are grounded in a dynamic lead turn from Lorenza Izzo (Knock Knock). As the main character grows and gains consciousness, so, too, does the narrative swell in scale, achieving dramatic grandeur in its final scenes. As the story ends on the dawn of an age where Roe v. Wade has just been decided, the future looks hopeful. That was then, anyway. Whatever tomorrow may hold, Women Is Losers reminds us of the everyday battles fought to get here. [link to tickets]