At IDFA, the International Documentary Film Festival Amsterdam, documentaries are not the appetizers or the sidebars or even the dessert, they are the main course, and a sumptuous one it is too. The largest and most influential of all the documentary film festivals that have popped up around the world in the past two decades, IDFA not only delivers a quality film festival experience for its enthusiastic local audiences, but also serves as a meeting point for producers, sellers and buyers of the non-fiction art form from all corners of the globe. If you are a member of the documentary tribe (guilty as charged) then you will be in Amsterdam starting this Thursday for a week of non-fiction immersion. 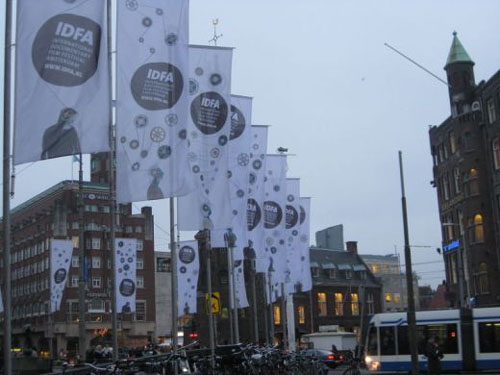 IDFA is a festival that, among other things, has been totally embraced by the city that hosts it. This not only has economic implications in a time of governmental austerity and severe cutbacks to arts funding (IDFA enjoys the kind of local and federal government support that many festivals can envy), but it also becomes a city-wide explosion of films, events, musical performances and receptions that seems to involve the population as a whole. I have never seen documentary filmmakers treated as rock stars as I have witnessed in Amsterdam. The affinity between the courage and vision of the filmmakers and the curiosity and active interest of the audience is a symbiosis of great power and astounding potential. A world still possible to transform itself through self-analysis and visionary thinking is accented by this devotional dance between documentary film and the enervated public that sells out most IDFA screenings. 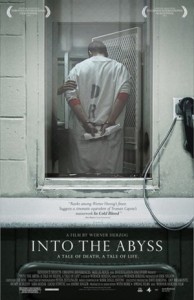 The range of the Festival is also astonishingly broad. From films with environmental concerns to political treatises on social inequality and corporate malfeasance to portraits of artists, misfits and social outcasts, the Festival offers a 360 degree appreciation of the zeitgeist, the good, bad and the ugly of what it means to be on the planet in the second decade of the new millennium. Harkening back to my original metaphor, IDFA offers a main course of top flight documentaries from around the world in its main VPRO IDFA Competition For Best Feature Length Documentary, a prize that consists of a nifty sculpture and a 12,500 Euro cash prize (to be announced at the Festival’s relaxed awards ceremony on Friday, November 25). Sixteen films, including two Dutch productions, are competing, with genres and country of origins that are astonishing in their breadth and diversity. Among the titles up for the Festival’s top honor (in alphabetical order) are 5 BROKEN CAMERAS (Emad and David Davidi, Palestine/France/Israel), the Festival opener THE AMBASSADOR (Mads Brügger, Denmark), ABOUT CANTO (Ramon Gieling, The Netherlands), BAD WEATHER (Giovanni Giommi, Germany/UK), BAYOU BLUE (Alix Lambert and David McMahon, USA), CINEMA JENIN (Marcus Vetter, Germany), FIVE STAR EXISTENCE (Sonja Lindén, Finland), GORAZAN/TIME PASSING (Frank Scheffer, The Netherlands/Germany), INTO THE ABYSSS (Werner Herzog, Germany/UK/USA), MAMA ILLEGAL (Ed Moschitz, Austria), PINK RIBBONS INC. (Léa Pool, Canada), PLANET OF SNAIL (Seung-Jun Yi, South Korea), PUTIN’S KISS (Lise Birk Pedersen, Denmark), SIX MILLION AND ONE (David Fisher, Israel), SONGS (Eduardo Coutinho, Brazil) and THEY CALL IT MYANMAR—LIFTING THE CURTAIN (Robert H. Lieberman, USA).

Rounding out the program are IDFA competitions in various categories that are distinguished by their subject matters and cinematic approaches that continue to blur the line between non-fiction and fiction, and often incorporate new technology into their formats. Those are the qualities present in IDFA competitions for Mid-Length Films (with a 10,000 Euro cash prize), First Appearance (debut films with a 5000 Euro prize), Student Documentary (student films from international film academies with a 2500 Euro prize), Dutch Documentary (for local productions with a 5000 Euro prize), Green Screen Documentary (films on man and his environment with a 2500 Euro prize), DOC U Award (films for young people with award determined by a youth jury, with a cash prize of 1500 Euros) and the newly inaugurated Music Documentary Competition (set up in cooperation with the music film festival PLAY, with a cash prize of 2500 Euros). 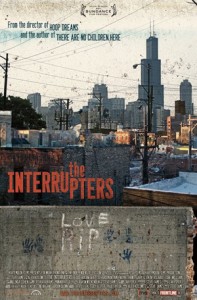 Screening in the extensive non-competition sections of the Festival are stimulating films from the international festival circuit and by acknowledged masters of the art form. In Reflecting Images: Best of Fests, IDFA brings together the cream of the crop of non-fiction features from the likes of Sundance, Berlin, Tribeca, Hot Docs, Silverdocs, Venice and Toronto; Reflecting Images: Masters offers the local premieres of the latest masterworks from such documentary lions as Victor Kossakovsky, Marina Goldovskaya, Frederick Wiseman and Nick Broomfield; Reflecting Images: Panorama focuses on films that explore urgent social and political hot button topics, sure to stimulate discussion and debate among attendees; Paradocs offers a stimulating program of experimental documentaries that continue to expand the language of documentary filmmaking; Kids & Docs is specially geared to children from ages 9 to 13, to discover the films and to stimulate awareness and discussion; Doc Next focuses on new films from Europe’s emerging documentary talents; and American filmmaker Steve James (HOOP DREAMS) will present his Top Ten choices of films that have influenced him, as well as being the subject of a retrospective of his career, including his newest film  THE INTERRUPTERS, which follows a number of former gang members in Chicago, who have set up a program to put an end to violence among young black Americans.

Add to this a focus on the new wave of Brazilian documentary filmmaking, a dizzying array of seminars, panels and master classes, several professional sidebars where new films in production will seek financing and completed films will be promoted to buyers (and not to mention IDFA’s infamous and wonderfully inclusive music and social events), and you have the most complete and satisfying “love in” for doc films on the planet. I will be in attendance and report back on the doc doings, but to get a complete picture, visit IDFA’s excellent and informative website: www.idfa.nl