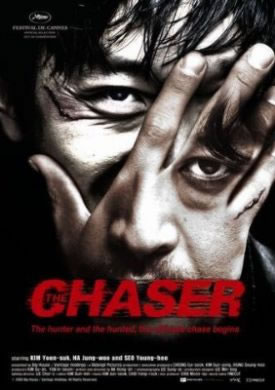 In an earlier article, I wrote about the European films that make up the core of the World Cinema section at the Fort Lauderdale International Film Festival, which is entering its final weekend. However, choice non-European films from around the globe are among this year’s highlights.

ADELA, by Filipino director Adolfo Borinaga Alix, won a Best Actress prie at the Cinemanila Film Festival for its lead actress, the octogenarian Anita Linda. She stars as Adel, a former radio personality who lives on her own in the slums of Manila. Faciing her 80th birthday, Adela is surrounded by a sea of humanity and their problems, successes and trivilaties. While she offers help to some and advice to others, she sees the push and pull of the world as something that is eternal and beyond her own abilities to change. The film has a quiet and gentle atmosphere while teaching valuable life lessons to those willing to spend the time with its protaginist.

THE CHASER from South Korean director Na Hong-jin is a suspense thriller in which the police are more corrupt than the criminals that they pursue. When a pimp who is also a former police detective (go figure) discovers that the prostitutes who go mysteriously missing may have been done in by the foul play of fellow cops, he must go underground and search for his girls. In a style that can only be called pulse-pounding, director Na offers a wild ride for audiences that is not afraid of blunt sexuality and violence. He directs with muscle and verve, bringing a morally ambivalent universe to vivid life.

In NOT BY CHANCE, which won a Best Film Prize at the Chicago Film Festival, is a striking Brazilian film by writer/director Phillippe Barcinsky. The film tells the tale o two men who are affected by the same fatality. A tratgic accident involving a woman in each of their lives sets them on a journey of love, loneliness and desire to control the uncontrollable. Set in the modern backdrop of Sao Paulo, the debut film presents vivid characters caught in a human drama that is moving and rewarding.

From Iran comes A SPAN OF HEAVEN, an intriguing fantasy film by Ali Vaziria. In the Farsi tale, a young boy sells flowers to help provide for hs poor family. One night, as he speaks his heart o God, an angel appears to him. The angel inquires what is the young boy’s wish an the reply is a little bit of heaven for his family and friends. Miraculously, his wish is granted. The director looks at the split between the pragmatic and spiritual dimensions of modern Iranian society and offers a morality tale of surprising force and dimension.

For more information on these and other films presented at the Festival in the past 10 days, visit: www.fliff.com