On the eve of the Zlin Film Festival, which kick off its 50th anniversary celebrations on Sunday, May 30, I spoke with the very busy Petr Koliha, the Festival’s Artistic Director. As the first major film event following Cannes, the Zlin Film Festival takes up the mantle of film appreciation, with a particular focus to film and media projects produced for the children and youth market. As all eyes turn east to the UNESCO heritage city of Zlin in eastern Czech Republic, Petr Koliha shares his thoughts on the Festival’s impressive history and its aspiration for the future.

Sandy Mandelberger (SM): How long have you been involved with Film Festival Zlin?

Petr Koliha (PK): I’ve been the artistic director of Film Festival Zlín for seven years. Before that I worked as the program director for two major Czech TV stations. But my primary profession is film directing, which I studied at the famous FAMU film school in Prague. That’s where directors like Miloš Forman, Jiří Menzel, and Lordan Zafranovič also studied. Managing the film festival is actually a lot like film directing, but on a large scale.

SM: The Festival is celebrating its 50th anniversary this year. How do you explain its long history and its continued relevance in the world of film festivals?

PK: Film Festival Zlín was founded in 1961 and is thus the oldest festival in the world in the category of film festivals for children and young people, and over time it’s become the largest. Each year we show between 400-500 films from around the world with attendance from the public of over 100,000 people. The Festival is closely linked to the history of Zlin’s film studios, which were established by the industrialist Jan Antonin Bata in 1936. However now it has evolved and today, aside from films for children and youth, it is also devoted to European film debuts, animated films, documentary films and others. In recent years it has also been offering night screenings (Night Horizons) for the city’s many university students. I think we are unique in the calendar of world festivals.

SM: What are some of the special programs you have for this year’s celebrations? 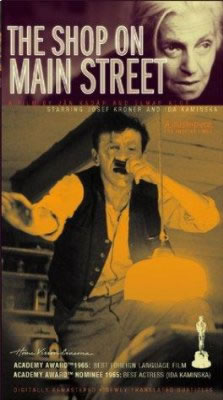 PK: Aside from the festival’s grand 50th anniversary, this year we’re also celebrating a number of other anniversaries. It’s been 100 years since the birth of the famous Czech animation director Karel Zeman, who shot almost all his films at Zlín’s film studio. Many experts have described Karel Zeman as the successor of Georges Mélies. Another person who would have turned 100 this year is the director who was there to see the birth Zlín’s film studios, Elmar Klos won an Oscar, along with his colleague Jan Kadar, for the 1966 film THE SHOP ON MAIN STREET, which is a very important film in the history of Czech cinema. This year, we are offering a number of film retrospective programs produced in the former Czechoslovakia, as well as contemporary films from the Czech Republic and Slovakia.

SM: The Festival is dedicated to showcasing the best in children’s and youth programming. What major changes have you seen over the years in the kinds of films being made for this segment of the audience?

PK: Films for children and youth are rapidly evolving. They follow the main trends of world cinema. The stories are getting faster, funnier, smarter. Aside from fantasy films that remain very popular, a new kind of children’s cinema tries to get close to the realities of the conflicts and challenges of today’s youth, including serious issues such as bullying in schools, drug addiction, questions about sexual orientation, violence, family tensions. I think these films are also of interest for adult audiences as well.

SM: Please share a particular memory that you have that stands as a high point of your years with the Festival.

PK: Two come to mind from the hundreds I could name. The first is at the annual opening of the festival in our main cinema, which holds more than a thousand moviegoers. When they start to turn the lights down in the in the hall, a thousand children begin screaming out loud and I get a wonderful feeling from this exciting new, young energy … The second experience is the opportunity to meet personally with numerous world filmmakers. They are always very interesting personalities. I still recall time spent with the English actor Michael York, the French actress Marléne Jobert, and the famous Russian director Alexander Mitta. This year I look forward to meeting the Oscar-winning Hungarian director István Szabó, the famed Czech director Jiří Menzel and the famous British actor Christopher Lee. I always keep these experiences deeply etched in my memory.

SM: What are some of the plans you are thinking of as the Festival moves into its next half century?

PK: As the festival moves into its next 50 years we would like to make some significant changes. We not only have a new design prepared, but we would like to bring in some new innovative programming ideas. For example, we are considering a new section called YOUNG HOLLYWOOD, focused on emerging American talents. e will certainly continue to cultivate our competitive sections with things like the European Debuts (first films), which has a new media partner, the International Film Guide (IFG). The goal is to upgrade this section to a top international competition of debut films by young directors. Other goals include expanding the Festival into a yearlong event and further expanding our international activities. This year, we hosted presentations in New York, Seoul, and at the Berlin Film Festival. We would like to “export” our festival to other world centers. It will take a lot of work and determination but we have our eyes on the prize.