Tina Fey’s first big blunder. Cavalier and flippant regarding serious issues. Sloppy directing, terrible acting. Where is Helen Hunt when you need her? 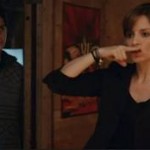 educated daughter that she intentionally got pregnant by a stranger on a train. She wanted a child but not the burden of a husband. Why won’t Portia call her “Susannah” instead on insisting on using “Mom”? So, raised by a single parent, Portia finds herself in her 30’s, a Princeton graduate, working for 13 years as a Princeton admissions officer, and living with a slimy department head Mark (Michael Sheen) who is having an affair with a vixen colleague (Sonya Walger). They are having twins. 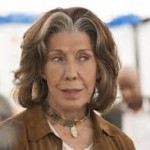 Regardless of not living up to her mother’s radical expectations, Portia has a very difficult, demanding job at one of the most prestigious universities in the world. Out of over 20,000 applicants, Portia and her fellow admissions officers must find the perfect students who will make up Princeton’s Class of 2016.

According to the Princeton website, Princeton University received 26,664 applications for admission to the Class of 2016 and admitted 2,094 students and 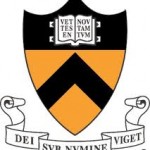 enrolled a record 1,357 students. Those numbers included 603 students who were enrolled through the single-choice early action process. Over the past eight years, the University has seen a 95 percent increase in applications, including seven continuous years of growth leading to a record 27,189 applications last year for the Class of 2015.

While Portia is blissfully unaware of her boyfriend’s affair, the Dean of Admissions, 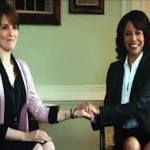 Clarence (Wallace Shawn*), is retiring and will choose either her or Corinne (Gloria Reuben) as his successor. I assume being an admission officer at Princeton is a high paying status position. It does come with challenges: every applicant is an over-achiever, academically worthy, and has wealthy parents (who can make generous donations). When I searched Wiki.answers for ‘how much money does a college admissions director make?’ The best and only answer was: “$1. Their real compensation comes from destroying the lives of hopeful college prospects.” (Clever and well said though I had to correct all the misspellings.) 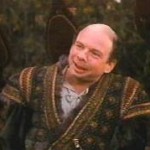 *Shawn will always be remembered for his Battle of Wits scene in THE PRINCESS BRIDE (2002). Vizzini: “You fell victim to one of the classic blunders. The most famous is “Never get involved in a land war in Asia.” But only slightly less well known is this: “Never go in against a Sicilian when death is on the line! Ahahahaha, ahahahaha, ahahaha.”

What is the Princeton criteria for admission? Janet Lavin Rapelye, the dean of admissions for Princeton University, answered reader’s questions in September, 2012 for The New York Times. http://thechoice.blogs.nytimes.com/2012/09/24/guidance-office-princeton-answers-1/ ** 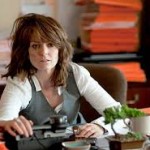 ling. It ended with this: “Let me be honest: It’s well-known that grades, recommendation letters, claims about extracurricular activities and the like are almost always faked (and bought) by students here in China. (I’m commenting from Shanghai, but it’s the same all over China.) Even personal statements and essays can be outsourced. Sadly, even an SAT score can be “bought.” The going rate here in SH is RMB 20,000, about $3,200.”

Now, after my hour-long research on all things Princeton, I return to critiquing the movie: Portia’s mantra is that there is no secret formula for getting in to Princeton. But, it seems, everything hinges not only on academic and SAT scores, but the much-feared essay. 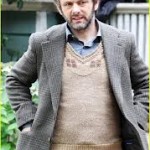 One part of an admission officer’s job is to go around her designated area and visit high schools. Hounded by a teacher, John Pressman (Paul Rudd), who runs an alternative school and happens to have been a former college classmate of Portia’s, she goes to the nearby high school, New Quest. John is teaching the students how to build a fort. John singles out one student to campaign for: Jeremiah Balakian (Nat Wolff). Jeremiah is adopted and his parents work at a convenience store. He’s a proud autodidact with poor grades but perfect test scores. He passed five courses without taking them. Does John sleep with Portia to close the deal? Only someone as jaded as me would consider this.

If you have seen the trailer for ADMISSION, it’s no secret that John tells Portia he has proof that Jeremiah is the baby she gave up for adoption when she was in college. Now, John wants Portia to make sure that Jeremiah gets into Princeton. Portia does every unethical trick to help Jeremiah. As a respected Princeton employee and a frontrunner for the position of Dean of Admissions, what Portia does is shocking. She should have told the dead of admissions that Jeremiah was her son and recused herself from judging his application. Instead, she plays dirty. She makes a sly deal with arch-rival Corrine to vote for her candidate in exchange for Corrine’s vote for Jeremiah.

This is a role for Helen Hunt. Fey does not have the acting depth to play such a role. She cannot get into the skin of Portia. Losing Mark is just an inconvenience after 10 years together. Her mother’s double mastectomy is dealt with by the comment “I could have driven you to the hospital”. A scene like this needs a strong emotional undercurrent. And poor Rudd is forced to play a one-note, environmental Brown Shirt character filled with shopworn speeches about digging wells in Uganda (where he adopted a sassy-mouthed boy). You can tell Rudd is uncomfortable with the hackneyed dialogue he has to say and then say again. All Rudd can do is fall back on his charm and give a look of engagement and sincerity. 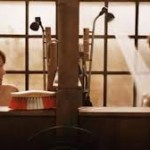 ic. You wanted more from her character, a sharply written role that Tomlin underplays. Tomlin knows this defiant character and delivers the dialogue without plowing it into the ground. Somehow we see Susannah’s whole life in the way Tomlin plays her.

Children are hard to raise. Adopted children come with a deeper, more troubling dynamic. I know several people who adopted children. It has turned out badly since there is always resentment. They feel cheated and there are only two people to take their bitterness out on – the well-meaning adoptive parents. It is a fact that – even if the mother had good reasons – they were abandoned and given up by their mother. However, Jeremiah and John’s son are both well-adjusted, happy adoptees.

Portia got pregnant, slipped away for a few months and then returned to her college life. A small blip that could have ruined her CV. She never mentioned it again or showed any regret. It’s like she gave away a kitten. Wouldn’t we see some angst for the children she turns down for admission? Would she look at babies and wonder “what if”. Did she ever think about what happened to her baby?

Is this a comedy? I laughed just twice. The stab at laughter when John forced Portia to help with a pregnant cow was not funny.

The director, Paul Weitz, who directed one of the most emotionally engaging films, ABOUT A BOY (2002), fails here. The actors over-exaggerate with clown-like faces in the opening scenes. Weitz does not seem to be able to actually direct Fey. He cannot get her to emotionally relate to the scenes. What was it about the novel by Jean Hanff Koreliz and the screenplay by Karen Croner that appealed to him? Was it just a paycheck? The energy is missing in Weitz’s directing.

Tina Fey can do no wrong, but in my opinion, ADMISSION, as a vehicle for her first starring role and name-above-the-title movie, misses the mark.