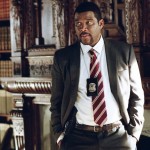 Matthew Fox is terrifying and awesome while Perry proves he cannot act, especially in emotional close-ups. I did like the phantasmagoric story.

Who wants a hulking, fat action star clearly having a stunt double do his running in the opening scene? 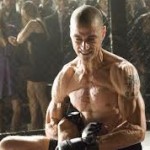 – if the screenwriters will continue matching Cross with highly diligent psychopaths.

Leaving the preview screening, I overheard a young man’s comment. He said the story was based on several of the James Patterson’s “Alex Cross” novels. However, this one is supposedly an adaptation of Patterson’s 12th novel featuring the Ph.D forensic psychologist/detective. 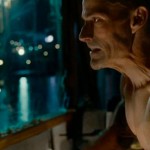 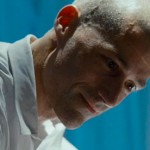 I’m going to assume director Rob Cohen assessed Perry’s stone-cold acting abilities yet global empire and decided to make CROSS’s nemesis, Picasso, one of the most fascinating killers since “Buffalo Bill” (SILENCE OF THE LAMBS) and “Francis Dolarhyde” (MANHUNTER and RED DRAGON).

My one complaint about Picasso is he is so super-humanly prepared and outrageously weaponized but only requires a paltry $3 million to torture and kill so many people. Yeah, I know it’s his form of pleasure but it seems he must be in debt financing his handiwork. 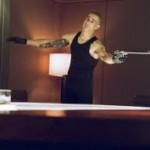 Regardless of the Perry empire and his wildly popular “Madea” franchise, Perry wants to be seen as a Hollywood star not a star only because of a big mama fat suit.

So unless we are watching Picasso, the attention is on Perry’s star-demanded close-ups. It’s a fact: it’s hard to express deep emotions on a fat face. If you have seen the BBC series “Luther”, you know Idris Elba should have played Alex Cross. When is Elba not seething with anger? Elba’s face is a Rorschach inkblot.

Picasso is creepy and Fox lost nearly 40 pounds to play the extremely fit serial killer. We are quite impressed when AIDS-thin Picasso pays $11,000 to fight a champion in a bare knuckles cage fight. He has his reasons and we see his abilities against a much bigger man. I was impressed with this fight scene. Fox said he had always envisioned the assassin to be “disturbingly lean,” so the studio hooked him up with celebrity trainer Simon Waterson. Well, Fox and Waterson may have gone a tad too far.

This cage fight supersedes the final confrontation between Cross and Picasso. Filmed in the dark and in such a tight space, it is unclear which stunt double is doing the punching.

While I know that exposition is verboten for stars, CROSS has a sloppy, absurd ending that ties everything together. 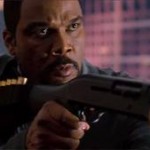 I cringed every time revered icon Tyson was on the screen. Talk about chewing up the scenery.

I have two glaring complaints for the screenwriters, Marc Moss and Kerry Williamson. It sure looked to me and my husband that Picasso was pretending to be dead at the first crime scene. Don’t police officers do a cursory check on victims? What was left out? Picasso insists Cross ask him any questions he wants. He demands it. Then when Cross does, he goes postal. Huh? Like Picasso didn’t know Dr. Cross would suggest he might have masturbated when he got home from work.