OK……let me set up the scene. You and your slacker roommate are living in a cheap rent apartment in one of San Francisco’s less tony neighborhoods. One night, you hear an argument of torrential rage coming from behind the paper-thin walls from the apartment next door. Night after night, you are captivated by the hilarious and insidious darkness of the epithets being thrown from one person to the other, and then the bright idea strikes you…….record the madhouse melee for your friends to appreciate (especially when they are drunk or stoned). You start to become obsessed with this clandestine taping and eventually assemble hours and hours of deeply demented “audio verite”. The friends start sharing the cult audiotapes with their friends and soon there is a national following that you and your slacker roommate now make a tidy sum from supplying. 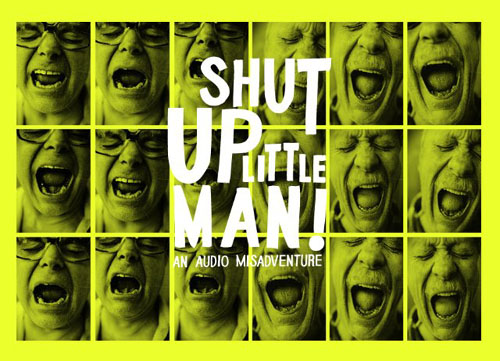 If all this sounds like something out of R Crumb or Harvey Pekar, it is in fact the true story of SHUT UP LITTLE MAN!, a fascinating new documentary by Australian director Matthew Bale, that had its premiere on the final weekend of New Directors/New Films, the superlative festival of film discoveries co-presented by the Museum of Modern Art and the Film Society of Lincoln Center. The title comes from the oft-repeated rant in which one demeans the other and has become a tagline for those who follow the saga.

The film follows Eddie and Mitch, two slacker punks from the Midwest who moved to San Francisco in the mid 1980s to live the bohemian lifestyle that the city on the bay has to offer in spades. In their low-rent digs (dubbed the “pepto bismol palace” because of its sickly pink paint job), they come upon the fascinating and tart relationship between Peter Haskett, a flamboyant gay man, and his live-in roommate/lover/keeper (?) Raymond Huffman, a raging homophobe. This decidely odd couple let loose with the most profane and disgusting comments about one another in a rage fueled by alcohol and mutual disgust and self-loathing. This “theater of the insane” is captured by the slacker neighbors, who inadvertently create the first “viral” pop culture sensation long before there was such a thing as the internet. 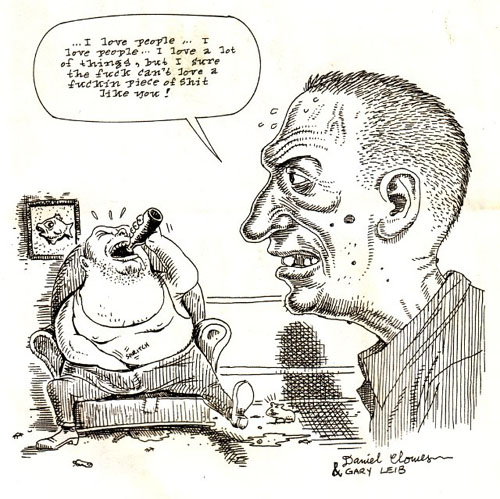 The audio tapes developed a cult following around the world, with the suddenly famous Eddie and Mitch not above making money off the hilarous but hurtful rages that they have recorded. The film shifts from the decade when the recordings first began (1980s) to a contemporary scenario where the slackers-turned-entrepreneurs attempt to clear up the mystery of the true relationship between the sparring two-some. Where they lovers in some kind of twisted, masochistic menage? What exactly did they provide for one another that allowed two such misalligned misanthroped to stay together for so many years? What does it all say about human relationships and the need for connection?

However, over and above deciphering the true nature of this oddball couple, the film looks at the thin moral line between “making art” and exploitation for profit. Various underground musicians, graphic artists and cartoonists have liberally borrowed from the “messed up myth” to create or accent their own artworks. While it could have used a bit more journalist investigatory zeal on the part of the fillmmakers, the contradictions are certainly there in the story. Despite all their claims of artistic integrity to the contrary, even Eddie and Mitch have to admit that they have capitalized on the pain that they captured. The film also reveals a comical side to the phenomenon as competing teams of hucksters attempt to launch a movie version of the “drunk drama”, none of which would have benefited the hard-on-their-luck protagonists.

This is one of the more controversial and provocative films on the dark side of art and commerce that I can think of. And even though it does not take place during our “take no prisoners” Facebook age, it has reams to say about what is the line between private and public and who gains from another’s pain. In this time when news event, both hilarious and horrific, are on display 24 hours a day for our consumption, SHUT UP LITTLE MAN! provides an inkling on how we got to where we are today.

For more information on the film and to view clips and audio samplings, visit: www.shutuplittleman.com