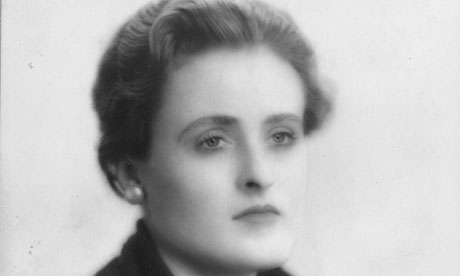 In November 1918, as victory bunting fluttered between lamp-posts all over London, a young British movie star had his day in court. Lionel Belcher, much more handsome than his name, the leading man of Bonnie Mary and In Another Girl’s Shoes, did not emerge with his reputation intact. He had been one of the last people to speak to Billie Carleton, a West End musical comedy actress, before her drug-swashed body was discovered in her apartment next door to the Savoy hotel. The subsequent inquest revealed that Belcher was not as redeemable as some of the troubled romantics he embodied on the screen. He had deserted his wife. He was a heroin addict. Thanks in part to his father’s bankruptcy, he was supplementing his earnings by dealing cocaine, purchased illegally from a Soho chemist “well-known in the theatrical and cinema world”. The response of the film company that employed him was swift and decisive: they re-released one of his old hits, The Yoke – the story of a young man weaned from the demon dope by a lover’s dedication, adapted from a 1907 novel that had been suppressed on the grounds of obscenity. While Lionel Belcher faced the music, the International Cinematograph Company anticipated the sound of ringing tills.

Until recently, British cinema before the coming of the talkie was customarily dismissed as amateurish and genteel. That this opinion is fading away is largely due to the organisers of the annual British Silent Film Festival, who, for the past 13 years, have been screening neglected treasures from the archives, and rebuilding a sense of the talents who produced them and the people who watched. When the medium was young, it seems, nice people didn’t have much to do with it. “A penn’orth of dark” was the commodity most prized by many members of the audience. Usherettes scooted up and down the aisles and sprayed the patrons with Jeyes Fluid.

According to some who lived long enough to be interviewed by historians, the fumigation should also have been carried out on set. “I was in at the beginning,” recalled Douglas Payne, a veteran actor who had played thoughtful heroes since Herbert Asquith was prime minister. “Believe me, the British film industry developed through the efforts of the strangest conglomerate of humanity one could imagine. Of course, there were the visionaries, the pioneering spirits, the intellectuals; but in comparison with other industries, more than the usual percentage of adventurers, confidence men, and even a few of what used to be called in my youth, ‘white slavers’. They saw the casting couch as the answer to their wildest dreams. I once mistakenly lent a dress suit to a producer. It was returned to me covered in blood, the by-product of discharging pox. Yes, you met all kinds of game in those days.”

We know the names of the beasts that were bagged by the police. Bernard Edwin Doxatt-Pratt worked as a film director in Britain and Holland, making boxing pictures and movie versions of West End hits. He abandoned two wives, disappeared with the fees of a film acting school for which he failed to take a single class, and was sent to prison for failing to pay a hotel bill. His contemporary Sydney Northcote was a prolific producer of salty melodramas, all of which featured Dorothy Foster emoting on various stretches of British coastline. The titles he shot just in one year, 1912 – The Smuggler’s Daughter of Anglesey, The Belle of Bettwys-y-Coed, A Cornish Romance, The Pedlar of Penmaemawr, A Tragedy of the Cornish Coast and The Fisher Girl of Cornwall – suggest that he was not the most versatile of talents, but they also explain the nature of his life of crime. Shortly after this spurt of activity, it struck him that it was not absolutely necessary to make a picture in order to extract cash from its backers, and took to touring seaside resorts, raising funds for the production of movies, and absconding with the cash before a frame was in the can. His final scam was foiled on Jersey, where he conjured a bogus production company named Victory Photoplays and persuaded a local businessman named William Condliffe to disgorge £50 for the privilege of casting Mrs Condliffe as – unsurprisingly enough – “a fishing maid or something” in his new film.

Before her death in the autumn of 2004, there was one person who remained as a guide to the jungle of British silent cinema. In the last years of the 1920s, as production boomed, new studios rose on the edges of London, and the final generation of wordless movie stars went under the klieg lamps, Nerina Shute became the gossip columnist of the glossy fan mag Film Weekly. She was 19, bisexual, and a force of nature. Rebecca West said of her: “Miss Shute writes not so much badly as barbarously, as if she had never read anything but a magazine, never seen any picture but a moving one, never heard any music except in restaurants.” Her employers then ballyhooed her as “the girl with the barbarous touch” and took it on the chin when her columns obliged them to print an apology, or appear in the libel courts. The director Dinah Shurey sued when Nerina declared her career as evidence that women couldn’t make films. The actress Elissa Landi was appalled when Nerina suggested that she had spent an afternoon with her talking about “music, and almonds, and Elinor Glyn, and chocolate cakes, and sex”. When the director EA Dupont banned her from the set, Nerina sneaked back, disguised as a rabbi. “People were frightened of me,” she told me, as we looked over her cuttings books in her flat in Putney, “and I was glad about that.”

Elstree was Nerina’s principal haunt. She had the run of the place, thanks to the indulgence of Walter Mycroft, a hunchbacked movie executive who had been the film critic of the London Evening Standard, and knew that her rudeness delighted potential audience members as much as it annoyed his starrier employees. But she must, I think, have colluded with Mycroft in the suppression of a genuinely shocking story that began circulating around the studio in the summer of 1929. It involved one of Elstree’s biggest stars, Sydney Chaplin, Charles’s half-brother and one of the highest-paid comedians of his day. Chaplin had just finished shooting A Little Bit of Fluff, a sex comedy about the relationship between a feckless newlywed and a nightclub dancer. Nerina had interviewed him as he made the picture, and recorded his optimistic views on how talkies would transform the business of film comedy. She did not have the opportunity to discuss the follow-up. Pre-production on the follow-up, Mumming Birds, came to a sudden halt in July 1929 when a bit-player named Molly Wright accused Chaplin of what he later described as a “cannibalistic attack” – a violent sexual assault in which he was alleged to have bitten off one of her nipples. Chaplin hired a private detective to dig up dirt on Wright and her mother and made a precautionary retreat to a hotel in Belgium. “I have done everything in my power,” he told a friend, “to keep it out of the papers.”

Other stars were not so skilled in self-preservation. One of Nerina’s favourite actors, Donald Calthrop, the sly-eyed villain of Alfred Hitchcock’s Blackmail, never recovered from a tragic incident that occurred at Twickenham studios during the all-night shoot for an early talkie called Spanish Eyes. He had taken a chorus-girl named Nita Foy up to his dressing room for a brandy. Foy was in costume – laced into an elaborate crinoline that, as Calthrop fixed drinks, made contact with the element of his electric stove. Nothing could be done to save her from the flames, which, as well as taking her life, destroyed Calthrop’s marriage and his chances of staying sober. For Nerina Shute, the room in which Foy’s immolation occurred became a site of ghoulish pilgrimage – she used one of her Film Weekly columns to interrogate one of its subsequent occupants about how it felt to sit beside the stove that caused the accident.

By the time that Shute was filing her copy on what the News of the World dubbed “the Film Studio Horror”, the movie culture of Britain had undergone a subtle change. Reissuing something from the back catalogue of a scandal-struck star might not have been the canny commercial move that it had been when Lionel Belcher found himself implicated in a drug-related death. And perhaps the brazen confidence trickery of Sydney Northcote and BE Doxatt-Pratt was less easy to pursue within the more regulated world of the 1930s studio system. Cinemagoing was now a pastime of the respectable middle-classes. The Jeyes Fluid was put back on the shelf. But the more you learn about this rich and neglected era, the more you long to watch its pictures among an audience that is noisy, rowdy, gossipy – and freshly disinfected.