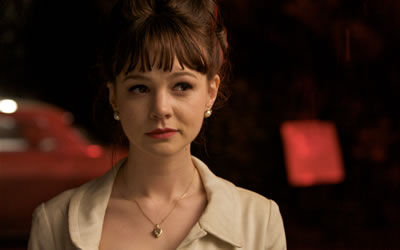 “An Education” stars young British acting sensation Carey Mulligan as an early ‘60s teenager caught between marrying an older man of Jewish descent (played pitch perfect by Peter Sarsgaard) and chasing a riskier life of creativity and independence. Cara Seymour and Alfred Molina are perfect as Jenny’s conservative parents, unsure of what to make of Jenny’s beatnik interests. Emma Thompson is foreboding as Jenny’s strict school headmistress. Olivia Williams is empathetic as Jenny’s teacher Miss Stubbs. Dominic Cooper is both cool and charismatic as Danny, David’s friend and unusual business partner. Rosamund Pike uses her good looks to great effect as Danny’s “hot” but less than gifted girlfriend Helen, content with her plush but vacuous life. Sony Classics will roll out this winner of The World Cinema Audience Award at Sundance 09 November 13th. This is the film that should have been awarded the World Grand Jury Prize had the judges been more astute.

A must see! Mulligan will be nominated for an Academy Award.