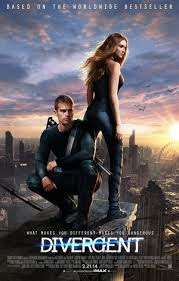 DIVERGENT is a based on the Hindu caste system. Is there anyone in this movie besides Theo James? He’s so sexy he makes Vampires and Tributes look like sissy-girls.

According to a National Geographic (NG) article titled, Untouchable (June 2003), “To be born a Hindu in India is to enter the caste system, one of the world’s longest surviving forms of social stratification. Embedded in Indian culture for the past 1,500 years, the caste system follows a basic precept:

All men are created unequal.

“There are four major ranks in Hindu society: the Brahmans—the priests and teachers; the Kshatriyas—the rulers and warriors; the Vaisyas—merchants and traders; and the Sudras—laborers and sometimes agriculturists.” (NG)

“A fifth group describes the people who are untouchable. Untouchables are outcasts—people considered too impure, too polluted, to rank as worthy beings.” (NG)

So how does DIVERGENT compare?

In DIVERGENT’s society there are 5 rankings, called “factions”. Just like Hindu society, you are born into one of the factions. Unlike the Hindu system, you have the opportunity to move just once into another faction. When you reach 16 years old, you take a test. You are told what faction you are best suited for. You can stay with your family in the faction you were born into or elect another one. You can never go back. If you fail in that faction’s specific way of life you are banished into the Hindu caste as an Untouchable.

Here is how NG summarized Untouchables: “Prejudice defines their lives, particularly in the rural areas, where nearly three-quarters of India’s people live. Untouchables are shunned, insulted, banned from temples and higher caste homes, made to eat and drink from separate utensils in public places, and, in extreme but not uncommon cases, are raped, burned, lynched, and gunned down.”

There is another faction called the “faction-less”. Like the Hindu Untouchables, these are the people who failed to complete their initiation into whatever faction they chose. Like the Untouchables they live in poverty, doing the work no one else wants to do. They are shunned. They live on the streets full of trash and sewage. They have the highest number of divergents.

Like the tribes I met in the 15 countries of Africa I visited, you cannot marry or have much to do socially with another faction.

Beatrice “Tess” Prior (Shailene Woodley) has grown up as an Abnegation. Her father, Andrew (Tony Goldwyn) is a high-ranking member of the Abnegation faction, which oversees the society. Beatrice’s ally is her mother Natalie (Ashley Judd). They are very sad when Beatrice leaves her faction and so does their son Caleb (Ansel Elgort), who chooses the elite Erudite, run by couture-wearing Jeanine (Kate Winslet).

Of all the factions, the worst is Dauntless – there are no old people in Dauntless. Do they all die in combat or deemed worthless when they cannot leap buildings or kill with their bare hands? Dauntless has only one older guy Max (Mekhi Phifer) who is in charge – I assume until he gets a cold.

Unlike Hindu society, if like Beatrice, your test results are inconclusive, you are marked as a “divergent”. You do not fit in anywhere and become an Untouchable. But at least your faction-less life is better than that of an Untouchable in India’s still active caste system which has endured over a thousand year.

Of course, the caste system in India was finally deemed illegal – in theory. What about the socially-aware Western world?

“I learned to change my accent; in England, your accent identifies you very strongly with a class, and I did not want to be held back.” Sting

“From my experience, there has been an invisible wall, which separates the classes.” Abdellatif Kechiche

In 2013, Palme d’Or-winning director Abdellatif Kechichediscussed his “pseudo-success,” saying his career only offers an “illusion” of upward social mobility in France. He told The Hollywood Reporter that in France he is “always and still considered as an Arab [first], a filmmaker second,” given his Tunisian ancestry. He was born in Tunisia and moved to France as a child. He also argued that his working-class background was being held against him.

Beatrice is tested by a woman, Tori (Maggie Q) who decides to fake her inconclusive results. Beatrice goes against her family’s faction and chooses Dauntless – the sexiest faction who fly in the air and wear the best clothes.

In Dauntless, now self-named Tess, is under the charge of training coach Four (Theo James), a harsh taskmaster. Four is tough but another trainer, Eric (Jai Courtney), also working with the group of new inductees is a sadist-maniac.

The Dauntless training is brutal and takes up the majority of the movie. Apparently, dying during training is accepted as culling the herd. If you fall below a certain ranking at the end of the training period you are banished to the faction-less life of misery and poverty.

Erudite Jeanine wants to take over control of their walled-up New Chicago from the Abnegation faction. Jeanine is doing this by weeding out and murdering all “divergents” who will never conform.

Four softens towards young Tess and their semi-romance begins. When he discovers Tess is a “divergent”, we have to wait until the next movie. No spoilers here.

Directed by Neil Burger and screenplay by Evan Daughtery and Vanessa Taylor, DIVERGENT is based on the YA novel by Veronica Roth. Roth’s YA novel will be followed by two more.

Theo James is the next huge movie star. He eclipses TWILIGHT’S vampires and werewolves and all those wimpy, tiny boys in THE HUNGER GAMES.

Director Burger is in love with James’s face. He is always shot with a certain tilt of his head that reminds me of early Paul Newman. All that fiery, suppressed sexuality is written all over his face. Unlike the other YA franchises, the character of Four is ruthless and all Spartan warrior. He’s DIVERGENT’S King Leonidas.

Unlike Kate Beckinsale (UNDERWORLD) or Milla Jovovich (RESIDENT EVIL), the new female action stars are not 90lbs and 5 feet tall. Can we really relate to these tiny women beating up men and carrying 50 lb. weapons?

So Woodley is perfect casting but why Four takes a liking to her while totally ignoring her pal Christina (Zoe Kravitz)? Maybe he’s a secret “divergent”?

DIVERGENT needs Gina Carano (HAYWIRE) as the lone woman in the Dauntless faction that has lived past 25.

“The accent of one’s birthplace persists in the mind and heart as much as in speech.” La Rouchefoucauld