Respected French director François Ozon (“Under the Sand”, “Swimming Pool”, “8 Women”, “In the House”) is back with a post-war romantic drama that leaves us reflecting on life and its disappointments. He co-wrote the script of “Frantz” in collaboration with Philippe Piazzo, based on the 1932 drama “Broken Lullaby” by Ernst Lubitsch.

The story, set in 1919, immediately after the end of the WWI, takes place in Quedlinburg, Germany, shifting into Paris for the final act.
Paula Beer, in a meteoric ascension, was deservedly awarded at Venice for her role as Anna, a beautiful young German woman whose pacifist fiancé was killed in battle. Pierre Niney is Adrian, a sensitive French violinist who travels to a wounded Germany to visit the grave and family of his close friend Frantz Hoffmeister, Anna’s fiancé. He not only becomes close to Frantz’s parents, bringing some light to their gloomy lives, but also casts a strange spell on Anna, who was feeling extremely depressed and lonely. The reality, however, is not what it seems, and the drama becomes more and more profound as the secrets are unveiled. 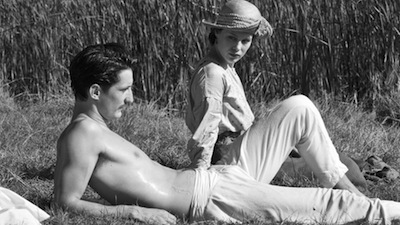 The plot is decent yet not totally surprising and the systematic slow pace can be an issue for some. However, the poetic and somewhat nostalgic tones grabbed me until the end.
The nationalistic roars from both sides have a negative effect on these tormented characters, making them uncomfortable. They just intend to forget everything, let the pain go, and live their lives with no more rancor or guilt.

“Frantz” was impeccably acted and beautifully photographed by Pascal Marti, most of the time in an attractive black-and-white. Its visual aesthetics, interior settings, and the WWI-related topic made me think of Haneke’s “White Ribbon”, which was more incisive and less lenient than the present.

As usual, Ozon was solid behind the camera in a classic (re)tale about remorse, forgiveness, and passion. Even with a couple of awkward moments, “Frantz” provides substantial cinematic pleasure.

ABOUT FILIPE FREITAS
Filipe Freitas is a New York-based Portuguese film critic and jazz music writer.
He’s the founder and lead critic of Always Good Movies film website, launched in 2010, and co-founder of JazzTrail , site that explores the vibrant NY Jazz Scene. He has a background in electrical engineering, which he quit in 2012 to follow his dreams.