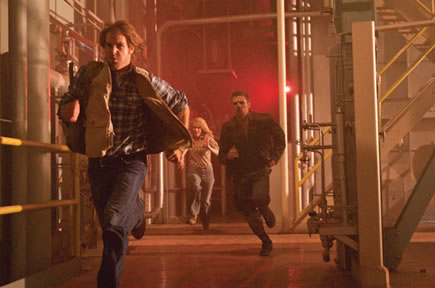 MacGruber is the funniest Saturday Night Live-based film since Wayne’s World. The film is a 1980s action parody of MacGyver and updated to please the fanboys of the 21st Century.

Will Forte plays the titular role and provides the big joke that MacGruber, rather than being the adapt action hero, is actually inept and spastic. Nearly every sketch has him and his crew blown up. In real life MacGruber has a lot in common with the real Times Square bomber! In the movie written by Forte and SNL writers John Solomon and Jorma Taccone (who also directed) portrays the character to be cowardly, petty, vain, homophobic, delusional, immature, and sociopathic. The movie’s nemesis is played by Val Kilmer and for comic effect is named Dieter Von Cunth so the characters can almost say “cunt” over and over again.  We now have a very funny, crude and rude watchable SNL sketch movie to kill an evening with-pretty cool!