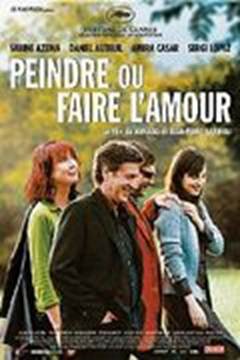 Not only the very rich, but the French, are different from you and me.

In 1926, F. Scott Fitzgerald published a story, “The Rich Boy”, that begins with the words, “Let me tell you about the very rich. They are different from you and me.”

On eurocinema on demand (http://www.eurocinema.com), I watched PEINDRE OU FAIRE L’AMOUR (TO PAINT OR MAKE LOVE) (2005), nominated for Palm D’or at the Cannes Film Festival.

It starts out with the blissfully married middle-aged couple, William (Daniel Auteuil) and Madeleine (Sabine Azéma). They are a highly romantic couple, in love and faithful to each other. They live a quiet, affluent life in Paris. Their daughter has moved to Rome where she is studying architecture at a prestigious school.

Madeleine is a painter and during one of her walks in the surrounding hills, she sets up her easel in front of an old house and meets Adam (Sergi Lopez), a man who is refined, well read, blind, and the town’s wealthy mayor. He shows Madeline around the house she is painting, which is for sale. After Madeleine brings William to see the house and they spend a lustful afternoon viewing the house, they decide to buy it. 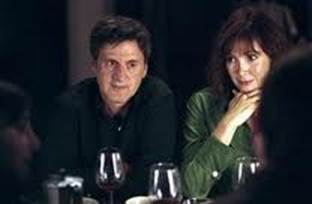 Adam is nothing to look at but he’s got a way with words. He’s a mayor and a poet. The French love wordsmiths. William is sporting a slight belly. These are real people. When Eva undresses for her portrait, she has a youthful, but not a model’s, body. Eva tells a surprised, slightly embarrassed Madeleine why she got naked for her portrait, “No one has seen me for a long time.”

I’m not going to spoil the twists this film makes, but will only say it is compelling and peculiar. You have to know the French to understand it. 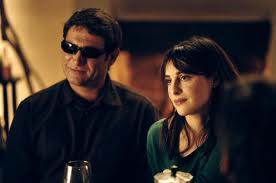 Eurocinema’s on demand international film festivals highlights a superb selection of contemporary movies from the international film festival circuit, including such recent nominees as LIMBO, nominated for best director at the Montreal Film Festival (Maria Sodahl); TRUTH ABOUT MEN and KINGS GAME directed by Nicolaj Arcel who also wrote the screenplay for THE GIRL WITH THE DRAGON TATTOO; LITTLE SOLDIER winner of two international film awards, including the Berlin Film Festival, and starring Trine Dyrholm of the Oscar winning Best Foreign Film  IN A BETTER WORLD. In all, there are 12 films – award-winning, critically-acclaimed and fan favorites. http://www.eurocinema.com

eurocinema’s on demand pick of the month is PURE, 2010, SWEDEN, OFFICIAL SELECTION VANCOUVER INTERNATIONAL FILM FESTIVAL 2011, STARRING ALICIA VIKANDER. Vikander made her big-screen acting debut in PURE, which won the Flash-Forward Award at the 2010 Pusan International Film Festival. For her role as Katarina, she was awarded ‘Best Actress’ at the 2011 Guldbagge Awards. Recently, Alicia had a lead role in Ella Lemhagen’s CROWN JEWELS (2011) and is now working with Mads Mikkelsen (I am a Mads fanatic!) in A ROYAL AFFAIR (Nikolaj Arcel, 2012). She will also star in Joe Wright’s upcoming production of ANNA KARENINA, with Keira Knightly and Jude Law.

They are remaking ANNA KARENINA?