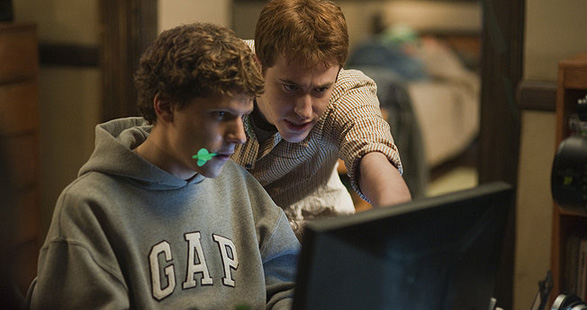 Facebook is still the “in thing” since its inception in 2004. In different generations, the “in thing” was having a car, a radio, a black and white television, colored television, a desktop computer, a laptop. Now they have become a neccesity…..what is the “in thing” now….. is it social networking? Yes it is and specifically – Facebook-ing.

In my case, Facebook, it’s that cyber world, where I met up with my highschool buddies half way around the world, in the Philippines. Then it became my way of finding out other people’s events in my community. Now, this is my way of promoting my own events and sharing my press coverages. I have been told that I live in Facebook. People tell me I am so busy because they always see me posting on Facebook. One funny comment, I usually get is “did you see my comment on Facebook?” Everybody now is a newswire, a press release, or the news of the day….It has actually become the archive of our lives, wherein people post their child’s christening to graduation in college, to sometimes: funerals…..it’s a cycle, it’s history in the making….and we are part of it and part of writting out ourown history – ONLINE…..it is has only been six years since Facebook has been open to the world.This technological wonder has brought the whole world into ONE wherein they can communicate with each other and also do business with each other. The world has certainly become OPEN, become ONE. Thanks to Facebook.

As per the writer Aaron Sorkin (A Few Good Men, The West Wing), “the themes of the movie are as old as storytelling itself: loyalty, friendship, power, money, envy, social status, jealousy.” This is all because a 19 year (Mark Zuckerberg) created Facebook from a Harvard dorm room. Mark was driven by his own genius, his disdain for rejection and his obssession in creating something new everytime. Remember, Mark has been coding softwares since he was in gradeschool. This is something he does. He creates. By the way, Facebook is valued at $25 Billion. Now who can say that at the age of 26…..a Billionaire at 26. Some people sing of wanting to be a Billionaire, Mark can actually sing about it and live that fact that he is….

The film is narrated three ways ala Rashomon (seeing three different perspectives) but the three versions are up to us to decide which one we believe in. The filmmakers do not take sides. They just narrate what happened in the eyes of difference groups, Mark Zuckerberg, Eduardo Savarin (co-founder who funded Mark’s project in the beginning) and the Winklevoss twins (who claims that Mark stole their idea). Eduardo and the Winklevoss twins eventually sue Mark and we see the different depositions. The filmmakers do not portray anyone as the hero or the villain. They just portray all of them – show each other’s persepectives as to who did what.

In the beginning The Facebook as it was called then in December 2005 was Ivy League exclusive starting in Harvard, then moving to Ivy Leagues schools then to Silicon Valley, then literally around the world. It is proud to have 500 million users ( as opposed to myspace’s 100 million). If Facebook were a country itself, it will be 1.5 more populated then the US, and would be the third largest country in the whole world.

In this film, it is interesting to watch how a socially awkward 19 year could create a way that all human kind now would socially interconnect. Jesse Eisenberg captures an intriguing introspective Mark Zuckerberg. Jesse nails it and should be nominated for the Oscars. The film’s pacing is incredibly fast and exciting. Facebook unfolds infront of you. You see beautiful bunch of former child actors, including Justin Timberlake ( who plays cocky mentoring ) Sean Parker ( founder of Napster ), (Disney star) Brenda Song, who plays Eduardo’s (super, I mean super sexy feisty) girlfriend. Of course, as you know Jesse Eisenberg has been acting since he was a child, as well as Andrew Gabriel, who will be next year’s new Spider Man. This ensemble actors caught on the excitement of the discovery of Facebook, their rift and contradictions were evident of being young and optimistic. You see them commit mistakes, and you forgive them because they are 19, you say to yourself, yes I was like that at 19. But of course not everybody becomes a Billionaire after creating a project. I am jealous, but encouraged….

David Fincher, Director of this film, says “I think it’s ironic that a guy who seems to have issues with being able to communicate with other people has invented one of the greatest tools for communicating with people.”

For me, watching “The Social Network” has encouraged me more to use and be an avid fan of Facebook. It has changed my life for the better. I can now communicate better, not only to my local NYC community, but thanks to Mark Zuckerberg, I can communicate right NOW with the world.

Note: I am confident, the director, writer and all the ensemble cast will be nominated for the Academy Awards, SAG Awards and BAFTA. (Justin Timberlake will bring the sexy back to awards night next year.) Mark Z my word.

http://www.vimeo.com/15269712 Do You have facebook? Sorkin, Eisenberg, Fincher, Garfield and Justin Timberlake were asked at the The Social Network Press Conference