Who knew there was a special K-11 inmate division for LGBT criminals to run the dormitory, take drugs, dress up and have sex with the guards? 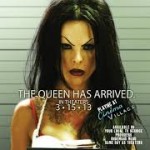 What is not to love here? It’s about she-men in jail ruled over by Mousey, played to the hilt by the insanely charismatic Mexican superstar Kate del Castillo.

Raymond Saxx Jr. (Goran Visnjic) is a powerful Hollywood record producer who is arrested after a drug-infested party leaves his rock star client dead. After a blackout – he might have murdered his client – he is sent to K-11, the wing of L.A. County Jail reserved for gay and transgendered prisoners. Why? Well, it seems the Sheriff’s Deputy, Lt. Johnson (D.B. Sweeney), wants him there even though he’s not dressed as a girl or proclaims himself gay. 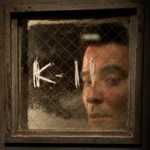 When Saxx finally stops vomiting and detoxes, he is faced with the hierarchical structure of the K-11 unit. Returning to K-11 is the Queen Bee, Mousey (del Castillo). This little spit-fire is all angry seductress, demanding her stuff: makeup, stripper heels and tiny mini-skirt. Mousey has returned to her lair and she catwalks through the aisles demanding heads will roll and punishments meted out.

Mousey is all attitude. 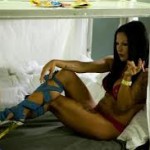 The unit is home to, among others, Butterfly (Portia Doubleday), a young transgender with problems, Detroit (Tommy ‘Tiny’ Lister) a child molester, Sledgehammer (Cameron B. Stewart), and Ben Shapiro (Jason Mewes), the Deputy Sheriff’s right-hand man and drug distributor.

While Visnjic plays it straight (perhaps he thought he was working on a HOSTEL franchise) and del Castillo chews the scenery (not only don’t you mind, you want a feature film on Mousey), the fault of K-11 falls on Sweeney who plays 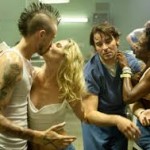 Johnson as a Christopher Walken parody on Vincent Price in HOUSE OF WAX with a Hitler hairdo and mustache. Was that necessary? Or, do we place the blame on K-11’s director, Jules Stewart (pictured), who may have kept ramping up the crazy in take after take. Let’s see the evil in action, not in hair and makeup. Sweeney’s over-emphasis on corny sadism swings the pendulum to comedy. All that is missing is Clint Eastwood’s growl and Tommy Lee Jones’ snarl. 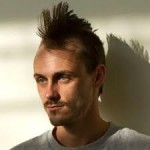 I did learn quite a lot about K-11 and had to watch the film again since the review copy I got from Breaking Glass Pictures had a commentary by Stewart and producer Tom Wright. I’m fascinated by Jules Stewart. I don’t mind Stewart putting her son (Cameron Stewart) in a role, since he’s good and apparently well-suited to play Sledgehammer, but it was completely unnecessary for Stewart to have her daughter Kristen Stewart say a few lines of dialogue over the phone. Why couldn’t Jules get her daughter to play one of the transgender inmates? 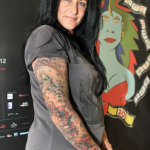 After all, even though Kristen Stewart’s parents both worked behind the camera, her acting career began at the age of eight, after an agent saw her perform in her elementary school’s Christmas play. How convenient or did her parents arrange for a ticket to the play? After a year of auditioning, Stewart’s first role was a small nonspeaking part. Who took her to all the auditions for a year? Who did the driving and the parking? Who paid for the head shots? Who worked tirelessly hard for Kristen to become an actress? Who chaperoned her on film sets?

This begs the question: Does Kristen Stewart owe her mother anything?

Kristen’s Stewart’s mother speaks: “Jules Stewart Is Not Jealous Of Kristen. Currently, Jules is promoting her new film K-11, which she directed. However, in an interview with the LA Times, she sounded as if she might be jealous of her daughter. “It’s extremely frustrating for me, because she’s 22 years old and I’m almost 60,” Jules said in the interview. “In terms of life experience — hello! — I have it all over her. It’s not like I came out of nowhere.” In fact, Jules has been working in the movie business for 40 years, many of them as a script supervisor. http://hollywoodlife.com/2013/03/19/kristen-stewart-mom-fight-jules/