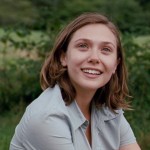 Martha (Elizabeth Olsen) is an aimless lost soul brought to a seemingly idyllic, self-sustainable farming “commune” in upstate New York by someone she has just met. The many young people living and working on the large farm have great reverence for their father-substitute leader, Patrick (John Hawkes). 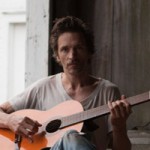 Like Charles Manson, Patrick plays guitar and is a master at seducing young girls with his psycho-babble New Age aphorisms. Patrick’s philosophy of an egoless life means no personal possessions. Death is just life in another form – that kind of thing. Its free love without any judgments but with lots of patriarchal
rules.

After a period of easement and indoctrination, each new female recruit is given the
special honor of spending the night with Patrick. Apparently and graphically, it is not a pleasant initiation. 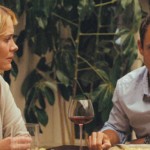 What kind of special honor with Patrick do the young men get?

After years on the farm, Martha, anointed by Patrick as “Marcy May”, escapes and calls her estranged sister Lucy (Sarah Paulson). They have a troubled history with Lucy guilty that she abandoned Martha when their mother died. Lucy went off to college and now is newly married to a wealthy architect Ted (Hugh Dancy). 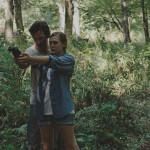 Not having heard from Martha in years, Lucy picks up her hysterical sister and they go to the couple’s glamorous summer rental on a lake in Connecticut. Martha is traumatized by something. Her behavior is odd. She has no social graces.

While Lucy is racked with guilt, Ted is more shocked and quickly loses patience with Martha. She mocks their lifestyle. She’s lazy and doesn’t respect their privacy. 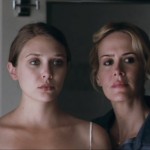 Martha cannot communicate what has happened to her. All Lucy is told is that she had a boyfriend and she left him.

Memories of her life on the farm filter through flashbacks. When Martha’s acceptance into the group is finalized, another young girl becomes Patrick’s favorite, guided now by Martha.

How creepy is the cult? All the children born on the farm are boys. Patrick only makes boys.

A friend of mine began living with a California woman in her 30’s who had
recently returned from spending a decade in a Paraguayan cult. She admitted she
had to have sex with the cult leader but it was unpleasant due to his appearance. Back in the U.S., but still under the leader’s influence, she preferred living in a tool shed, had few belongings and would only wear used clothes. I offered to deprogram her by taking her shopping.

What is it like returning to ordinary life after living in a cult?

What if you participated in horrific things? Writer-director Sean Durkin delivers a taut psychological thriller that creeps up on us. As we see the truth of Martha’s cult life, we start to get scared for Lucy and Ted. Is the Martha the Lucy knows still in there or has Marcy May replaced her?

Hawkes, unlike real cult leaders, plays Patrick as a charismatic character. His seduction is his belief that the girls, especially Marcy May, were chosen because they are strong leaders. 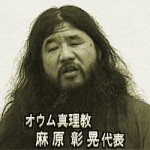 What I really admire about the film is Durkin’s direction of Olsen. Martha shows glimmers of her past self. She does not always express the blissed-out look and giddy speech usually adopted by cult members.*

For the past year I have been reading raves about Elizabeth Olsen’s performance. An exaggeration or the true emergence of a fearless young actress? Olsen inhabits the role with abandonment. I hope she chooses her future film roles as courageously. Olsen deserves all the praise she is getting and so does Durkin.

Durkin pays attention to small details. The miminalist lake house is stark and uninviting, while the farm has a rustic appeal filled with young people engaged in each other. And Patrick doesn’t have the judgmental fury of Ted – who expects Martha to get a job and plan a career.

Martha wants to know why should she? 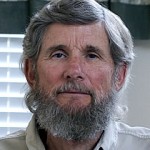 MARTHA MARCY MAY MARLENE reminds me of the Strong City sect in New Mexico run by Michael Travesser (born Wayne Bent in 1941), who says he is the Messiah. In “Inside a Cult,” shown on the National Geographic Channel, Travesser said that it was God’s will he sleep with other men’s wives, including his own daughter-in-law, and that assorted young women and under-age girls lie nude with him.

Travesser’s community, The Lord Our Righteousness Church, had approximately fifty people in 2008. In the documentary, Travesser said that although he lay “naked with virgins”, when the virgins asked him for sex, he refused. Travesser was arrested and a jury trial convicted him on several counts in 2008. He was given a sentence of 18 years but on June 28, 2011, The NM Court of Appeals overturned all convictions against him. The NM Attorney General is appealing this recent decision, while Travesser continues to reside in prison.

The young girls interviewed for the documentary spoke the same language as Patrick’s girls.

Victoria’s weekly column, “The Devil’s Hammer,” is posted every Monday.http://www.fromthebalcony.com/editorials.php.