A sweet fairy tale about a tepid, chaste week. There is no ugly side, just an unloved little baby-woman pampered by well-paid sycophants.

“…But one felt a terrible unreality about her – as if talking to someone under water.”*

What’s next? “My Lunch with Elvis”? “My phone call from Michael”? Oh, wait! That’s already been done.

Colin Clark (Eddie Redmayne) is an aristocrat who desperately wants to be in the film business. He leaves his parochial family estate and gets a job as an unpaid assistant on Sir Laurence Olivier’s (Kenneth Branagh) film, THE PRINCE AND THE SHOWGIRL, directed by him and co-starring international sex goddess, Marilyn Monroe (Michele Williams). 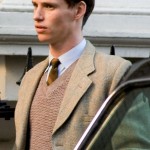 MY WEEK WITH MARILYN is based on Clark’s memoirs, The Prince, The Showgirl, and Me. Clark was not the only on-set eyewitness to write about what happened on the film. Cinematographer Jack Cardiff, played here by Karl Moffatt, also wrote about the making of the film in his memoir.

Cardiff’s account is widely recalled as defining the relationship between Olivier and Marilyn this way: “She never forgave him for saying to her once, ‘Try and be sexy’.” ** 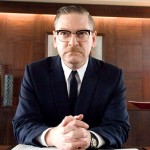 Marilyn’s behavior on film sets and her personal life were already well-known by the time she, at age 30, arrived in London to begin THE PRINCE AND THE SHOWGIRL. Marilyn was accompanied by an entourage that included Milton Greene (Dominic Cooper), who owned, as he gleefully said, 49% of Marilyn Monroe Productions, Paula Strasberg (Zoe Wanamaker), Marilyn’s insufferable wet-nurse and coach, and her husband, playwright Arthur Miller (Dougray Scott).

With Marilyn making the entire cast and crew wait for her to arrive on the set, her repeated failure to remember her lines, refusal to take direction from Olivier, and her obsessive reliance on “acting coach” Strasberg, Marilyn’s behavior was unforgiveable. Marilyn’s insistence of being treated like a “child” would have made anyone a venomous, vulgarities-spewing demon. 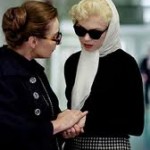 Immediately, we see how Marilyn demands and expects people to treat her: Strasberg loudly worships her on bended knees and proclaims her the greatest living actress on Earth; co-star Dame Sybil Thorndike (Judi Dench), woos her with seductive praise and honor. Being hailed as the world’s greatest living actor and knighted – for God’s sake – Olivier is beside himself with rage.

Marilyn, quickly realizing that Olivier will not fall madly in love with her, takes an instant liking to his “third assistant director” Clark. He becomes her confidante. Thus begins his tepid, chaste week with Marilyn. 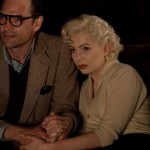 MY WEEK WITH MARILYN is a love letter to an icon. Unfortunately, some facts about Marilyn had to be addressed, however gently. Troubled, drugged, and psychologically comatose, Marilyn – in my opinion – retreated into infantilism, enabled by the people around her. 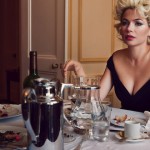 Williams conquered every nuisance of the public Marilyn Monroe. While she is breathtaking in her performance, the script is empty. The audience would have been furious if shown the ugly side of Marilyn. Yet, Williams must carefully straddle that side of Marilyn as well since it is so well known. How do you make such a person likable? Williams, using her wide-eyed innocence as a tool, conveys the film’s central theme – Marilyn was too troubled to be manipulative. 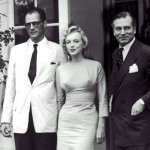 Williams succeeds admirably and so does Branagh and Dench, but Redmayne cannot surmount the incongruities of his character. An aristocrat, Eton-educated and highly motivated to work in films, Clark appears here as just having fallen off the turnip truck. Branagh has the voice of reason and chafes with anger at the irresponsibility of Marilyn.

A career high for Williams but a lukewarm film.

*Arthur Schlesinger set forth in his diaries his recollection on meeting Marilyn Monroe for the first time. As he writes on August 6, 1962, the news has been brought to him
that Norma Jean Baker has died from an overdose of barbiturates.

“I must confess that the report yesterday of Marilyn Monroe’s death quite shocked
and saddened (but did not surprise) me. I will never forget meeting her at the
Arthur Krim party following the JFK birthday rally at Madison Square Garden in
May. I cannot recall whether I wrote anything down at the time, but the image
of this exquisite, beguiling and desperate girl will always stay with me. I do
not think I have seen anyone so beautiful; I was enchanted by her manner and
her wit, at once so masked, so ingenuous and so penetrating. But one felt a
terrible unreality about her – as if talking to someone under water.”

**Famed cinematographer, Jack Cardiff, whom Monroe personally asked to photograph and light her for the film, wrote in his memoir, “Conversations with Jack Cardiff”, by Justin Bowyer, “Marilyn had this ghastly obsession with method acting and was always searching for some inner meaning with everything, but Larry would only explain the simple facts of the scene. I think she resented him”.

“From the first, it was evident that Marilyn was going to be a problem for Larry on the film”, said Cardiff. “Most actors will come on the set and chat, but she would never come on the set. She went through so many agonized times with Larry because he was, to her, a pain in the arse. She never forgave him for saying to her once, ‘Try and be sexy’.

Cardiff adds: “I saw Larry years later on The Last Days of Pompeii, which was made for television in 1984. We talked a lot on set and I asked him one day what he had thought about Marilyn and he just said, ‘She was a bitch.’”