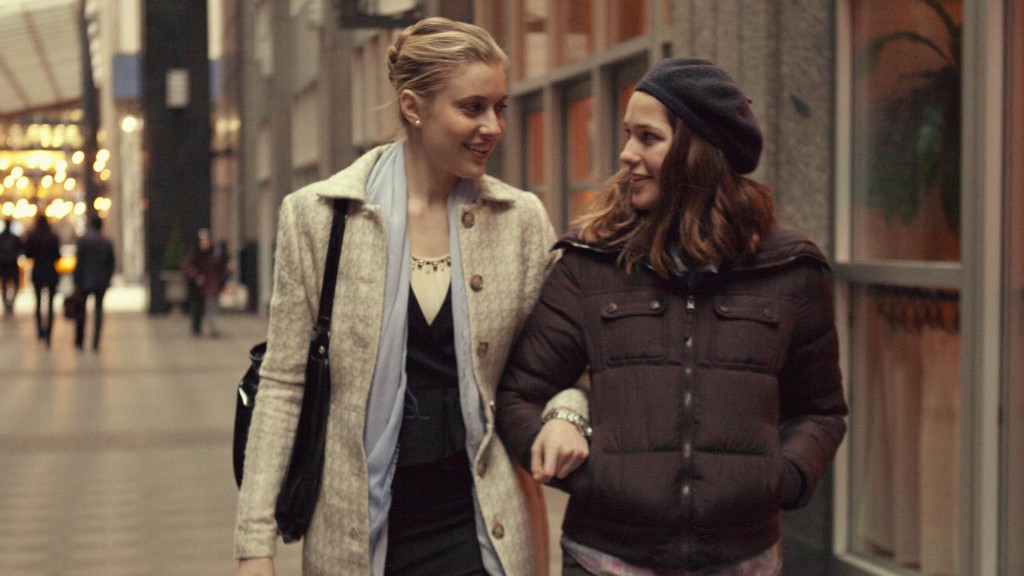 Greta Gerwig is one of the most underrated talents working in movies today. Not only has she given one great performance after another, but she’s also consistently taking on roles that define Generation Y. She acted as the co-writer and star of “Frances Ha,” playing a woman with high ambitions that are often shattered by the cruelty of reality. She reunites with director/co-writer Noah Baumbach in “Mistress American” to play Brooke, a character that’s very different from Frances Halladay. In many respects, though, the two ladies actually have a lot in common.

Frances Halladay basically danced through life with a clear goal, but little direction. Brooke, meanwhile, seems to have her whole life figured out. She’s a social butterfly who always has a fascinating new story to share and a new creative project in mind. Behind that confident facade, however, Brooke is being evicted, has no money, and can never see an endeavor through. Both Frances and Brooke demonstrate what it’s like to be a young person trying to make it in New York, but constantly hitting roadblocks. Whether those roadblocks are caused by a lack of funds, a lack of guidance, a lack of perspiration, or a lack of practicality, we can all identify with such disappointment.

The movie belongs just as much to Lola Kirke as it does to Gerwig. She plays Tracy, a college freshman and aspiring writer that will become Brooke’s stepsister once their parents marry. The two hit it off upon meeting, sharing an instantaneous sisterly connection. Being chattier than one of the Gilmore Girls, Brooke sometimes doesn’t let Tracy get a word in edgewise. Even when Tracy is allowed an opening to talk, it’s unclear if the preoccupied Brooke is listening to her. Nevertheless, Tracy is still drawn to what a cool and outgoing socialite her future stepsister is. Brooke, meanwhile, delights in taking a protégé under her wing, although she’s the one who could use a life coach.

Both Gerwig and Kirke play off each other to perfection, making their relationship feel 100% genuine. The two especially shine in the film’s second half when they take a road trip to pitch a restaurant idea to a potential investor. The entire segment plays out like a great stage production, additionally working in some highly funny performances from Matthew Shear as Tracy’s crush, Jasmine Cephas Jones as his jealous girlfriend, Heather Lind as Brooke’s estranged friend, Michael Chernus as her sleazy husband, and Cindy Cheung as a pregnant woman caught in the middle. Truths are revealed, dreams are shattered, and everybody walks away looking at each other in a new light.

As strong as “Frances Ha” was, “Mistress America” is an even better collaboration between Baumbach and Gerwig. Particularly in this film, the two seem to be channeling Woody Allen with witty dialog and New York acting as a real character. Their work speaks more to a Millennial audience, however. “Mistress America” shares numerous valuable insights regarding a generation struggling to grow up and find their place in the world. It presents these themes through laughs, charms, and brutal honesty.