Jim Carrey walks off with the movie and he knows it.

My bona fides: I live in Las Vegas, formerly the domain of Siegfried and Roy, now the 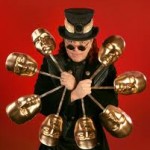 Cirque du Soliel fiefdom. My husband and I are friends with many mentalists, illusionists, and magicians: Alchemist and master magician Jeff McBride (founder of McBride Magic & Mystery School – for beginners and professional magicians http://www.vegaswonderground.com/), mentalist Alain Nu, and the renowned Amazing Kreskin (my husband is mentioned in Kreskin’s latest book, Conversations with Kreskin). I’ve seen all the magicians who have worked on The Strip. 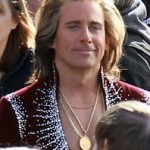 Burt Wonderstone (Steve Carell) and Anton Marvelton (Steve Buscemi – the suave lover and killer Nucky Thompson of HBO’s “Broadwalk Empire”) are at the pinnacle of success after ruling at Ballys for over 10 years. Without tigers or lions, their Liberace-inspired show hasn’t changed since 1980. Its Vegas, baby and Burt is still showing chest hair! In heels, high AquaNet hair, and costumes that light up, they have one big show-stopper – The Hangman. It’s a corny and thread-bare show. 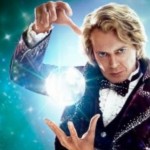 At this point Burt is going through the motions nightly. Since they have been together since they were 10 years old, they are now bickering like an old, unhappily married couple. Burt has become an arch A-hole with an extravagant lifestyle. He’s only interested in allowing adoring fans to have sex with him. Just like a world-famous soccer superstar is rumored to employ in such circumstances, Burt has his fans sign a confidentiality agreement. He has become a nasty prima donna.

I’ve seen Siegfried and Roy’s show several times. On October 3, 2003, during a show at The Mirage, R 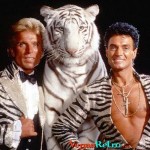 oy Horn was bitten on the neck by a seven-year-old male tiger named Montecore. Montecore had been trained by Roy since he was a cub and had performed with the act for six years. Field Entertainment, the company that produced the show, acknowledged that there is a video of the attack. I am making a list of videos we will never see: The first one is the backstage video of what happened to Roy. The second, well, perhaps it’s shown at certain Washington, D.C. parties. If you can add to my in-progress list, please contact me at masauu@aol.com.

There is a new breed of magician howling on The Strip. Steve Gray (Jim Carrey) is a street magician in the mold of David Blaine, doing tortuous stunts that reminded me of the Jansenist convulsionaries of 18th century Paris.* (See Below) 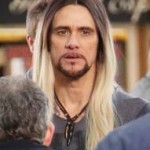 As Gray begins to gather momentum and a rabid following, the owner of Bally’s, Doug Munny (James Gandolfini), bluntly tells Burt and Anton that their ticket sales are crashing and to do something about it. After a disastrous stunt goes horribly wrong, Burt and Anton are fired and they break up. We find out that Burt has no savings due to a lavish lifestyle. We don’t know a thing about Anton’s private life. Did he save any money? Has he retired from show business? Is he writing a tell-all memoir? 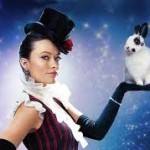 After wallowing in misery in a motel room without room service, Burt finds inspiration from cranky, old magician Rance Holloway (Alan Arkin). Helped by a former stage assistant Jane (Olivia Wilde), that he constantly insulted and made a one-night-only pass at, he agrees to perform at Munny’s son’s birthday party. Instead of being the sole performer, it is really an audition for a 5-year contract at Munny’s new casino. And Steve Gray is there to challenge Burt.

Burt is so unappealing that it is hard to accept his Hollywood transformation to a kind, 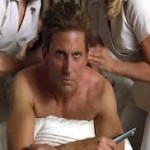 “emotionally present” (I hate this term!) man. Carell has a tough oar to row. And he wears too much pancake makeup on and off the stage. As I said, Anton stands around supporting Burt. Buscemi is always appealing in his tried-and-true emasculating role. He has the facial expressions down pat as the second banana. And this is why his casting as Nucky is so peculiar. I guess the creators did not want the star of the series to be someone women would fantasize about. See Cinemax’s Banshee starring Anthony Starr as the newest pay cable sex-symbol. 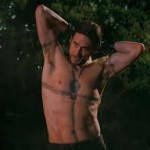 Jim Carrey is given just enough to make you want more of Steve Gray. And his Steve Gray does not waver from who he is. You can accept him because he is upfront about his egotism; whereas, how can Burt change after spending 10 years as a flagrant misogynist?

I loved Steve Gray’s last stunt – an attempt at trepanation – a practice I find fascinating. 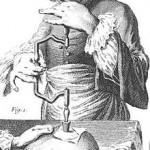 I wonder if the two screenwriters, Jonathan Goldstein and John Francis Daley, and the four others listed on IMDb.com for story credit, were referencing trepanation since, as Steve Gray implies, modern day advocates have practiced non-emergency trepanation for psychic purposes.

THE INCREDIBLE BURT WONDERSTONE has the absolute best ending that makes you love the movie when leaving the theater.

*Jansenist Convulsionaries of 18th century Paris were a group of people who gathered around the grave of saintly François de Pâris and started going into convulsions and glossolalia in which they would become cured of various diseases and ailments and often demanded to be tortured, which torture they had a superhuman ability to withstand.

For Jansenists, the miracles exhibited by the convulsionaires represented God’s grace manifested in human history.  One of the most famous convulsionnaires was Mlle. Gabrielle Moler. She became a convulsionnaire at about twelve years old. She was recognized as leading a particularly ascetic life. Gabrielle was able to endure feats of great physical suffering without any sign of harm. Her four assistants would pound rods into the pit of her belly. They pushed rods through her throat and attempted to pound shovels into her breast.

Finally, the authorities closed the cemetery where the convulsionnaires gathered and the movement was driven underground. These doings were reportedly observed by hundreds of witnesses who rented chairs to be closer to the action.

Cases of similar feats abound today in religious communities. Modern-day scientists call these abilities “The Deliberately Caused Bodily Damage” (DCBD) phenomena, whereby individuals cause serious wounds to their without feeling pain, loss of blood or infection. In these feats, wound-healing is usually rapid. The most recognized and studied group is a Sufi school known as Tariqa Casnazaniyyah.