Homoerotic obsession with a very dangerous man. Hoffman plays a seductive, likeable Master. I remember the Lifespring terror tactics in the 80s.

The criticism identifies Lancaster “The Master” Dodd (Philip Seymour Hoffman) as a con man in writer-director Paul Thomas Anderson brilliant film. The trailer’s crucial line “Don’t you know he’s making it all up as he goes along?” highlights this evaluation.

Yes, it is clearly modeled after L. Ron Hubbard’s Church of Scientology but it is the story of its beginnings, not the feared, punishment-prone organization written about today. Dodd is not a charlatan but a highly intelligent man who has developed a system he calls “The Cause”.

Everyone I know has been “regressed” with the aid of a light hypnosis-like meditation to remember past lives. I know several practitioners that find dozens of demons and aliens possessing people. It’s a new form of 2-hour therapy. 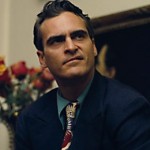 Freddie Quell (Joaquin Phoenix) is a feral man and a recently discharged World War II Navy veteran. His life is shapeless and he telegraphs his traumatized psychological state in the way he walks, talks and carries himself. Hunched over, he looks like an emotional scavenger observing while trying to hide. He cloaks himself in clothes too big for his tensed-up body. He holds his face in a twisted way evocating a simmering violent temper. One evening he drunkenly walks on to a party aboard yacht docked in the San Francisco Bay. He passes out.

The yacht is owned by the well-known writer Lancaster Dodd, who has developed a new human potential movement, called “The Cause.” Is “The Cause” any different from many other self-help groups like The Fourth Way (the fundamental principles of G. I. Gurdjieff’s (1872–1949) teaching?)*

Being a New Yorker I was exposed to many different disciplines such as Silva Mind Control, Subud, Sufism (I joined Sufism under Pir Valayat Khan’s direct guidance) and a brief visit to New York’s Scientology headquarters. One of the members of my psychic development group was a high-level member (her father was world-famous) and encouraged me to check out Scientology. When I refused to give up my belief in Jesus, I left without signing up.

Omitting Scientology, none of the above groups are considered cults. 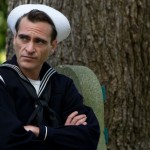 Dodd takes to Quell immediately, seeing in him a prize raw subject. He’s a caged-up restless tiger and becomes Dodd’s experimental trophy. Dodd takes pleasure in bringing Quell to his breaking point. Dodd wrestles, cajoles, and breaks through male-to-male boundaries with Quell. Dodd psychologically seduces him and is seduced by Quell’s ferocious sense of freedom. He also likes Quell’s moonshine. 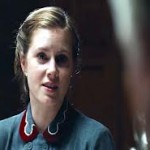 Dodd’s pregnant second wife Peggy (Amy Adams) is suspicious of Quell but is threatened by anyone in their small group of followers who tries to get too close to “The Master” of Ceremonies. And there are two scenes that inform their relationship: Dodd is a show-off, singing and entertaining his group until only the women, even Peggy, are naked. Dodd’s sexual appetite is uniquely controlled by Peggy in another scene.

Peggy is portrayed as being not only Dodd’s staunchest follower but an integral force framing “The Cause.” Peggy is the standard bearer, champion, and keeper of the flame. Amy Adams envelopes the role.

“You don’t get rich writing science fiction. If you want to get rich, you start a religion.” L. Ron Hubbard*** 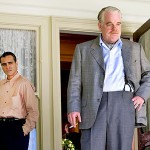 And while Dodd has secured (like many self-styled gurus) a wealthy patron, Helen Sullivan (Laura Dern), he is not portrayed as a man who is solely out to make a lot of money or start a world-wide cult. As portrayed by the very skilled Philip Seymour Hoffman, Dodd is a mesmerizing, charismatic character. Dodd is likeable.

Eldest son Val Dodd (Jesse Plemons) – frustrated member of  Dodd’s entourage and spokesman for the audience – sizes up his father’s teachings to Quell: “Don’t you know he’s making it all up as he goes along?”*** 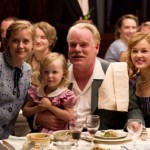 THE MASTER is the first great, intoxicating movie of 2012. Joaquin Phoenix is fantastic and never loses the unsympathetic character of Quell.

According to any book on screenwriting, “One of the most basic principles in screenwriting is character arc – the notion that characters must evolve, grow, learn, or change as the plot unfolds. The audience in general expects a character to finish the movie in a higher position than that in which he started.” http://www.elementsofcinema.com/screenwriting/character-arc.html 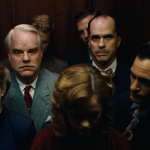 In THERE WILL BE BLOOD Daniel Plainview does not “arc”. Neither does Freddie Quell. In fact, at the end of the film, Quell goes back to his childhood town to see a girl. The conversation he has with a girl’s mother is frightening in its intensity. He hasn’t changed at all.

As a director, Anderson’s films have an aura of decay and a sense of inevitable doom. Not only does Anderson refuse to redeem his characters. No one changes. I noticed that the fight scenes did not look choreographed. There was no editing. There is no doubt in my mind that Phoenix really hit and was hit.****

The acting is dynamic. While Anderson uses strong, highly accomplished actors, it is his intense directing that enhances their memorable performances in his films. They are all in top form. Even Amy Adams, post-THE FIGHTER, with THE MASTER has shown her Charlize Theron-like leap to authentic acting. 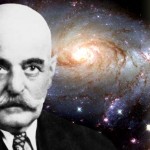 seminal, esoteric teaching of self-transformation to contemporary life. Gurdjieff Legacy grounds itself in the exploration into the nature and expression of self that leads to the fullest extension of its experiencing. Through group meetings, exercises, Days of Exploration, guided meditation and Conscious Body-Breath Impressions, students learn how to use ordinary life—its joys, uncertainties and sufferings—to come to real life. In October 1935 he formed an all-women’s group known as “the Rope” and worked with them until September 1939, the beginning of the Second World War. The group was composed of seven women.

Like Dodd’s initial group of followers, Gurdjieff’s first European institute, Institute for the Harmonious Development of Man, was established in France on September 30, 1922. Six days a week the students would rise before six a.m., stopping their work in the kitchen, gardens and forest for brief meals and gathering at 8:30 in the evenings for gymnastics or dances. These tasks were almost always group activities. Different personalities, working together, produced subjective, human conflicts; human conflicts produced friction; friction revealed characteristics which, if observed, could reveal “self.” In January 1924 Gurdjieff and a troupe of dancers made a triumphant visit America to introduce the teaching. http://www.gurdjieff-legacy.org/70links/gurdjieff_intro.htm

**Response to a question from the audience during a meeting of the Eastern Science Fiction Association on (7 November 1948), as quoted in a 1994 affidavit by Sam Moskowitz. There are many similar or identical variants to this statement. http://en.wikiquote.org/wiki/L._Ron_Hubbard

***Is this year’s “I…drink…your…milk shake. “I drink it up!” Paul Thomas Anderson’s THERE WILL BE BLOOD.

****In BRIDGET JONES DIARY there is a fight scene between the characters played by Hugh Grant and Colin Firth. Grant explained in an interview:

What about that all natural looking fight scene in the movie?

HG: I’ve been trying to do something like that for years. You know, when the script says ‘they fight,’ to ban the stunt coordinator from the set. Because they always try to make it look so Hollywood. You know, we fight the way two middle class educated Englishmen would fight. Which I’ve always maintained would be sort of girlie and cowardly, you know? With squealing!