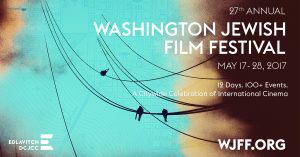 Founded in 1990, the Washington Jewish Film Festival prepares to run its 27th iteration this year, beginning on May 17 and running through May 28. A project of the Edlavitch DCJCC, the festival brings a variety of different kinds of films to our nation’s capital, from features to shorts, documentaries to fiction films, all with some kind of Jewish content. Spread out across the DC area in venues in Silver Spring, Bethesda, and the heart of the city, itself (see website for details on screenings), the festival offers cinematic delights, galore. Want to know more? Read on, as I had a chance to chat with Festival Director Ilya Tovbis recently. What follows is a transcript of that conversation, edited for clarity and brevity.

Film Festival Today: So, I assume that the festival has grown and evolved over the years. I know you came on in 2012. From your perspective, how has the festival changed since its inception?

Ilya Tovbis: We’ve definitely grown, according to traditional metrics, if you’re looking at audience numbers, numbers of films and numbers of submissions. All that has grown quite a bit, even in just the last 5 years that I have been here, and certainly before. 5 years ago, we were just about a third of the size we are now, where we have 15,000 people attending. Then, we were just a little over 5,000. So, that’s been tremendous.

If you mean on a more artistic level, when the film festival was formed, in 1990, it was not the first, but one of the first Jewish film festivals anywhere. Certainly, there are many more such festivals today: there are over a hundred in the United States, alone, and many more internationally. And I think originally, when this festival and the San Francisco Jewish Film Festival – which is the oldest and largest – were formed, it was in part because independent filmmakers who were making films about the Jewish experience had pretty much no regular place to show their work. If you were in the mainstream enough, then you were fine, but if you were making truly independent films, it was seen as smaller, more ethnic fare, for a smaller audience, and so that’s behind the “why” of how this film festival started. Now, that’s clearly no longer the case. If you look at the some of the biggest films in our lineup, they come from Tribeca, Sundance, Toronto and other major film festivals, so I think the artistic calling has changed a little bit to be more a reflection of how Jewish identity on screen is relevant today, and deepen our understanding of it.

FFT: Is there anything you are looking for when you program your festival, beyond the Jewish content of the films? And do the filmmakers, themselves, have to be Jewish?

IT: So, it’s certainly not about the filmmaker, at all. I’d say the majority of the filmmakers are not Jewish. It’s not even something we keep track of. It’s really all about the filmmaking, and very often we get people looking to submit their purely on the basis of them being a Jewish filmmaker, but that won’t get you in. The film really has to, in some way or another, be informed – or informing – about Jewish identity, experience, culture, history. Sometimes it’s a little looser and takes a little more explanation, and that’s fine, but the way I always say it is this: if the Jewish element were taken out, the film would be materially different. So it can’t just have a character appear on screen for two seconds with a yarmulke, and if you took that scene out … what’s the difference? It really has to be somehow informing the narrative.

The next part of the filter is a certain level of production value, originality of storytelling, and a high level of distinctive art, which is certainly subjective, but we make no bones about that. And then, beyond that, what we’re choosing are films that are, as broadly possible, representative of the full scope of the Jewish experience. As much as you can do in a given year, anyway. We’re not the filmmakers; we’re not commissioning films, so there might be aspects of Jewish history that don’t make it on screen, but we’re very interested in the Diaspora. We’re very interested in stories that aren’t just Eastern European Jewish. Of course, we have a lot of films that cover the Holocaust, but we’re also interested in contemporary Jewish experience from first-time filmmakers in countries that are not on screen as often.

For example, we have a pair of films this year, one form Ghana and from Ethiopia. These are the kinds of things that, without our festival, it is very unlikely they would make their way to DC or to audiences at large, and those communities are important Jewish communities, and not the ones that people are traditionally looking at, as much. And it doesn’t even have to be communities from the Diaspora, it cold be stories, or the ways those stories are told, that are original and diverse. So once we have that balance of good art and the fact that it’s Jewish, what we’re looking for is how broad a representation can we have of the different manifestations of Jewish identity.

FFT: Are there any special movies, special guests, or special events this year that you would like people to know about?

IT: Sure. So there are certain films that we have highlighted as our Spotlight Selections, which include our two Visionary Awards, who are some of the highest-profile filmmakers that we have this year. For the first time ever, we are giving away two Visionary Awards. This is, in effect, our version of a Career Award, given to somebody who’s had a real influence on independent cinema for a long period of time, with a large number of films under their belt.

The first one we’re giving is to Barry Levinson, who in addition to being an Oscar-winner for Rain Man and the maker of other really well-known films like Good Morning, Vietnam, is heralded in the Jewish community, and beyond, for his Diner trilogy – actually a quartet, but it was meant, originally, to be a trilogy – about growing up Jewish in Baltimore, consisting of Diner, Tin Men, Avalon, and then the final one, from 1999, which we’re showing, called Liberty Heights, which I think is very timely, because it deals with the confluence of anti-Semitism and racism during a period when America was entering a charged political situation. We’re just thrilled to have him. He has a lot of ties to Baltimore, as you know, but he also went to school here in DC, at American University, and it’s great to have somebody of that stature come to the festival and talk about his career.

And the other Visionary Award we’re offering is to Agnieszka Holland, Oscar-nominated for her 1990 film Europa Europa, as well as for others, who is a major force in European filmmaking, telling sort of moralistic tales, or tales of confused morality. In addition, she’s also quite famous for working with David Simon, shooting multiple episodes of both The Wire and Treme. She has this incredible career spanning Polish films, and then in France. So we’re thrilled to have her. We’re showing her Angry Harvest, which is a very rarely screened film from 1985, which was nominated for an Oscar.

FFT: Beyond the Spotlight Screenings, how many films, total, have you programmed this year?

IT: We have 63 full-length features, which includes both narratives and docs, and then we have 18 short films.

FFT: Well, thank you very much! I look forward to seeing as much as I can!

IT: Thank you! Hope to see you there. 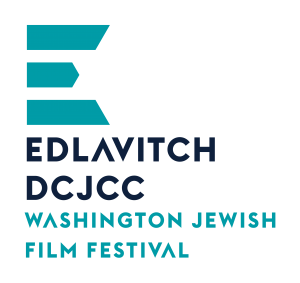 Again, for more information on tickets and screenings, please check out the festival’s website. It runs May 17-28, 2017.