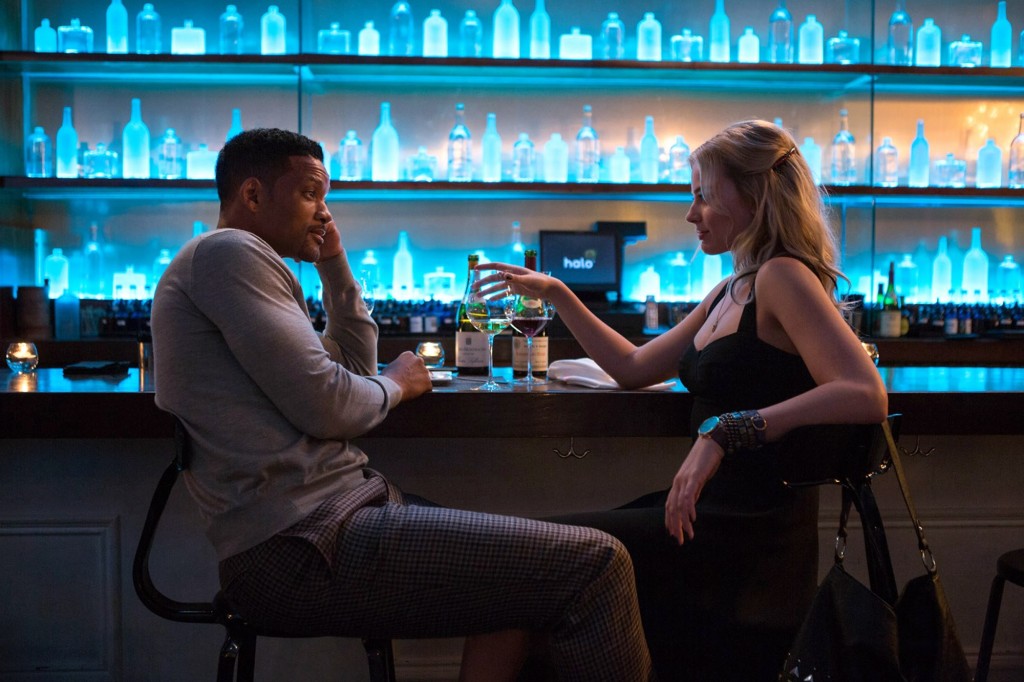 “Focus” is a slick con flick that’s occasionally reminiscent of David Mamet’s tragically overlooked “House of Games.” It’s not as smart as that 1987 buried treasure. It is, however, about as much fun as the best films in the “Ocean’s” trilogy. That’s not at all a bad class to be among. Above all else, “Focus” understands exactly what a good con movie should be: Thrilling, witty, and constantly keeping the audience on their toes.

Let’s just forget Will Smith was ever in “After Earth” and “Winter’s Tale.” In “Focus,” he’s back on track as Nicky Spurgeon, a conman who’s been in the game since he was a street rat. As an experienced scam artist, Nicky can see right through Margot Robbie’s Jess Barrett, a smalltime crook that tries to pull one over on him. Nicky believes that Jess has the makings of a first-rate hustler, nevertheless. As he shows her the tricks of the trade, the two get a little too close for Nicky’s taste. After going their separate ways, the loner Nicky plans to swindle a billionaire named Garriga (Rodrigo Santoro). The sting gets complicated, however, when Jess reenters the picture.

From Warren Beatty and Faye Dunaway in “Bonnie and Clyde” to Christian Bale and Amy Adams in “American Hustle,” movies like this all depend on the chemistry between the leads. Luckily for “Focus,” it’s two stars light up the screen every second they’re together. Cool, charming, and charismatic, Smith couldn’t be more perfectly cast as Nicky. Robbie, who previously shined as Jordan Belfort’s wife in “The Wolf of Wall Street,” brings a lot of humor, elegancy, and lovability to her femme fatale. “Focus” also manages to work in a few standout supporting performances, most notably Gerald McRaney as a senior henchman who just might be the smartest man in the room.

All of the actors, as well as the screenplay, do a wonderful job at keeping the audience guessing what’s a con and who’s scheming who. The film is full of exciting moments that build rising tension, ultimately delivering with an unexpected payoff. Granted, some of the twists are a little too convenient to fully buy into. This is one of those movies where it’s best not to call out the filmmakers’ bluff and just go along for the ride, though. On that basis, “Focus” is thoroughly entertaining throughout. It also at least makes more sense than “Now You See Me.”

The writing/directing duo of Glenn Ficarra and John Requa share a résumé that ranges from children’s animated programs like “The Angry Beavers,” to dark comedies like “Bad Santa,” to romcoms like “Crazy, Stupid, Love.” Like a good conman, they can play a variety of different rhythms and adjust well to their surroundings. While this is somewhat new territory for them, they transition to the genre quite nicely with great finesse and of course great focus. They’ve made a film that knows what it wants to be and their vision goes off without a hitch.