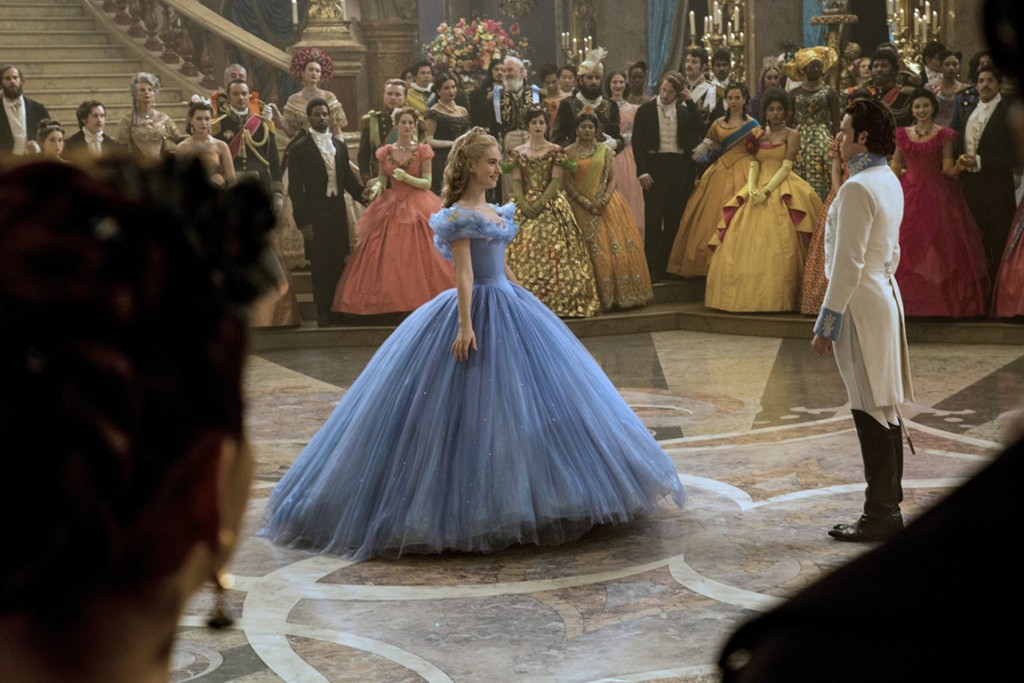 Chances are you either love or hate last year’s “Maleficent” and Tim Burton’s 2010 remake of “Alice in Wonderland.” Personally, I’m split on them. Both films have some dazzling visuals, standout performances, and inspired ideas. Compared to their animated predecessors and even as standalone films, though, neither fully materializes on a storytelling level. Kenneth Branagh’s “Cinderella” is the first live-action Disney remake to get things right, staying true to the original classic while offering something new too.

For the most part, this is the same Cinderella story that’s been passed down for generations. Girl loses parents, girl gains evil stepmother, girl meets prince, girl gets glass slippers, girl loses prince, girl loses glass slipper, girl and prince find each other again, and they live happily ever after. Since this is such a familiar narrative, there really wasn’t any need for Disney to make another version. Watching Branagh’s “Cinderella,” however, you occasionally feel like you’re hearing this fairytale for the first time.

Just as Branagh made the best looking interpretation of “Hamlet” ever put on film, he’s done the same for “Cinderella.” Everything from the colorful costumes to the stunning sets pop out at the audience, immersing us in a truly magical storybook world. What’s more, Branagh does a wonderful job at staging every scene, whether it’s an extravagant ball with hundreds of extras or a more intimate conversation between two people in a small room. This is such a visually grand piece that you must see it on the big screen.

As great as the presentation is, the beauty of Branagh’s picture is far from skin-deep. Cate Blanchett gives a pitch perfect performance as Lady Tremaine aka Cinderella’s evil stepmother. Often hiding her malevolence behind a cunning grin, Blanchett manages to be so cruel and calculating with the tiniest of actions. She’s a villain we love to hate, but Chris Weitz’s screenplay gives her a little more depth than you might expect. While Tremaine never becomes an entirely sympathetic character, Blanchett does have a dynamite scene in the final act that offers a glimpse of why this woman is such a miserable witch.

We additionally get some fine work from Derek Jacobi as the King, Sophie McShera and Holliday Grainger as the ugly stepsisters, and Helena Bonham Carter as the Fairy Godmother. Yet, the movie appropriately belongs to Lily James’ Cinderella. James shines as the iconic princess who’s as beautiful on the inside as she is on the outside, firmly believing that courage and kindness are the essential components of life.

Many have debated in recent years whether Cinderella encourages a negative moral seeing how she basically just sits around and waits for her prince to come. Nevertheless, the best portrayals of Cinderella understand that there’s more to this character than a sheltered little girl. While not as modern as a princess like Elsa, Cinderella is hardworking, compassionate towards others, and remains strong even during the darkest of times. As Cinderella, Lily James encompasses the very best of humanity and everything that’s right with the world. How could anybody like that not be a good role model?

Of course we also get a touch of romance between Cinderella and Prince Charming, played by Richard Madden from “Game of Thrones.” Once again, they meet and almost immediately fall in love. Given the incredibly chemistry between these actors, good pacing, and some nicely written dialog, though, you really believe their instantaneous connection. That’s more than can be said about the lovers in “Fifty Shades of Grey.”

If you’re going to introduce your child to the story of Cinderella, Walt Disney’s 1950 animated masterpiece is still the best. The fact that this “Cinderella” earns a worthy comparison is still an achievement, however. In Branagh’s hands, this remains a delightful, exciting, and timeless story that will never get old. Walking out of the theater, you’ll not only feel more hopeful, but inspired to spread goodwill everywhere you go next.