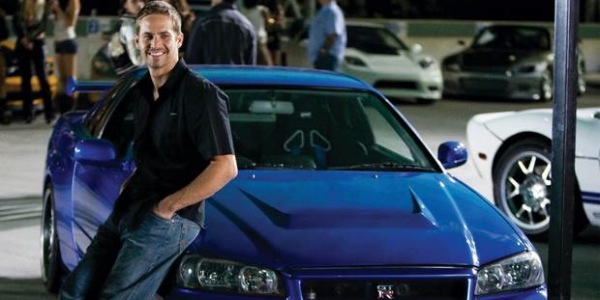 When “The Fast and the Furious” came out almost a decade and a half ago, nobody probably thought it would spawn six sequels. While the franchise’s longevity is surprising, what’s even more unexpected is its boost in quality over the years. Most series officially run out of gas by the third entry. “Fast & Furious,” on the other hand, somehow manages to keep giving audiences exactly what they want in an inventive, well produced, and insanely fun manner. Rather than aging like convenience store beer, the movies have aged like convenience store wine. Maybe that’s because they had nowhere to go but up, although it’s at least more than can be said about “Transformers” or other soulless blockbusters.

Soul has actually become a key component of these “Fast & Furious” flicks. For a premise that essentially started as car porn meets “Point Break,” these characters have remarkably snuck up us. Okay, Vin Diesel’s Dominic and his rebellious crew will never be deeply analyzed in film classes. They do share a powerful family bond, though, that’s shockingly effective. For all the idiotic, mindless escapism these movies provide, they’ve also created people we genuinely care about. It’s truly saddening to think that “Furious 7” will be the late Paul Walker’s final ride as Brian O’Conner. He goes out on a high note, however, with the biggest, most over-the-top, and most involving “Fast & Furious” movie to date.

Considering his roles in “Crank,” “Death Race,” “The Italian Job,” and the “Transporter” trilogy, it’s a sin Jason Statham’s only just now appearing in a “Fast & Furious” picture. He’s right at home here as Deckard Shaw, the older brother of the previous film’s villain. Now Deckard wants retribution for his crippled bro and targets Dom, Brian, and the rest. Deckard even succeeds in offing Sung Kang’s Han, whose death has been preordained since “Tokyo Drift.” For a story that obviously wasn’t mapped out in advance, “Furious 7” does a clever job at bringing everything full circle.

Of course the story is the last reason why people are going to line up for this movie. We’re geared up for the mind-blowing car chases, fights, and stunts. With “Fast Five” and “Fat & Furious 6,” Justin Lin strived to be as shamelessly ridiculous as ever. Director James Wan defies all logic here as our heroes parachute their cars out of planes and drive out skyscraper windows. Whether the action set pieces leave you applauding or laughing hysterically, they’re clearly doing something right.

What keeps us invested in these cartoonish exploits is that the characters are so likable. Almost every major player from the previous films is given time to shine. The only one we could have used a bit more of is Dwayne Johnson’s Hobbs, but he still easily steals the movie’s best one-liners and macho moments. We also get a few notably new additions like Kurt Russell as a slick agent without a name, Djimon Hounsou as a mercenary without a moral code, and Nathalie Emmanuel as the most beautiful hacker on the planet.

“Furious 7” ultimately remembers that this series all started with the friendship between Dom and Brian. While some of the CGI required to complete Walker’s unfinished scenes can be distracting, the film still leaves these two guys parting ways with a perfect final image. It’d be truly fitting is this was the final “Fast & Furious” film we ever go. Since the franchise has become an ironic metaphor for an endless road, though, we can count on plenty more ludicrous races, ludicrous heists, and Chris ‘Ludacris’ Bridges. And you know what? That doesn’t sound too bad.